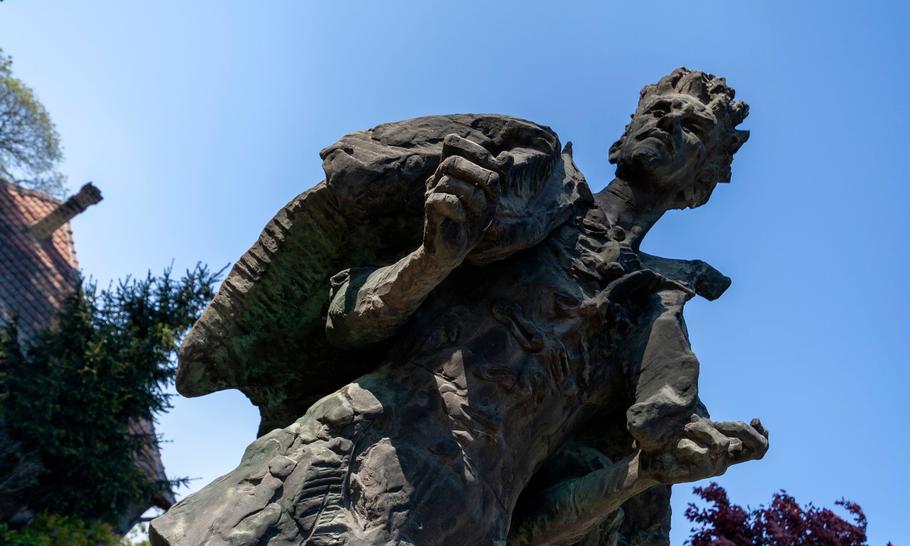 Sándor Petőfi, the National Poet of Hungary, lived in the first part of the 19th century (1823-1849). Petőfi died at the age of 26 in the battle of Segesvár (now Sighisoara in Romania) fighting against the Russians, whom the Austrians called in to help suppress the Hungarian Revolution of 1848. He hated tyranny, hated aristocrats and above all hated kings.

A poet much better known is Heinrich Heine, who lived at around the same time (1797-1856). Whereas Petőfi fought on the battlefield, Heine was an armchair revolutionary who did his university studies thanks to the financial support of his uncle, Samuel Heine, a banker in Hamburg.

Heine ’ s revolutionary credentials were nevertheless genuine. One of the most revolutionary poems ever written was penned by him. The subject was the revolt of the Silesian Weavers in 1844. Each verse hurled a curse upon authority responsible for the revolt ’ s brutal oppression: one curse upon God, one curse upon the King and one upon the false Fatherland. Five years later Heine stood up again for freedom when the Hungarian Revolution of 1848 was crushed by the combined armies of Austria and Russia. He expressed his admiration of the Hungarians in his poem Im Oktober 1849 :  “ Wenn ich den Namen Ungarn hör, wird mir das deutsche Wams zu enge, braust darunter wie ein Meer,  Mir  ist,   als  gr üßten mich Trompetenkl änge! “When I hear of Hungary [Hungary ’ s 1848 revolution] , I feel my German doublet too tight, as if I heard the roar of the sea and the wild sounds of trumpets.”

Heine had an enormous output of verse and prose. Even in his “mattress grave”, when he was fatally ill and no longer mobile, his views did not change. This is a rare occurrence. Most people of intellect, including novelists and poets, are rabid revolutionaries in their youth but later, when hit by the need to earn their daily bread, they become pillars of society. A proof that Heine did not change his views may be offered by quoting one of his last poems, entitled 1649-1793-???. Surely, an unusual title, just numbers and three question marks. A puzzle, but the solution is not too difficult as 1649 is the year when Charles I of England was executed. In 1793 a similar fate befell the royal couple in France. Hence the only possible meaning of the three question-marks is that when, oh when, shall we see a German monarch losing his head.

The poem has five verses. The first three dwell briefly on the story of the royal personages mentioned above. The conclusion is that both the English and the French were rather rude, a behaviour condemned by Heine, and contrasted with the likely behaviour of the Germans when they eventually reach that stage. The question marks also express a certain lack of patience. For heaven ’ s sake, when shall we, Germans, send a king to the scaffold? The last verse of the poem is devoted to the likely actions of the Germans when they contemplate regicide. I give that verse below, with my rather imperfect translation:

The Germans will his Majesty
Treat with utmost piety
A coach for royals at his service
Driven by six splendid horses
The coachman sitting high,
He can ’ t help it, he must cry.
Thus will the Monarch reach the place
To be guillotined with courtly grace.

So let ’ s go back to Petőfi. He was Hungary ’ s greatest lyric poet, but his love for revolution trumped even the greatest earthly love.  He made it quite clear:

He also wrote many poems full of subtle irony. But when it came to kings, all subtleness disappeared. He did not mince his words. One well known poem of his has a call for direct action already in the title: “ Hang the Kings!” Well, nobody could be more direct than that. I shall actually quote a verse from another poem, equally bloodthirsty. The title is: “The King and the Executioner”. Here it is with my translation:

Friendship and mercy for all
But not for Kings. Never.
My lyre and sabre I shall throw away
And shall be the executioner myself
If nobody else volunteers.
Hang the Kings!

Meanwhile, we should not forget Heine ’ s love poetry. Perhaps the most dramatic, the most imaginative, the most expressive love poem ever written was penned by him. I knew it well. In my younger days, I quoted it to my girlfriends, always substituting  the current name at the end of the poem. Here is the relevant part:

With my bare hands, from Norway’s forests,
I tear the tallest pine
And plunge it into
Etna’s glowing lava and with that
Giant flaming torch
I write upon the dark vault of heaven:
“Agnes, I love you!”

I presume I could have included English poets who were critical of kings. Lord Byron, a born revolutionary, wrote a long satirical poem in which the good guys (with Satan as their leader) managed to prevent George III entering heaven. Another poet, John Milton, argued in many political tracts that regicide is permissible because nobody is above the Law. But that ’ s another story.