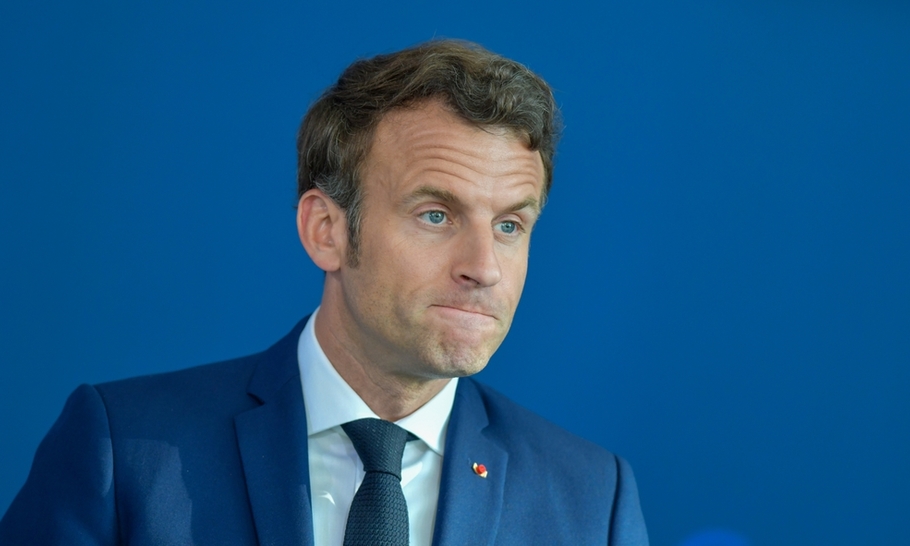 The defeat of President Macron in this month’s parliamentary elections seems to have come as a surprise to many British writers who cover France. His surprising arrival on the global political scene in 2017 appeared to herald a renewal of politics in Europe. It was the last outing of Blairism — the search for the philosopher ’ s stone of harnessing Davos elite economic liberalism to some vaguely progressive social policy and leaner state administration.

But Emmanuel Macron ’ s project was more audacious. It was nothing less that to create democracy without political parties. When he won in 2017, a good number of Socialist Party deputies who wanted to see the French Left embrace social democracy offered their help. Macron was not interested. He wanted his own team, mainly technocrats, management consultants, men and women who had run something effectively in both private and public sectors.

He had a big project — a renewal of Europe — but did not seem to understand that the makers of Europe were party politicians, mainly Christian Democrat and Liberal. He made a bold speech at the Sorbonne calling for a Europe enlarged to include the west Balkan states, still in limbo 20 years after the end of the Milosevic wars and genocidal killings at Srebrenica and in Kosovo.

He got on well with Angela Merkel, both leaders speaking English, like Helmut Schmidt and Valéry Giscard D ’ Estaing in the 1970s. In fact there are parallels between Macron and Giscard, also an elite technocratic finance minister with no real party base, who served one seven-year term as President before being beaten by Franç ois Mitterrand in 1981.

There was, however, no Mitterrand available in France in recent years. Instead French political passions, rather like those in England under Corbyn and Johnson, have been channelled into populist hostility to Europe. This has been expressed by the two main anti-Macron politicians : Marine Le Pen for the hard Right and Jean-Luc M é lenchon for the hard Left.

Like Corbyn, both Le Pen and M élenchon were hostile to Nato, refused to criticise Putin, and advocated generous hikes in the minimum wage, lower pension ages and local referendums on wind or nuclear power. So Macron was able to win a second five-year term as President against an unelectable Le Pen, just as Johnson easily beat off the unelectable Corbyn.

But a French President, despite his power and status, still needs a working majority in the National Assembly to pass any laws. Macron never bothered with party politics and his own LREM (La R é publique en marche) never sunk roots, held any congresses to devise policy or select candidates, or did any of the boring work that parties do to make democracy function.

Like Giscard, Macron ’ s haughty  de haut en bas  style grated on too many French nerves. Intermediary organisations representing economic and civil society — such as trade unions, powerful city councils, or even a vibrant press based on reporting not commenting — are very weak in France. In the name of all citizens being equal in the myth of the republic, France does not even collect statistics on its BAME citizens and has a much weaker record than Britain on devising policies to promote Muslim and black citizens into leadership positions. Compared to the Johnson Cabinet, the Macron Council of Ministers has been largely an all-white affair.

The only way France had to express itself was by going down into  la rue  – the street — or to block roundabouts during the gilets jaunes protests against hikes in fuel duty to discourage driving in a country twice the size of Britain. Other protests over vaccinations or more recently hospital doctors and nurses have filled the street.

Now France has decided to make the country ungovernable. The biggest single block of voters in Sunday ’ s second round vote to elected 577 deputies to the National Assembly consisted of abstainers. 54% of voters showed what they thought of French democracy by not voting.

Macron has failed to get a working majority – rather like Theresa May in 2017. The racist Marine Le Pen’s bloc of 89 National Rally deputies won ’ t help him. Jean-Luc M é lenchon may have deprived Macron of his majority by winning 131 seats, but will soon discover that Green and Socialist Party deputies who won seats running under his NUPES banner won ’ t buy his anti-European, pro-Putin nostrums. The 64 deputies of the main centre -Right party, les Ré publicains, will now focus on a comeback at the 2027 elections.

Michel Barnier is doing media rounds as a veteran minister, life-long member of the centre-Right in its different formulations, a social (i.e. Left) Gaullist and a born conciliator. He may replace the unknown technocrat Elizabeth Borne, whom Macron named as Prime Minister soon after he won the presidential election. But Barnier is unlikely to bring Les Républicains around to be junior partners of Macron. They will look at the 89 deputies elected on the Marine Le Pen ticket , which was openly racist and anti-Muslim. The French Right is now reorganising around a much more aggressive identity and cultural politics, not dissimilar to developments in the US and UK after Trump and Brexit.

It may be too dramatic to say France is edging towards being ungovernable but a President who cannot make laws is very weak. No fewer than 13 European prime ministers signed a letter rejecting his proposals for more majority voting in the European Council. Macron has poisonous relations with Poland and Britain. His main allies are also weak. Olaf Scholz only won a quarter of the votes in Germany to become Chancellor. In Italy, Mario Draghi, the technocratic banker Prime Minister, faces losing power in next year as the Le Pen-style populist Fratelli (Brothers of Italy) party looks set to make big wins.

There were no partners for a weakened Macron at European level and he has no party network to shape EU policy. Emmanuel Macron remain s a European leader of talent, forceful and still young. But his disdain for “ old” politics and the complexities of democracy has led him into an impasse. France and Europe will now be much weaker in this political cycle. Macronphobes in England may rejoice, but a French p”President still controls all the levers of international policy. The endless sneers and insults aimed at Macron by Boris Johnson, his ministers and the anti-Macron press will not make solving the numerous problems Britain has with Europe any easier.