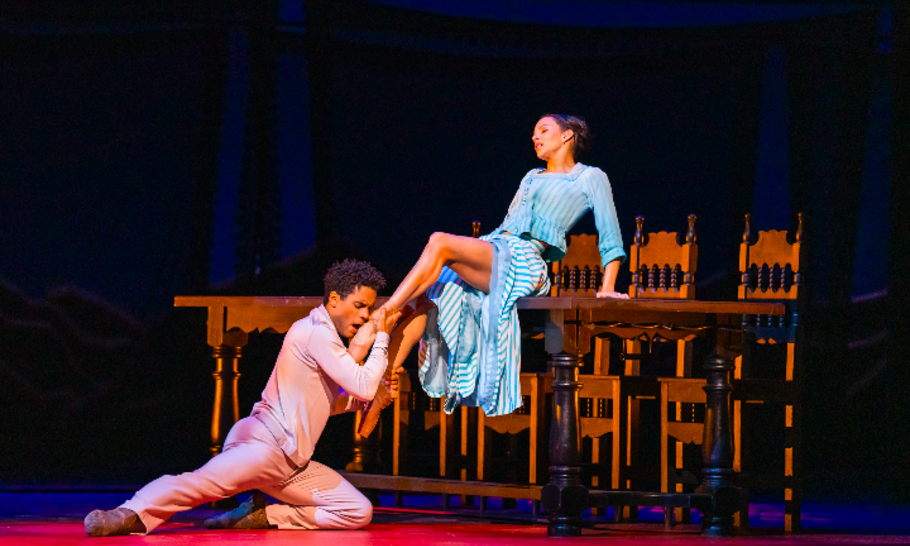 Like Water for Chocolate, a new work performed by the Royal Ballet, was originally a novel by the Mexican writer Laura Esquivel. She chose the title as a metaphor for emotions that are constantly in danger of boiling over, like the water for making hot chocolate. The genre is magical realism, as in that famous novel One Hundred Years of Solitude by Gabriel Garc ía Márquez, although the timescale is shorter.

The story covers three generations of the De la Garza family, and its main protagonists are Tita and Pedro. Tita as the youngest daughter is not free to marry. According to family tradition, she must care for her mother, the formidable Elena De la Garza, in her old age, so she cannot marry her neighbour Pedro. Instead, the family matriarch offers him the hand of her sister Rosaura, and he accepts as it will allow him to remain close to his beloved Tita. In the original novel Tita expresses herself through her cooking, but in the ballet her emotions are expressed through Christopher Wheeldon ’ s choreography and Joby Talbot ’ s music, which creates a sound world inspired by the essence of Mexican music.

After Wheeldon began to establish himself with short abstract ballets, he turned to full length narrative ballets with Alice ’ s Adventures in Wonderland and The Winter ’ s Tale , both with music by Talbot. Here he continues in similar style on a theme with magical undercurrents. The staging preserves the air of magic with Bob Crowley ’ s designs . For example, Mama Elena is transformed from matriarch to monster, clothed in a voluminous, undulating dress manipulated by six invisible dancers. Wheeldon ’ s choreography evokes Mexican dance rhythms by adding weight to his usual classical style and freeing the upper body to engage in an earthier sexual abandon. And throughout the ballet the lighting evokes a far warmer and sunnier clime than we have in Europe, even in the south.

Altogether, the Royal Ballet created an intriguing production that does justice to the author ’ s cast of strong female characters who rule the ranch and express their deeply felt love and emotions. I ’ m not sure the storytelling comes across, however, unless you have read up on it beforehand. When the late, great Frederick Ashton was creating ballets, he would go into the street to bring in members of the public and ask whether they understood what was going on. The creators understand it all too well, of course, but the audience may have more difficulty grasping what is happening.

However, as an up-market stage spectacle, Like Water for Chocolate made for a compelling evening. The audience loved it, particularly with the luxury casting that included Francesca Hayward and Marcelino Samb é as Tita and Pedro, along with Laura Morera as Mama Elena, Mayara Magri as Rosaura and Matthew Ball as the family physician Doctor John.