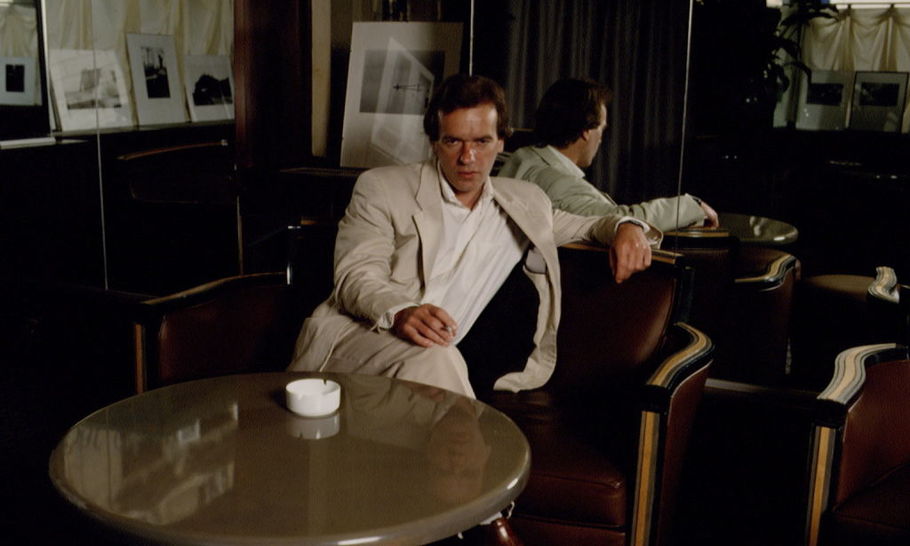 “The writer’s life is tripartite, divided between writing and reading and… oh yeah, living. Don’t forget living. That has to be got done too.” So runs one of the many footnotes in Martin Amis’s hulking new book Inside Story (Jonathan Cape). It is a work in which Amis ruminates at length on his own writing, reading and, yes, living. It sounds autobiographical, like a companion-piece or second volume to his 2000 memoir Experience. However, it is being pushed and published as a novel, a fictional retelling of key episodes in an eventful life and an illustrious career.

And yet it isn’t exactly that. As Amis explains in his introduction: “[I]t won’t read like a novel — more like a collection of linked short stories, with essayistic detours.” And those stories and essays aren’t always about Amis. Around his self-portrait of an artist at work, rest and play are absorbing riffs on everything from Israel to 9/11 to fellow authors past and present, together with a crash course in scattered sections on how to write. Along the way he also turns his attention to three influential figures in his life. If Experience shone a light on Amis’s parents, Kingsley and Hilly, then Inside Story illuminates his relationship with literary gurus Philip Larkin and Saul Bellow, and with his closest and longest-serving friend, Christopher Hitchens.

Amis tells us at the outset that the book is a second attempt after a disastrous aborted effort. More than a decade ago, while living in Uruguay, he wrote the first 100,000 words of what was provisionally and rather dubiously called Life: A Novel. When he reread the manuscript he realised he had wasted thirty months. “Life was dead.” Worse, he believed he was finished as a writer.

Amis has still got it — fierce intelligence, scabrous wit, a sharp analytical eye, a unique way with words — as this book he brought back from the dead makes evident. He covers a lot of ground. There are, of course, brief encounters and lasting affairs with women. Some names have been changed to protect the innocent, and some have just been tweaked to create distance (Amis’s wife, Isabel Elena Fonseca, is referred to throughout as Elena). The most striking female presence is that of a woman named or renamed Phoebe Phelps. She catches Amis’s eye on a side street near Notting Hill Gate one April afternoon in 1976. He seizes the day and strikes up a conversation with her and wins her round. Their tempestuous romance takes up a significant chunk of the first half of the book and continues sporadically beyond. A vamp, a gambler and a one-time escort girl, Phoebe casts a spell and leaves a mark on Amis. But she is also a “cryptogram” he needs and wants to solve, and that involves waiting for her to disclose secrets about her troubled past.

In more than one section on 9/11 Amis traces the run-up and reports on the day itself. He stares transfixed at the TV and watches in real-time the second plane “homing in like a cartoon hornet over the stocky black skyscape of downtown.” On the next page he switches metaphor, somewhat less successfully: now that aircraft is more menacing, resembling “a cross between a carnivorous bull and an ink-black shark, seeming to rear up in greedy anticipation before putting its head down for the urgent rush of the charge.” He is at his most compelling afterwards as he struggles to process the enormity of the catastrophe. On September 12 he confesses to sitting slumped at his desk, numbly smoking, unable to go about his creative business as fiction was “demoted to nonentity”. Later, in November, he visits Ground Zero where the stench of death has been replaced by air redolent of “doused flames, scorched electrics, and the dusty undertaste of a lost battle”.

Elsewhere we have Amis’s extended thoughts on the Holocaust, both World Wars, and French anti-Americanism on the eve of the bombing of Baghdad. There are snapshots of Iris Murdoch and Amis’s stepmother Elizabeth Jane Howard, entertaining accounts of his Soho shenanigans with Hitchens (“the Hitch”) in the mid-70s, and no end of literary appraisals. For Amis, Vladimir Nabokov’s guiding light still burns bright. In contrast, Graham Greene is now both a fallen idol and a burnt-out case: incredulously revisiting Brighton Rock and The End of the Affair after forty years brings Amis to the renewed opinion that Greene “could hardly hold a pen.”

Amis’s views are just as forceful in the book’s incongruous yet instructive parts on the writer’s craft. His crash course comprises nuts-and-bolts grammar rules, imparted wisdom on style, structure, genre, dialogue and the avoidance of clichés, plus raised awareness of the existence and merits of what he terms the accelerated novel, the babble novel and the smirk novel. In addition to telling us what fiction can and cannot do, Amis outlines what the author should or shouldn’t do. All warnings about cultural appropriation should be forgotten: “Go where your pen takes you,” he implores, for “Fiction is freedom, and freedom is indivisible.” Certain subject matter should be incorporated sparingly: “People who talk at any length about dreams, or about sex, will soon find themselves standing alone at the bar. And the same goes for faith,” he adds, with a nod towards pub-bore Greene.

Three people who knew perfectly well how to write are the poet, the novelist and the essayist who left a lasting impression on Amis. All three loom large in the book. Larkin, “the Hermit of Hull” and the son of a Nazi-sympathiser father, comes over as the ultimate misanthropic oddball-loner, a man who hated children, wallowed in self-gloom, and fantasised about schoolgirls. Amis leavens the rough with some smooth by sketching potted histories of the women in Larkin’s life and by arguing that he is, contrary to popular opinion, “by many magnitudes the funniest poet in English.” Bellow is lauded with another superlative — the greatest American writer — and appears as a surrogate father and valued mentor. Amis is in thrall to Bellow’s great mind on a trip to Jerusalem and at an academic conference on Joseph Conrad, and the pair become close over the years. When Alzheimer’s takes hold and starts to shut that brilliant mind down, Amis provides comfort. In one strangely moving scene they sit together in Bellow’s Boston home watching James Bond and Pirates of the Caribbean videos, the old master a husk of his former self.

And then there are the shared recollections of Amis’s time spent with the Hitch, from their boozy escapades at the New Statesman to their last moments together in the Houston hospital where Hitchens was undergoing gruelling experimental treatment for terminal oesophageal cancer. Amis’s recreation of their banter and their debates, their highs and their lows, is shot through with caustic humour, frank truths, intellectual stimulation and mutual affection. There is real poignancy when Hitchens announces that he has had enough and refuses further treatment. “He had run out of dry land, and recognised that the time had properly come to make the crossing,” Amis writes. He is there to observe that crossing, a quiet, painless transition from one side to the other.

This is a rare moment of calm in an otherwise hectic narrative, one bustling and brimming with a hotchpotch of ideas, opinions and stories. Amis is often accused of prioritising style over substance: this is a writer who called the female victim of his 1989 novel London Fields a “murderee” and who on the fifth anniversary of 9/11 bewailed “the age of horrorism”. Inside Story contains its fair share of over-writing, with Amis resorting to verbal trickery and all-round smart-arsery. Traffic lights can’t be red, amber and green, they must be lime, gold and rose. His beginning, middle and end are preludial, interludial and postludial. And then there is his reaction to the news of his mother’s death: “I just deliquesced.” On top of this the novel is bookended by several chummy addresses to the reader (“Before we go on to the next chapter do you mind if we take a short break?”), all of which should bring us closer but instead push us further away.

Fortunately there is far more to admire than to carp at. It is hard to fault the sheer momentum which keeps us turning the pages. When the prose is controlled it bristles with energy. Neat aperçus stud the page, taking the form of pithy aphorisms, lyrical descriptions or pert-one-liners. “Satire,” according to Amis, “is best understood as militant irony.” “Jerusalem remains the planetary HQ of idolatry. It is a low-lying babel of confessions.” Arrogance is kept in check by regular bouts of self-effacement (Amis is “the titch-in-chief, the oldtimer from Lilliput”). Insight and literary showmanship are on display through close readings of classic works. There is ample food for thought and rich comic effects. And the powerful sections on fallen friends and attendant grief are worth the purchase price alone.

“Novels,” writes Amis, “are sensitive, because you’re exposing who you really are.” This autobiographical novel (or is it a novelised autobiography?) doesn’t expose too much of Amis. It is neither the full story nor a warts-and-all portrait. But it is still more than enough.