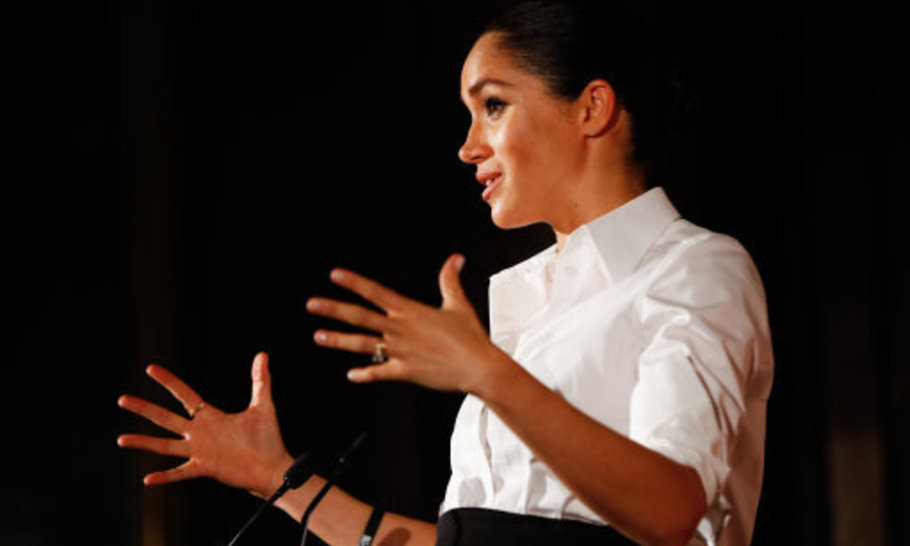 Reports emerged over the weekend that Meghan Markle is “considering running for President” in 2024 and networking with senior Democrats. A source told the Mail on Sunday that “the Blairite, internationalist and Democratic Party networks are buzzing”.

Yes, that’s right: a member of the British Royal Family — the same family which the American republicans revolted against in 1776 — wants to be a President as well as princess. If only George III had thought of that.

But is it possible? The short answer is “yes”. Meghan would have to renounce her royal title in order to hold public office in the US, but otherwise she does fulfil the constitutional criteria to be President: she is over the age of 35, she is a natural-born citizen and she has been a resident there for at least fourteen years.

A presidential run seems likely — if not in 2024, then certainly at some point. After all, Meghan did not renounce her US citizenship upon moving to the UK and becoming a member of the Royal Family; a friend told Vanity Fair that one of the reasons for this was to keep her political options open. Last year the bookies had her odds of winning the 2024 election at 50/1.

But does a former Hollywood actress with no prior experience of holding public office really have a shot at winning the White House?

She certainly wouldn’t be the first outsider to do so. Donald Trump showed that political experience was no prerequisite in 2016 and one of America’s best-known presidents, Ronald Reagan, was, like Meghan, a former Hollywood B-lister too. When asked by a reporter how an actor could run for President, Reagan replied “How can a president not be an actor?”

Meghan, of course, supported Hillary Clinton in 2016 and all but declared her support for Joe Biden in a video last year. And from her philanthropic work as Duchess, to her interviews with the press and her own forays into journalism (like guest editing Vogue), we know that she cares passionately about feminism, environmentalism and social justice.

Perhaps most importantly, however, is the fact that Meghan has already proven herself to be a capable politician. In only a few short years she has emerged from relative obscurity to marry into and subsequently outwit one of the world’s most powerful families. She is now a regular on the “world’s most influential people” lists and has a success rate in court to match the character she portrayed in the legal drama Suits.

Her recent interview with Oprah Winfrey, with its explosive claims, drip-fed promotion and primetime slot on International Women’s Day, was a masterclass in politics. And while her popularity has suffered in the UK as a result, it has held firm with the people who elect US presidents: Americans.

Of course, were Meghan to seek the Democratic nomination she would have to fight for it. Biden’s Vice President and the first woman and woman of colour to hold the office, Kamala Harris, will no doubt see herself as heir apparent — not to mention the other Democrats for whom public service has been a lifelong vocation. And Meghan would inevitably be the subject of conspiracy theories, racism and sexism.

But she would also have several legitimate drawbacks as a presidential candidate. Not only is she a royal and a fully paid up member of the coastal elite, but a divorced and areligious one who is estranged from her own family and now infamous for dividing another. In a proud republic which prizes family values and belief in God, these things matter. Not to mention the fact that she is being investigated over multiple allegations of bullying.

Of course, Meghan would not be the first rebellious child, divorcee, alleged bully or agnostic to occupy the White House. But to get there you need to do more than break the glass ceiling — just ask Hillary Clinton.

As even the most casual observer of American politics now knows, the path to the White House lays through the key battleground states in the Midwest. The Democrats are already struggling in these states and only reclaimed them from Donald Trump thanks to Joe Biden — and even then, it was only by a few thousand voters. Barack Obama managed it by picking Biden as his running mate. Who knows, maybe Meghan will do the same?

Trump himself clearly fancies himself against Meghan – last night he weighed on the possibility of her candidacy and said he “hope that happen(s)” because he would then “have an even stronger feeling towards running”.