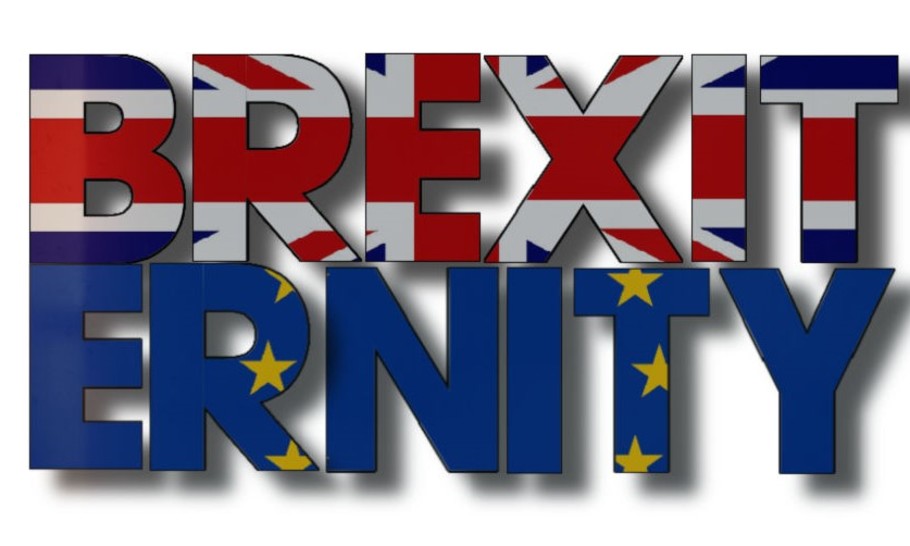 I first used the word “Brexit” a decade ago, in 2012, and more recently coined “Brexiternity” – the title for my last book on the subject in 2019.  Now it seems the new modish word is “Bregret”. It has become impossible to find anyone writing, at least in the posh papers, who is not reporting on the Brexit regretters.

The opinion polls have swung strongly away from endorsing Brexit. There is a stable and unwavering majority in all opinion polls of around 53-47 that the 2016 vote was a mistake.

It is easy and low polemics to point out the untruths in the anti-European camp, not least Boris Johnson’s promise in the Daily Telegraph on 27 June 2016 “British people will still be able to go and work in the EU; to live; to travel; to study; to buy homes and to settle down. There will continue to be free trade, and access to the Single Market.”

Let us be kind and assume that Johnson believed what he was saying at the time he said it. Like other evangelists for a rupture with Europe, he may genuinely have believed that Brexit would lead to a new reborn Britain, trading profitably with the world, being seen at the head of new Anglosphere project, with much lower immigration. Britain, they thought, would become a more homogenous society, as we would no longer have to obey any rules from the functionaries of Brussels.

But now, in the seventh year of Brexit, perhaps only Jacob Rees-Mogg still believes this fantasy. In the best tradition of the German stab-in-the-back legend (Dolchstosslegende), the ardent isolationists denounce the hapless, poor (actually sensationally rich) Rishi Sunak and everyone under the English sun for their craven failure to make Brexit work. They should have been standing up to and denouncing the EU with greater ferocity, forcing Brussels to bend to England’s will.

But the public are no longer buying this. “I think the truth is that Brexit is now probably less popular than it has been at any point since June 2016,” says our supreme polling guru, Professor Sir John Curtice.

“At the moment, it looks as though the 2016 referendum is going to be as unsuccessful as the 1975 one was in proving to be a permanent settlement of this debate…We are as a country divided down the middle on this subject and it looks as though we are going to continue to be so for the foreseeable future.”

Yet, as Sir Keir Starmer made clear on Radio 4 this morning, the Labour Party is quite determined not to offer any comfort to hospitals, who have lost 4,000 EU doctors since 2016; to farmers who can’t find workers to pull leeks out of freezing fields and prepare, pack and despatch food; all delivery firms; Lord Wolfson’s fashion chain Next, which can’t find suitable employees; working families who need some help to look after babies and toddlers; and many other firms and citizens who are the losers from the 2016 rupture with the European Union.

When she became Prime Minister, Theresa May declared: “We can make Brexit work for Britain.” Sir Keir never tires of repeating Mrs May’s incantation. Can a negative be made to work? Could appeasement or isolationism have been made to work?  Labour feels, probably rightly, that even to question Brexit is to open the floodgates of news headlines on freedom of movement, or as some tabloid editors call it, “out-of-control mass immigration”.

A BRG poll for The I paper last week showed a 41-24 divide on Brexit harming trade not with Europe but with other countries. This was confirmed by the former DEFRA Secretary, George Eustice, who denounced the trade deal with Australia, which was hurried through by the inexperienced Liz Truss. The agreement will open the way to hormone-altered beef and lamb, destroying sales from British farms.

The divide was greater (52-15) on the loss of trade with Europe and 52-14 on the rise in cost-of-living those polled felt had been worsened by cutting links with Europe. There was a 42-20 split on the harm Brexit has done to Britain’s standing in the world, and a 45-13 divide on the harm Brexit had done to politics in Northern Ireland.

The CBI warns that UK GDP will fall by 0.4% in 2023, downgrading its previous forecast of 1% growth, with business investment 9% below pre-pandemic levels by the end of 2024. A major driver of inward investment until Brexit had been EU trade, ever since Margaret Thatcher’s creation of the European Single Market which attracted Japanese car firms to set up in the UK and turned the City of London into a global financial centre.

Now the Paris Bourse’s capitalisation is higher than that of the London Stock Exchange and more Japanese firms are opening up in Germany than Britain.

Some pro-EU commentators, such as Professor Timothy Garton Ash, argue that “Reality has caught up with the Brexitists …the residual belief in Brexit among those who voted for it, which held up for many years, seems to have snapped.”

The polls seem to support him, but they matter little. All politicians, at least in England – Tory, Labour or even LibDem — say Brexit cannot be questioned, altered, challenged. For as long as that consensus lasts, the future of Britain’s relationship with the EU will be little different from today.

Once again, pro-Europeans may be letting wishes become fathers to their thoughts. Brexiternity goes on and on.