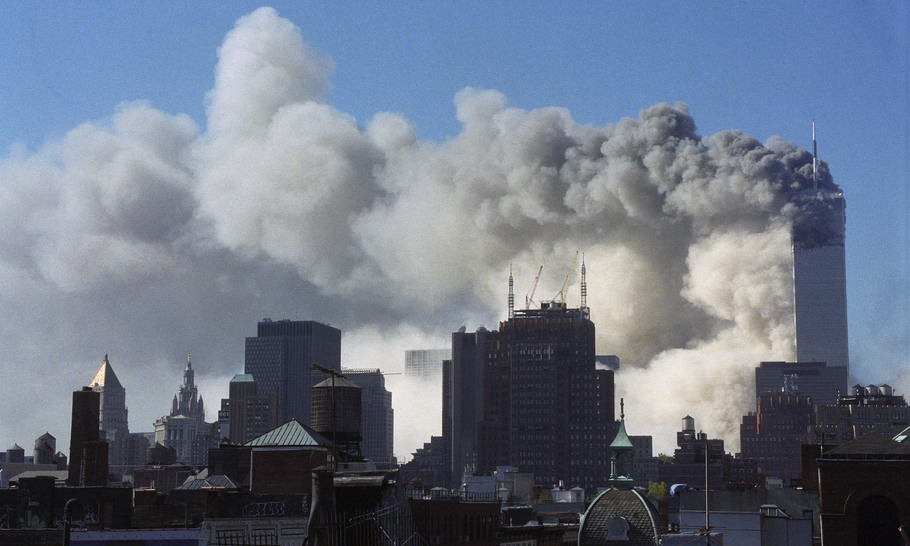 On September 11, 2001, I had been invited to lunch at an expensive restaurant in St James’s Street by two Belgian oil traders I had not previously met. They were wondering whether they should take the plunge into the rapidly developing European short-term gas market and wanted my opinion as the originator and publisher of the leading UK gas market price report.

We were discussing the intricacies of the competitive gas market when the maî tre-d ’ told us that an airplane had crashed into the World Trade Center in Manhattan. This was just before 2 pm, or 9 am in New York. We looked suitably grave but carried on. A few minutes later the maî tre-d ’ was back with the full story, that a second plane had crashed into the other tower, that both buildings were on fire and there were reports of dozens of hijacked planes. This time we put down our knives and forks. The Belgian oil traders were fairly tough characters, but even they were shocked. After some expressions of horror, one of them asked the other the fundamental question every trader must ask in a crisis:

“Were we long or short?”

“Unfortunately, we were balanced,” replied his colleague with a rueful smile.

Shocking perhaps, but the show does go on, however indecent it may seem. To digress slightly, the oil market reacted to the attacks by marking crude prices sharply up on the grounds that the attacks portended supply disruptions in the Middle East. Some hours later, after the US government had banned all flying in North American air space, traders realised that two million barrels a day of jet fuel consumption had been taken out of the market, more than two per cent of global oil demand: it was a demand shock, not a supply shock, and prices plummeted down.

Back in St James’s, lunch ended, and I got into my car, intending to drive to Heathrow and catch a flight to Frankfurt. The plan was to travel further south to Mannheim, where the CEO of the local energy company also wanted to discuss market liberalisation. I sat there for some time, listening to a live LBC radio commentary from New York. I heard the sound of the North Tower collapsing and the horror in the commentators’ voices. At that point I rang my wife to ask whether she would rather I didn’t fly to Germany.

Heathrow was quiet, placid even. The only sign of heightened security was a Household Cavalry armoured car in the business car park, and a couple of relaxed-looking troopers with submachine guns. The BA check-in was unruffled, though there was a question over my 6pm flight, because the jumpy Germans kept closing and reopening Frankfurt airport. In the end we were able to fly, and I got to my hotel in Mannheim late in the evening. I sat up in my room watching CNN into the early hours. The shocked grey faces of the American anchors, seemingly scrubbed of the usual pounds of makeup and gallons of hairspray, were as expressive as the horrible footage they kept showing. They had also got hold of the name Osama bin Laden. The United States of America was deeply traumatised.

At 9am on September 12, I was in the 14th floor boardroom of MVV, the city’s utility company, and had just begun talking to Dr Hartung, the forward-looking CEO, when it was reported that a man with “ein Arabischer Akzent” had phoned in a bomb warning. Within a few seconds I found myself in a hidden high-speed lift with Dr Hartung and deposited in the underground car park. A heavily armoured black Mercedes arrived a few seconds later, driven by the largest German I had ever seen. We were whisked to a hotel in the city centre where we continued our discussions for several hours. Needless to say, there was no bomb, but the security systems originally installed to deal with far-Left Baader-Meinhof extremists had worked perfectly against the latest terrorist threat.

I spent a couple more days in Germany seeing contacts, eventually flying back from Düsseldorf. That was easier said than done, as official Germany was in a near-hysterical state that belied the country’s reputation for efficiency. The scene at the airport was chaotic, with numerous internal security checks, and thousands of shouting passengers. I eventually fought my way to the last check, with 15 minutes to go. The security staff were searching all passengers and their bags, though everyone had already been searched at least twice. I pushed my way to the front and told the guard that my plane was about to leave. He shrugged and let me through, unfrisked and unsearched.

Much though I grieved for the victims of 9/11 and for the great wounded American nation where I had lived for ten years, I felt obscurely proud of British sang-froid. Of course, we weren’t then under attack, but we had dealt doggedly and mostly fairly with IRA terrorism for three decades, and we would deal similarly with jihadist terrorism in the years to come. We had learned in Malaya and elsewhere, in the late 1940s and 1950s, that terrorism is defeated by intelligence and good policing, backed up by minimal armed force when necessary. If only President Bush and his advisers had understood this before he declared his “War on Terror”.