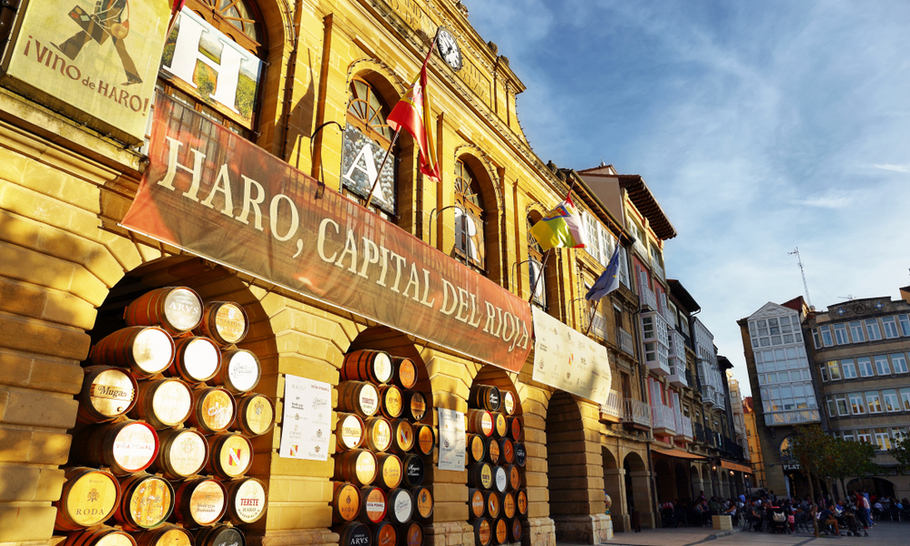 I first encountered the drinking-man’s Spain as a student in Paris. A friend borrowed her mother’s car in the spring of 1981 and we pootled off to Portugal, stopping in Burgos and Salamanca on the way. Wherever we pitched up there were the usual rows of bottles, and pretty well all of them from Rioja; and there were plenty of ‘gran reservas’ among them, identifiable by those copper wire nets that are meant to prevent fraud. Even more arresting were the fabulous vintages they contained: plenty of 28s and 45s, years that made our ears ring and our mouths water, and all of them to be had for a song: Lopez de Heredia, CVNE, Murrieta, Riscal and many more.

I recall the memorable phrase I read in my first edition of Hugh Johnson’s Atlas of Wine: ‘rioja is the Bordeaux and the Burgundy of Spain’. The wines that came from the regions we traversed upon the way, Penedes, Ribeiro del Duero, Bierzo or Toro were not mentioned on wine lists then. I don’t suppose they were even bottled, just sold off in any old containers to local bars and tascas.

Of course, I have been to Rioja with its two wine towns of Logroño and Haro many times since. I once spent a lonely week in the latter – finishing my tastings at around six I had to twiddle my thumbs until the restaurants round the square opened at ten. That meant two hours of Spanish grammar, an errand or two (I bought my infant son his first pair of blue shoes in a town equally well known for its leather) a few beers and, even then, I never managed to be anything other than the first person to enter the restaurant that night.

My sojourn in Haro flooded back to me on Wednesday when I made my way to what proved to be a lavish tasting and lunch organised by the firm of Marqués de Riscal in London’s Vintners’ Hall. They were to launch Andrew Caillard’s book on the company and air their future plans. To start the ball rolling there was a tasting of three gran reservas and a reserva: 1952, 1964, 2012 and 2015. The idea was to prove (if any of us were in any doubt) that top riojas had a quasi-phenomenal ability to age gracefully. The 1952 was a beauty. At sixty-seven it kept getting better: blackcurrant pastilles and fromage blanc, sealing wax, liquorice; but what was chiefly impressive was its length and lively acidity. When I last revisited my glass there was even a faint whiff of dried cep mushrooms.

The wine was forty per cent Cabernet Sauvignon, with the rest the more usual Tempranillo. The Cabernet was a reference to the origins of Rioja wine, which for anyone who has idled away a week in Haro, with its multiple railway tracks and sidings, are abundantly clear. Rioja wine owes its take-off to the plagues that racked Bordeaux in the nineteenth century, chiefly oïdium and Phylloxera. These blights reduced French yields by up to ninety per cent. Wine production in the Ebro Valley had been localised and the wine not hugely famous before the mid-century, but the opportunity of selling north of the Pyrenees was not to be missed, and a dollop of Cabernet Sauvignon guaranteed a good reception. The date of Riscal’s foundation says it all: 1858, midway between oïdium and Phylloxera; and the early vintages of Riscal were supervised by none other than one Jean Pineau, from Château Lanessan in the Médoc.

There was slightly less Cabernet in the 1964. I fear I had a less than perfect bottle of this, for virtually everyone thought it the best in the tasting. There must have been half a dozen bottles out there. I was unlucky. Mine had a strong woody character which I thought at first was cork, but there was enough of the ‘balsamic’ taste in the wine for me to recognise its quality and there was a wonderful structure.

The 1952 and 1964 wines were originally called ‘Reservas Médocs’ – another allusion to their origins as Bordeaux-lookalikes. By 2012, the idiom of the Gran Reserva had changed a bit but was still impressive: all baked plums and spice and that same great length carried by vital acidity. Acidity is a sine qua non in both red and white wines. The Cabernet element had been phased out, but the wines contain a smidgen of Graciano which might have been responsible for the spice. The juicy 2015 Reserva was a baby, but still promised great things.

Presenting the wines, Caillard explained the longevity of rioja by the fact that the wines were exposed to plenty of air at birth. Reductive wines (those that are denied oxygen) do not last so well. The 1952 spent fifty months in cask, being gently exposed to the atmosphere. These days few wines go through this treatment. A top modern Bordeaux might repose for between eighteen months and two years in barrel before bottling.

Before lunch we heard a little more about the current plans for Riscal, while we were presented first with an organic 2018 Sauvignon Blanc from Rueda and the 2015 ‘XR’ – a formerly limited category of special reserve wines from the Rioja Alavesa that are now being actively marketed for the first time. The XR will be limited to restaurant sales. The company believes that the only way to combat climate change is to go organic: by reducing chemicals you are more in control of every stage of production. Changes in the law will allow them to make more ‘single estate’ wines from Alavesa crus such as El Ciego as well.

We sat down to lunch and explored the top Barón de Chirel range. With our sea bass there was a white Chirel made from 100-year old, ungrafted Verdejo vines (that means the sand in the vineyard protects them from the same Phylloxera which played such an important role in the birth of the Marqués de Riscal’s winery and they don’t need to use disease-resistant American rootstock). With our guinea fowl there was the red 2015 Chirel Reserva which still contained a bit of old vine Cabernet to compliment the Tempranillo. It was a great, throbbing beast.

I was delighted to see how good the wines from Riscal are still, and not just the venerable gran reservas. The only thing that has changed, it seems, is the price.