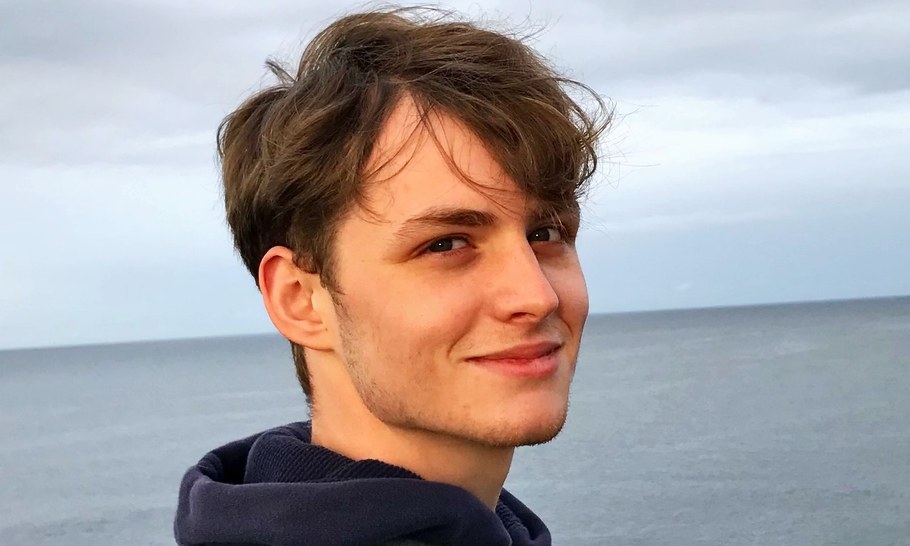 When finally we emerge at the other end of the Covid crisis, will we genuinely learn the lessons, or just be so relieved that we go back to making the same mistakes again? Will it be politics as usual, with the older generations in charge, the young patronised and widely ignored?

At 21, I face the typical dilemma of the young adult: interested and engaged, but ultimately powerless and without real influence. Now halfway through my Masters degree at St Andrew’s, I am standing on the precipice of life outside academia, moved to consider how hundreds of thousands of others must share my feelings of dejection. We face a future living outside the European Union — a choice few of us made. We face the worst graduate employment prospects in decades, alongside an inaccessible housing market. All taking place as the country faces the task of rebuilding a post-Covid UK, and the world faces the largest existential threat to humanity in centuries – climate change.

In a normal era, crises are within the ability of government to handle. In a normal era, the solution for my aggrieved generation would be to bide our time until one of our number is elected and steers us away from disaster. But any future government in which my generation may have a role is likely to have to deal with the following:

We seem to spend our time debating whether the scale of the challenge is real, when the priority should be utilising the time we have left to prepare for it. In a normal era, with normal politics and a normal government, the foundations would be being laid. However, our priorities are not shared by those in power, so this will be something my generation will have to do for ourselves.

This is an era in which the main dividing factor in politics is age. Across the world, in election after election, votes are split by a generational divide like we have never seen before. It has become clear that there is an undeniable difference between the priorities of our generation and the ones that came before it. Yet our representation is still provided on the basis of political alignment, from Left to Right, and a political system from which the young feel alienated.

Many of the problems we face have been accentuated and exacerbated by those on the political Right over the last decade — above all, the turn to populism. Fraudulent campaigning, powered by social media, is nothing less than a crime against the health of our national politics. Austerity, and its twisted logic, has hurt the poorest in our society, to rectify mistakes made by the richest. The response to the cronyism, blatant corruption and ineptitude of the current Government inevitably becomes an emotional one. How, at a time when so many are struggling on so many fronts, can these people remain so self-interested? How do they remain sincerely committed to the dogma of such an outdated and ultimately flawed ideology?

The answer is that they are acting in the perceived interests of their group, their generation, their voter base. The same generation that ignored the pleas of their children and grandchildren to back the disastrous idea of withdrawing from the EU. Nowhere is the generational divide clearer than in the breakdown of EU referendum voting. Our exit from the EU marked the beginning of a conflict between the interests of those who now hold power, and those who will inherit the country. Our generation stands to lose so much from decisions made by those who will not live to see their full effect.

This state of affairs is so untenable, so unjust, that it must warrant a response from our generation. We have seen in the management of the current crisis how low down the priority list schools and colleges have been. It is as though the Government of today views our generation as irrelevant.

What is a nation other than a collective effort to hand a healthy society and economy on to the next generation? We are being failed, and it will be much too late by the time we achieve any majority, or role in government. Our interests must be considered now, to save colossal effort in the future, to remove the wounds of short-termism and populism.

Like many of his voters, our current Prime Minister was born in the 1960s. He grew up in an era so different to our own, and an environment so far removed from what our generation knows as reality, that he is effectively alien. This is not to say that we should ignore our elders; that would be an arrogant mistake. However, it is now key to the success (and future success) of any government that they do not ignore us. Never has it been so important to think in terms of the future they leave behind, since the challenges that will face the governments of the 2030s, 2040s, and 2050s will eclipse what we know now. It is therefore a fair and just request to provide for extra-political representation for the generation aged 18-30 (sometimes called Generation Z).

This is neither an unprecedented, nor an unwarranted request. The function of the House of Lords is similar, intended as a check on power by experienced elder statesmen, businesspeople and other leaders. Just as they represent a wealth of generational knowledge, so do we, and just as they influence the legislative process, so should we. This is not about some version of a Youth Parliament, which is no more than a state-funded debating society. I am talking about the need to involve my generation intimately in the decisions that will shape our future: a system of party independent, generational representatives, elected through regional polls, open to a limited polity of those aged 18-30. It should have powers similar to the House of Lords, in that Bills can be returned to the debate stage if they have a negative legacy impact on our generation. This would serve to safeguard our future by ensuring that government does not act at our expense. Representation of this kind will guard against government inaction and force them to consider the long term.

The current Cabinet is corrupted by a particularly nasty strain of self-interested short-termism. Boris Johnson has shown himself to be craven — the polar opposite of his well-cultivated persona. Along with this algorithmically driven breed of populism, he will eventually fade. What is key is what is done with that opening. An electoral victory may come, but it will come far too late. For my parents’ generation, 1997 provided a cathartic release. The country that New Labour inherited indeed came with deep and complex problems, but these were problems well within the understanding and capability of conventional political structures to attend to and resolve. We do not have that luxury. Facing one unprecedented crisis is one thing, but facing multiple crises simultaneously is simply beyond politics as usual. We are told repeatedly that it will be our generation who will “pull us through”, who will ultimately prevail. If so, then let those in power do away with patronising slogans and let us begin, let us help. Time is on our side. Our elders should not waste it by neglecting to involve us now.