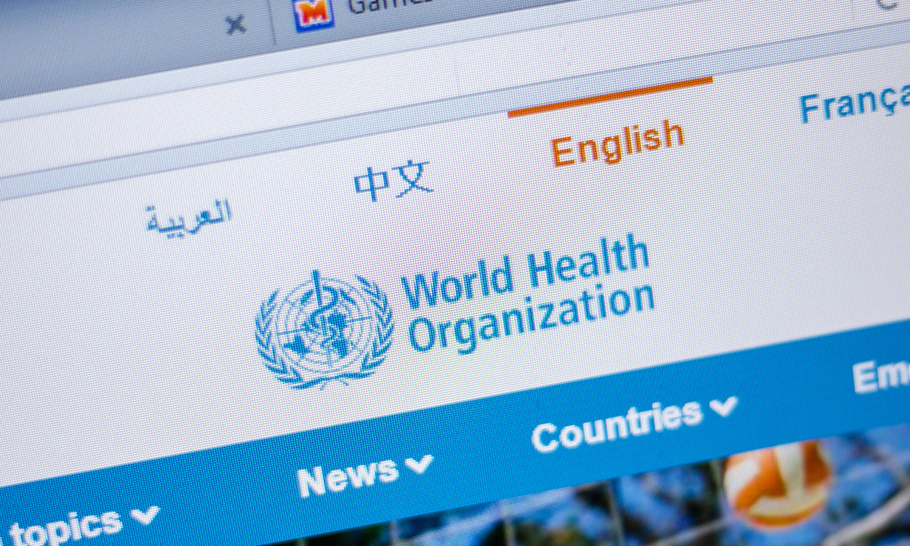 As coronavirus casualties and contagion continue, a unified international response will be essential in ensuring that the catastrophe that has besieged China will not be repeated globally. But the recent rise in nationalism is undermining international cooperation and coordinated action.

The importance of a unified international response to diseases has been recognised since the formation of the League of Nations in 1920. Spanish flu — first diagnosed in the United States — was circling the globe, with 500 million people infected at a mortality rate of 10-20 per cent. It was the worst pandemic since the Black Death in the 14th century.

The League of Nations health committee ultimately evolved into today’s World Health Organisation. The WHO places health at the centre of achieving the objectives of the United Nations. The preamble to its Constitution declares: “The health of all peoples is fundamental to the attainment of peace and security and is dependent upon the fullest co-operation of individuals and States.”

The greatest success of the WHO is the eradication of smallpox — a disease that killed more people than war — with the last recorded case in Somalia over 40 years ago. There has also been a marked decrease in diseases such as polio, an increase in global vaccinations, a recognition of the harms of tobacco, and better understanding of mental health issues.

Like all international organisations, the WHO has its limitations. It is only as strong as the will of its members, and these members are reluctant to give it the power needed to be efficient. At times they actively undermine it. This results in a grindingly slow bureaucracy and a need to comply with political leadership within the countries it is operating.

Additionally, the organisation is under increased budgetary pressure with contributions from members in constant decline and now accounting for less than a quarter of its financial requirements. Surpassing these operational challenges, however, is the existential threat posed by nationalism.

Populist leaders have risen to power with protectionist and xenophobic rhetoric, elevating national interests above global ones, as though in this interconnected world they are somehow separable. Trump seized the White House in the United States, promising to “Make America Great Again” through building walls and trade wars. Right-wing populist parties are growing in power in Europe. Autocrats rule in China and Turkey on the basis of doing what they deem necessary for their countries. The United Kingdom has turned its back on the continent.

A corollary of nationalism is a lack of faith in and scepticism of international organisations. This puts the whole world in danger. “Nationalism, xenophobia, the new right-wing populism in Europe and the United States, are raising our risk,” said Ronald Klain, former White House Ebola response coordinator under President Barack Obama, in The New Republic last April. “There’s a focus not so much on stopping infectious diseases as much as there is on preventing the movement of people to prevent the transmission of diseases. And that’s not possible, because no matter what you do about immigrants, we live in a connected world.”

The rise in nationalism has resulted in a distrust of foreign expertise, a suspicion of immigrants, and ultimately a rejection of the central importance of international cooperation and a withdrawal from participation. For example, Trump has abandoned Obama-administration initiatives such as the largest-ever deployment of the United States’ Centers for Disease Control (CDC) and Prevention to address the Ebola outbreak in West Africa, and has slashed funding to the CDC as well as the National Institutes of Health and the Environment Protection Agency. The CDC’s overseas outbreak prevention work has reduced its activity from 49 countries to ten, and the National Security Council’s global health security team has been disbanded.

A lack of support for international organisations has left the world vulnerable to outbreaks, such as we are currently experiencing with the coronavirus. The first annual report on global preparedness for health emergencies, released in September by the Global Preparedness Monitoring Board (an independent group of experts convened by WHO and the World Bank), found that efforts have been “grossly insufficient”.

“For too long, world leaders’ approaches to health emergencies have been characterised by a cycle of panic and neglect,” said co-chair Dr Gro Harlem Brundtland. “It is high time for urgent and sustained action. This must include increased funding at the community, national and international levels to prevent the spread of outbreaks. It also requires leaders to take proactive steps to strengthen preparedness coordination mechanisms across governments and society to respond quickly to an emergency.”

Nationalism tells us that we know best and will be safest when isolating ourselves from foreign interaction. This is head-in-the-sand thinking. In the modern world it is impossible not to be connected, whether through travel, trade, migration, or the simple movement of animals, air and water. Diseases do not recognise borders. The only defence is to collaborate between nations and to cooperate in providing a coordinated response to addressing outbreaks before they become global threats.

“It’s quite clear that multinational institutions are under more pressure, and have less teeth on day-to-day issues than 10 years ago,” Neil Shearing, group chief economist at Capital Economics told CNN Business last Monday. “But the optimist in me would like to think that in the face of a global pandemic, global institutions are still in a position to respond.”