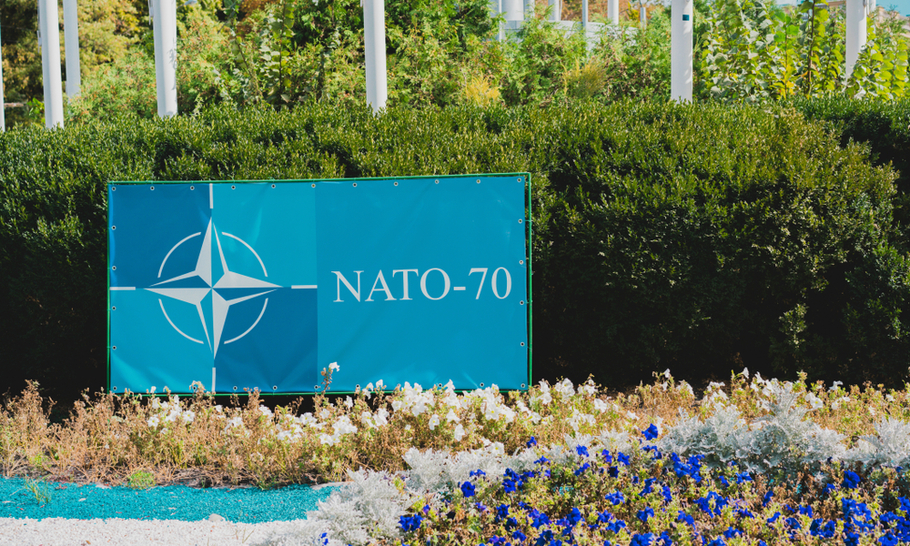 Leaders of the 29 member nations of Nato are set to meet this week for the last of a year’s ceremonial activities marking the 70th anniversary of the founding of the largest military alliance in history. It’s not a formal summit, though some serious issues facing the organisation will be discussed, including money, of course, as well as military readiness, political cooperation, and maintaining unity in an increasingly uncertain world.

The meeting in London brings Nato full-circle to its original home. It comes amid an apparent crisis of confidence exacerbated most recently by criticism from France’s President Emmanuel Macron that the alliance is “brain dead” and has outlived its post-WWII usefulness.

US President Donald Trump has been a vocal critic since campaigning for his current job in 2016, when he railed against members as parasites on the American military machine. He threatened withdrawal unless the membership met their commitments to spending 2 per cent of GDP on defence, and 20 per cent of their defence budgets on innovation and procurement.

Nato’s Secretary General Jens Stoltenberg announced on Friday that nine members have met the two per cent requirement – with Bulgaria joining Greece, Britain, Estonia, Romania, Lithuania, Latvia and Poland – and, of course, the United States, which spends 3.42 per cent of GDP on defence. According to an official: “All countries have stopped cutting their spending and have started to increase.”

Germany is still falling short, the figures show, at around 1.38 per cent, though it has committed to reaching 1.5 per cent by 2024. Patrick Turner, Nato’s Assistant Secretary General for Defence Policy and Planning, wrote recently: “By the end of 2020, non-US allies will have increased their defence expenditure by a total of well over US$100 billion in real terms over a four-year period.” Mr Trump can certainly take some of the credit for that.

The social highlight of the two-day London meeting will be a reception, on December 3, at Buckingham Palace, hosted by the Queen. This will be followed the next day by one working session where a number of priority issues will be discussed, including a German proposal for a strategic review on strengthening political cooperation among members, as Nato’s European members move towards taking greater responsibility for the region’s security and defence.

German Foreign Minister Heiko Maas is behind the push for the review, in what appears to be a reaction to Macron’s indelicate reference to recent unilateral actions of Nato members in Syria – the US troop withdrawal, and Turkey’s incursions against Kurds. While Nato provides some support to global coalition forces in Syria, it does not have a mission on the ground there and so neither the US nor Turkey were required to coordinate their actions with the Nato membership.

There is some interest in Maas’s proposal, according to a Nato official who spoke on background, though it is unclear how it will be greeted by the membership, who are more likely to prefer Germany meet its spending obligations.

Also on the agenda is an assessment of how ready members are to meet military threats, under what is called the 4×30 Initiative — 30 air squadrons, 30 battleships, 30 brigades at 30-day readiness – part of the alliance’s rebuilding of defences that were cut after the Cold War ended, ushering in a short-lived belief that Europe would have peace in our time.

“The whole point of the funding is to buy cutting-edge capabilities to meet the needs to deploy forces at the right level of readiness, when and where they are needed,” said Nato’s spokesperson Oana Lungescu. “It takes time to rebuild. The United States can do it already, of course, but it’s now for the others to step up.”

The Eastern European states bordering Russia, jolted from “parasitical” complacency by Moscow’s 2014 annexation of Crimea, have been the focus of NATO’s first deployment of combat-ready troops, with modernised command structures. This represents one of the alliance’s biggest adaptations to on-the-ground realities – along with the addition of cyber and, at the foreign ministers’ meeting that preceded London, space as operational domains equal to land, air and sea.

It is unity, however, that is the headline issue for Nato. Members will seek to use London as a platform for confirming their cohesion, getting to the heart of the one-for-all and all-for-one credo of Article 5.  It was invoked for the first time after the 9/11 attacks of 2001 – when the attack on one member was deemed an attack on all members – and saw the alliance pull together, behind America’s lead, in Afghanistan and Iraq.

“France sees an opportunity, especially because of Brexit,” said a senior NATO official who declined to be identified. “Until now the United Kingdom was the balancing factor in Europe, the pragmatic trans-Atlantic partner. Germany is invested in the trans-Atlantic relationship, knowing that unification could only have taken place under the US security umbrella.”

Germany, the official said, was “cautious about the ideas that France has been pushing”. He added that Macron and other French officials had stirred up suspicion among most members about the timing of his “brain dead” comments, which coincide with French calls for a rapprochement with Russia.

“People just don’t understand this,” the official said. Most Nato foreign ministers meeting in Vienna earlier in November had “made it clear that nothing has changed with regards to Russian behaviour and so there is nothing more to offer.”

Nato has maintained dialogue with Russia through the Nato-Russia Council, which meets several times a year to discuss security issues. “Nato has been a platform for political engagement with Russia, and will continue to be,” the official said.

Macron’s comments were made without co-ordination with other members – curious given his criticism of unilateral action by the US and Turkey – and had won support at the Vienna meeting only from Luxembourg, the official said.  “Otherwise, everyone said that Nato is the cornerstone of our security.”