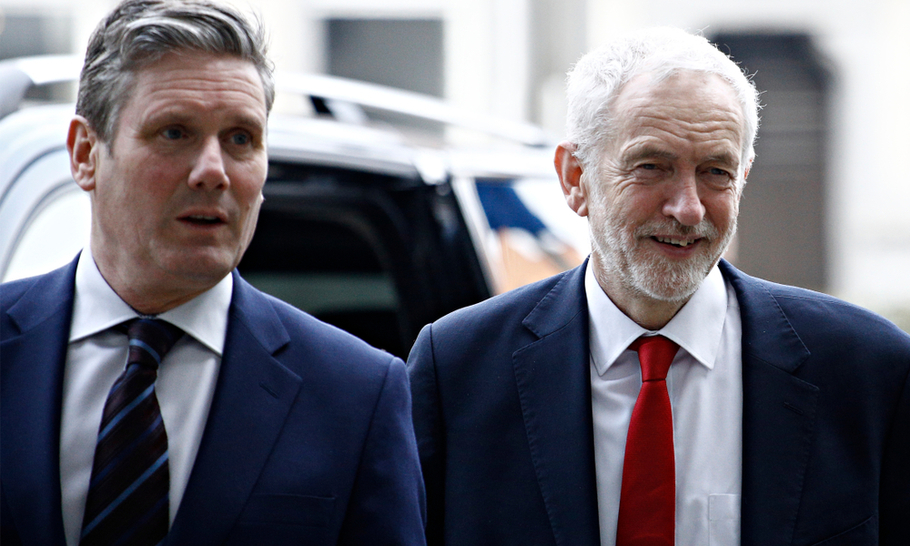 Labour’s suspension of its former leader, Jeremy Corbyn, is shocking. After his refusal to accept the report of the Equality and Human Rights Commission’s (EHRC) report into the party’s institutional anti-Semitism, Corbyn ought to have been expelled. The EHRC’s findings are so damning that there should be no question of the individual who bears the greatest responsibility ever being allowed back into the Labour Party. After what they did, Corbyn and his crew should be banished into outer darkness.

The media latched onto Corbyn and the Labour Left as though they were the real story. But they are not the only ones who are culpable. So are all those in leadership positions who remained silent when Jewish members of the party were persecuted, who failed to act when whistleblowers were bullied, or who were complicit in concealing the extent of anti-Semitism. The present deputy leader, Angela Rayner, still defends him as “a fully decent man”. Most of the present Shadow Cabinet are guilty of collaboration. And that includes the Leader.

Where was Sir Keir Starmer in 2016 when Shami Chakrabarti produced her disgraceful whitewash of a “report” that played down the problem and earned its author a peerage? Why hasn’t the former Director of Public Prosecutions learned from the failure to expel Ken Livingstone? The former Mayor of London made a series of anti-Semitic statements, most notoriously that Hitler was a supporter of Zionism — echoing the big lie that Zionism is the new Nazism.

Nor did Sir Keir protest when Corbyn himself was found to have hosted an event at which that lie was the main theme, or when he defended an anti-Semitic mural, or when he was found to have attended a wreath-laying ceremony for the terrorists who carried out the Munich massacre of Israeli Olympic athletes, or any of the other scandals that resulted in an exodus of the party’s leading Jewish MPs. The evidence against Corbyn has long been overwhelming — yet such was the atmosphere of intimidation created by Momentum and other far-Left organisations that few dared to speak out. Luciana Berger, for example, lived in fear of her life and was forced out as an MP while pregnant. She has not forgiven Sir Keir’s failure to support her.

The issue of Labour’s anti-Semitism is not just a party affair. The EHRC has uncovered a number of cases of lawbreaking which should now lead to criminal prosecutions and civil actions by the victims, whom law firm Mishcon de Reya has offered to represent. As the 2019 election approached, British Jews became increasingly anxious at the possibility of Corbyn becoming Prime Minister. Yet when a prominent former Labour MP, Louise Ellman, drew attention to this anxiety throughout her own Jewish community, Sir Keir said: “I don’t accept that.” He, too, feared deselection by the far-Left. He, too, was in denial.

The reason why Sir Keir’s response to the EHRC has been so inadequate is that there is no precedent for what has happened. No major British political party has ever given itself over to the oldest hatred before. No words are adequate to describe the disgust and revulsion that Labour’s moral turpitude continues to inspire among Jews and non-Jews alike, in Britain and abroad. There is literally nothing that Starmer can say that would suffice to wipe away the shame. Still, there are things that he can and must do — not merely what the law requires, nor even a thorough cleansing of the Augean stables, but a genuine change of heart. It is not for him to decide when and whether it is enough, but for those whom he and his party have offended.

Last summer Sir Keir was photographed on one knee, in a gesture of support for the Black Lives Matter movement. Yet it has not so far occurred to him to make an act of contrition for the deep hurt his party has caused the Jewish people. Less than a year ago, while Sir Keir was campaigning for a Corbyn-led government, the Chief Rabbi, Ephraim Mirvis, spoke out during the election campaign. This unprecedented intervention by a religious leader was denounced by the Left at the time, but everything Rabbi Mirvis said has now been vindicated by the EHRC. He was right to say that “a new poison — sanctioned from the very top — has taken root” in Labour. Corbyn was indeed “unfit for office” and his claim at the time to have investigated all cases of anti-Semitism was indeed a “mendacious fiction”. And the Chief Rabbi was not exaggerating when he declared that at the prospect of a Labour victory, “the overwhelming majority of British Jews are gripped by anxiety”.

Just a year ago, Sir Keir Starmer was still in denial about all these things. Has he now seen the light? Or is he engaged in yet another damage-limitation exercise? Never mind about Jeremy Corbyn — he is yesterday’s man. The anti-Semitism of the far-Left, however, is a problem for today and tomorrow. The EHRC report poses serious questions — existential questions — that have yet to be answered. Is Sir Keir himself fit for office? Is the Labour Party fit to be the official Opposition? Is anti-Semitism now a fixture in British politics? Is this country, which stood alone against Hitler, still a safe place for Jews to live?