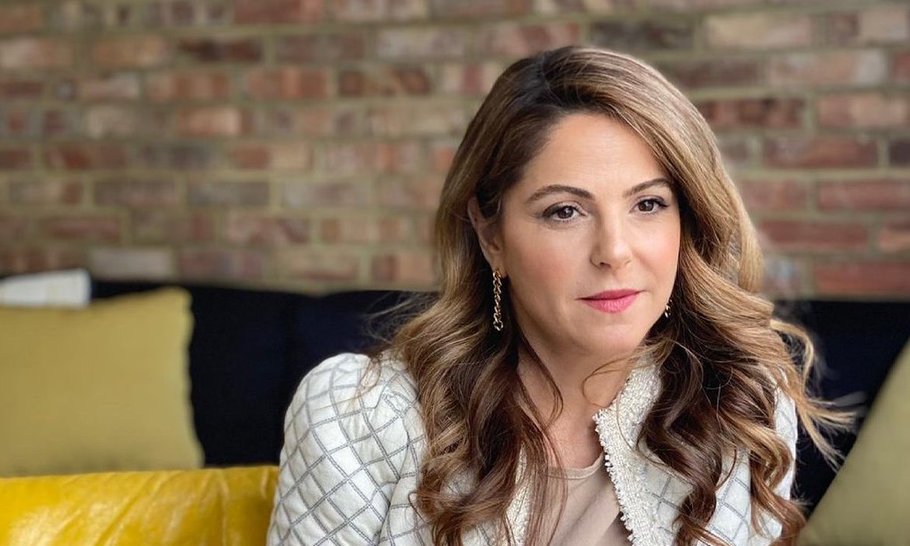 Do self-help books have heroes and villains? Some do. After all, a journey of self-exploration can incorporate numerous literary elements. For Michal Oshman — whose book What Would You Do if You Weren’t Afraid (Dorling Kindersley, £12.99) invites us to follow her journey while we embark upon our own — Sigmund Freud is the villain. Viktor Frankl is the hero.

The chasm between these Viennese psychiatrists could hardly be wider. Freud focused on childhood trauma and family relationships. For a Freudian, whatever may plague us can be laid easily at the feet of our parents — who, having been similarly traumatised in their own childhoods, infect us with the problems of previous generations. Stripped down to its barest essentials, Freudian analysis looks inward to find problems and assigns blame outward.

Frankl ’ s great insight came as a prisoner at Auschwitz, where he observed a stark and consistent difference between those who survived the nightmare and those who succumbed. The survivors clung tightly to meaning and purpose. Frankl ’ s logotherapy teaches that the key to happiness and contentment lies in finding purpose. We must learn to accept life ’ s challenges as given; the only path to a solution is inward. Let others assign culpability to those who ’ ve created the untenable situations around us. Inner peace hinges on ceding control over all that is beyond our control, then finding meaning in what remains.

Oshman ’ s odyssey began with a fierce monster haunting her childhood — a monster that refused to release her even as she matured into a professionally acclaimed shaper of corporate cultures. That monster was anxiety so severe that it “ permeates every aspect of your life and consumes every waking thought”. Anxiety that kept her mind drifting “ to the worst-case scenario in any situation…until in [her] mind (and body) they became reality”.

No wonder the question she poses in her title is “ What would you do if you weren ’ t afraid? ”.

Anxiety of this sort is hardly an anomaly — even among those who ’ ve risen far beyond Oshman ’ s level of success and achievement. The icon of success, whose collected exterior masks debilitating inner turmoil, has been a recurrent character in modern fiction. Consider, for example, Richard Cory, Edwin Arlington Robinson ’ s 1897 “ gentleman from sole to crown / clean favored, and imperially slim,” reimagined in 1966 by Simon and Garfunkel as a man who “ surely must be happy with everything he ’ s got”. In both recitations, this beloved source of everyman ’ s envy “ went home and put a bullet through his head”.

Her prospects for success were grim. She followed an undergraduate gender studies major with graduate degrees in sociology and psychoanalysis, then checked into a string of Freudian psychoanalysts. It ’ s hard to think of a background more clearly tailored to promote outward blame and rage — and less suited to reflection, introspection, and inner peace.

Worse, her family history fed beautifully into contemporary theories of oppression. With Holocaust survivor grandparents and a forensic pathologist father, her childhood was replete with tales of gruesome, cruel, twisted death. How could such a child have avoided anxiety?

No, Oshman seemed destined to become one more poster-child for contemporary victim chic — an expendable cog in the grievance machine denied access to peace, meaning, or joy.

But she got lucky. Her innate curiosity, desire for personal improvement, and openness to new ideas allowed her to overcome her training. Frankl ’ s writing helped her open herself to a source that many with her background treat with contempt and scorn: traditional faith.

In Oshman ’ s case, that faith was Judaism — specifically the mystical/spiritual teachings of Hasidut . As she makes clear, however, the most powerful lessons she learned are more broadly useful. The messages that frame each of her chapters resonate across spiritual traditions. Engage in self-discovery. Get in touch with your soul. Transcend your ego. Face your fears. Grow where you ’ re broken. Contract to grow. Repair yourself. Keep your behaviour righteous. Educate your children. Return to your true essence.

Oshman came to realise that casting blame outward is futile and self-defeating; only deep introspection can bring improvement and fulfilment. Her odyssey is thus illustrative of our times. Across the Western world, millions of bright, talented, competent, creative, educated, people have found themselves adrift. Having jettisoned their fidelity to faith, country, community and family, they wander aimlessly through trendy sociological theories, psychotherapy, hedonistic materialism and sexual exploration in a futile search for meaning that humans have only found in the sources they ’ ve already rejected.

Few find fulfilment in any of those dark corners. Those who escape learn a truly terrifying lesson. The traditions they mocked, derided, and rejected contain great wisdom — ancient wisdom that retains genuine value in the modern world.

That lesson alone is worth the price of admission. Anyone seeking respite from the nihilism and anomie that has come to characterise contemporary life should pause for long enough to hear what Oshman has to say.