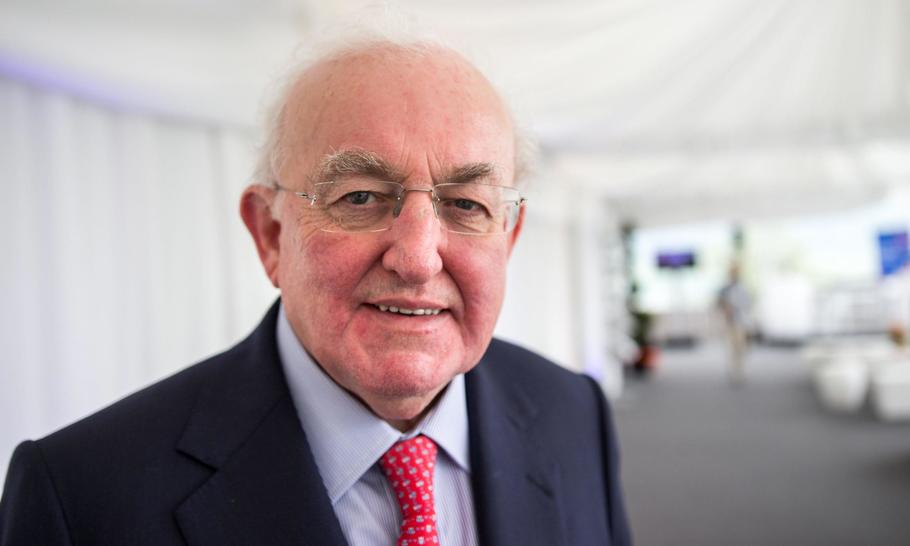 Today TheArticle is proud to publish one of the most important pieces we have ever carried: a warning to the Bank of England from the economist Brian Griffiths that unless it acts now to curb inflation, the UK risks sinking into the mire of stagflation — as it did in the 1970s.

In the latest of a series of essays on inflation, Lord Griffiths — who was head of Margaret Thatcher’s Policy Unit in the late 1980s and has recently retired from a senior position at Goldman Sachs — explains just how precarious the outlook now is. His first article, “The spectre of inflation” appeared well over a year ago, when the threat of a return to inflationary times was ignored or dismissed by those in authority. The official line has been that any rise in inflation above two per cent would be “transitory” and that prices would soon return their pre-Covid levels.

Now it is a very different story. Last weekend the Governor of the Bank of England, Andrew Bailey, indicated that the Bank would “have to act” on inflation and the markets now expect a rise in interest rates after the Monetary Policy Committee meets next month. Today, the Bank’s chief economist Huw Pill warns that the inflation rate could rise above five per cent early in 2022, which implies that the retail price index will exceed this figure by two or three per cent.

As Lord Griffiths explains, once inflationary expectations are baked into the economy, with markets, employers, trade unions and consumers all anticipating a significant decline in the value of money, the danger of a wage-price spiral becomes acute. Such inflationary expectations are difficult to eradicate. Only co-ordinated action between the Bank and the Treasury over a period of years rather than months will squeeze inflation out of the system.

This means not only higher interest rates than we have been used to, but an end to quantitative easing and much stricter control of the money supply. That in turn implies tighter limits on government spending and borrowing in the run-up to the next general election, due by 2024. Tensions between the Prime Minister and the Chancellor are bound to resurface. The economic cycle and the electoral cycle may not align, but if inflation is allowed to get out of control, the Government will be blamed. Boris Johnson will not wish to be remembered as the Prime Minister who undid all Mrs Thatcher’s work.

The alternative to taking action against inflation now does not bear thinking about. Stagflation is the worst of all possible worlds: stagnant growth, rampant price and wage inflation, high unemployment and low productivity. When Britain was last caught in this trap, during the 1970s, it was mocked abroad as “the sick man of Europe”. Even the momentous step of joining the European Economic Community, as it then was, did not bring salvation. That only came when the Thatcher government (of which Lord Griffiths became a key adviser) bore down on inflation by controlling the money supply. Initially the sacrifices were painful for the entire country: unemployment rose to more than three million and stayed high for years; taxes rose and spending was cut; inflationary wage rises ended. Strikes led to bitter, sometimes violent clashes as unviable industries cut labour costs. The Miners’ Srike in 1984-85 nearly brought down the Government. But Mrs Thatcher and her ministers held their nerve; as inflation fell, growth and prosperity gradually returned. Then, as the economy boomed, inflation rose again. This is the situation that the UK finds itself in today: an economic recovery, but with a sharply rising money supply and inflationary expectations.

The Bank of England now enjoys operational independence, as it did not in the 1980s. The risk of this is that the Government may try to evade responsibility for inflation. That, however, would be an illusion, both in theory and in practice. It is Parliament that is sovereign and which sets the Bank’s inflation target of two per cent, which in normal times functions as an anchor. If underlying inflation is now running at more than twice this level, the Treasury must answer for the consequences no less than the Bank. The global crisis caused by the Covid pandemic, combined with the localised dislocations occasioned by Brexit and the political imperatives of the Government determined to occupy the centre ground, mean that a return to austerity is unthinkable. Yet the tough choices that now face us cannot be shirked if we are to avert a plunge into the abyss of stagflation.

For years, if not decades, the pendulum of economic orthodoxy has been swinging away from the monetarist ideas that influenced Mrs Thatcher and her colleagues. New Labour worshipped at the shrine of Keynes rather than Hayek or Friedman, while the coalition and Conservative governments that followed never embraced monetarism. Boris Johnson and Rishi Sunak have pursued classic Keynesian policies to kickstart the economy after the pandemic. Now, however, they need to pay heed to the voice of experience. The analysis and remedies offered by Lord Griffiths are supported by many other economists, particularly those with expertise in monetary policy. The fact that Huw Pill, the Bank of England’s new chief economist, is clearly worried about inflation getting out of control next year explains why the Governor, Andrew Bailey, is now talking about imminent action.

Their tone has altered just since last June, when Lord Griffiths warned of “A new age of inflation” and the danger of delaying a course correction that could be “too little, too late”. “The major monetary policy lesson of the post-Second World War years,” he wrote then, “is that it is far better to take one’s foot off the accelerator now rather than slam the brakes on later, jeopardise the recovery and raise unemployment.” In June, Andy Haldane was still the Bank’s chief economist. Now Huw Pill has taken over. He appears to have taken that lesson to heart and persuaded Andrew Bailey to act. We are about to discover whether Rishi Sunak can persuade Boris Johnson to let him do the same.