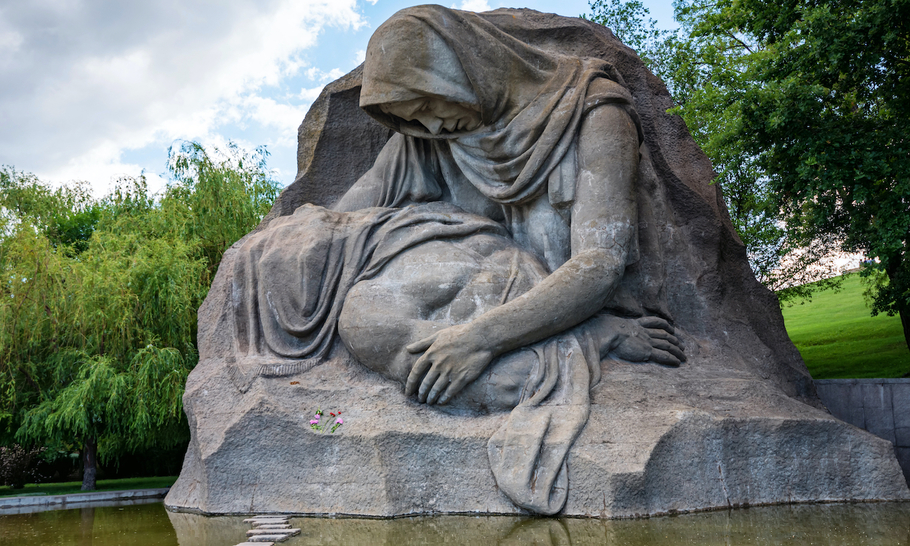 Extraordinary and inspiring footage appears every day from Ukraine, which even in the gathering darkness of war remains a beacon of free speech. From Russia, not so many. There, by contrast, the very means of expression and communication are being closed down before our eyes, as savage repression snuffs out the last flickers of a relatively open society that blazed briefly in the 1990s before Vladimir Putin came to power. Protests are being crushed on a daily basis, with 4,640 arrested last Sunday alone. So far some 13,000 people have been detained in 147 towns and cities across Russia. Under Putin’s latest ukase, rubber-stamped by his docile Duma, any criticism of the war is punishable by 15 years hard labour in a penal colony — for most, a death sentence. Not since the days of Stalin has Russia languished under such a reign of terror.

Yet occasionally the outside world catches glimpses of what is really happening there. One video has emerged which gives us hope that outside Moscow and other cities, the authorities are not having it all their own way. The scene takes place in Siberia, where the Governor of the Kuzbass region, Sergey Tsivilev, is addressing a public meeting in what looks like a school gym. The camera does not show the audience, but we hear them: these are angry Russian mothers demanding to know what is happening to their boys in Ukraine and why they were sent there. We do not know whether their sons have been killed — nor, perhaps, do they — but all are outraged by the lies and callous indifference of the Kremlin and its officials. “They were sent there as cannon fodder,” one mother yells.

As Tsivilev struggles to maintain control of the room, he is shouted down by the increasingly furious women. “We were deceived, all deceived,” they cry. “Where is your son, by the way?” Tsivilev admits that his own son is at university — the elite keep their children at a safe distance from the action.

Such scenes are doubtless being played out all over this vast country, as the truth dawns on thousands of families that their conscript sons have been dispatched, not on “training exercises” in Belarus, but to killing fields in Ukraine. The police and paramilitaries can arrest protesters on the streets but they cannot silence Mother Russia.

This is a deeply sexist society in which mothers nevertheless have a unique role. The appalling toll taken on the male population in previous eras by war and the Gulag left women in a clear majority; even in the absence of violence, alcoholism has had a similar effect in keeping male life expectancy shockingly low. While women are largely absent from the elites, at the local level they remain the pillars of society.

It looks as though Putin’s war has cost him the respect of these women. To their habitual cynicism about authority has been added a sense of indignation about the big lie they were told about his “special operation” — that it was not a war and that it would be over quickly, once the “Nazi junta” in Kyiv had been eliminated and the lost sheep welcomed back into the fold. Instead, bereaved Russian mothers are not even being allowed to bury their sons, as mobile crematoria incinerate their remains on the spot to avoid images of body bags returning home.

Morale in Russia is impossible to measure and the power of propaganda is incalculable, but the contrast with the enthusiasm of Ukrainians must be painful for the securocrats to behold. They may be able to keep public order, just about, but they cannot entirely disguise the bitterness of a population that knows it has been betrayed. Western sanctions have already caused the collapse of the rouble, and a return to the shortages and queues of the Soviet era is inevitable. Russia has become a tinderbox, waiting for the spark to ignite another revolution.

To forestall any kind of popular insurrection, Putin will soon have little choice but to launch a new terror, with mass arrests and show trials, on a scale not seen since the 1930s. There are already rumours that the Defence Minister, Sergei Shoigu, is being lined up as a scapegoat for the failures in Ukraine — but also because he is a potential coup leader. The army must be intimidated before it turns against the dictator. Another general was killed in Ukraine this week, this time in the battle for Kharkiv. Major General Vitaly Gerasimov had been one of the architects of the annexation of Crimea in 2014. Such losses among the top brass are bound to fuel resentment against the political leadership, but we can rely on Putin to remind them that the risks of defiance outweigh the risks of compliance. Only if the people — and that means the women — rise in revolt will that calculus change. Only Mother Russia, already mourning her sons needlessly sacrificed in Ukraine, has the courage to defy the mendacious monster in Moscow.