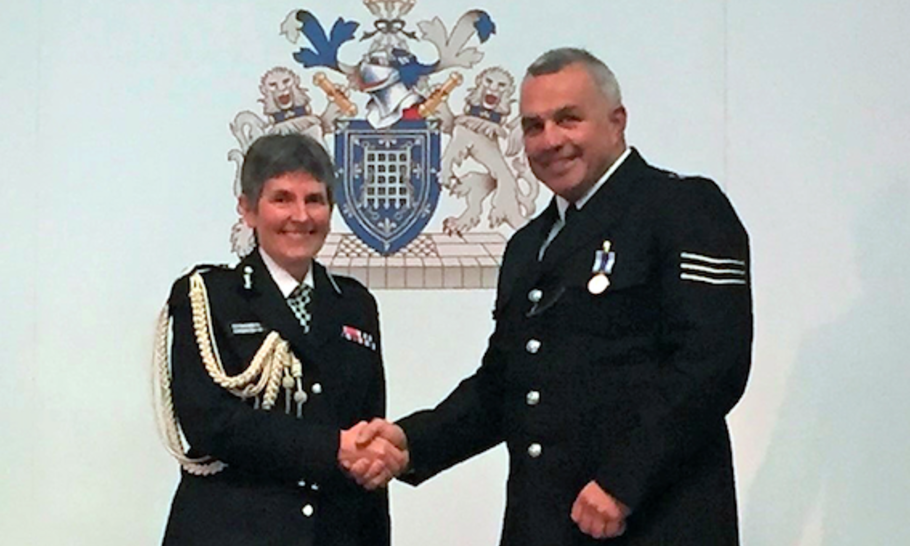 The murder of Matt Ratana, the policeman who last week was shot in the line of duty, has touched many, not only in London but across the UK. His killing is felt in New Zealand too. Matiu (known as Matt) Ratana came from a Maori family with a highly distinguished history. It is a history mostly of service: service to God, to country, and to community.

His grandmother was Iriaka Ratana, the first Maori woman MP and his great great grandfather was Tahupotiki Wiremu Ratana, one of the most colourful figures in New Zealand’s history. He founded the Ratana Church, which later became a major political movement influencing New Zealand politics from its founding to the present day.

In 1918, while walking home one day to his rural farm, Ratana experienced a vision “of all the world’s roads stretching towards him and felt a heavy but invisible weight descend upon his shoulders“.

From this moment he did not look back. He became a spiritual leader and faith healer who acquired thousands of followers througout New Zealand. He founded the Ratana Church whose beautiful buildings populate New Zealand.

Responding to a challenge from other Maori leaders, Ratana increasingly became more political. In particular, he formulated the plan to visit King George V in England to petition him to honour the Treaty of Waitangi and to aid in the preservation and restoration of Maori lands.

The Maori people felt that their Chiefs had signed the Treaty of Waitangi, in 1840, as equal partners with the British Crown, and that it had guaranteed the authority of the Chiefs over their lands and people. In the English language version of the Treaty, the Maori Chiefs ceded to the British Crown “all the rights and powers of Sovereignty”. However, in the Maori language version, the Maori chiefs only ceded kawanatanga. This was a neologism, a transliteration of “governorship” (kawana — governor) which might have been understood as taking responsibility for maintaining law and order.

Ratana’s petition to the British King was signed by thousands of Maori. He and followers came to London, however they were prevented from even encountering the King. Ratana returned to New Zealand and continued to work tirelessly for his church, his community, his people. By 1943, Ratana politicians held all four of the parliamentary seats which at that time were designated for Maori. Iriaka Ratana, Matt Ratana’s grandmother became one of them.

When Tahupotiki Wiremu Ratana died in 1939, according to the New Zealand Dictionary of Biography, he had “founded a national Māori church that melded the political and spiritual in a way aimed for but not previously achieved by any other Māori leader. In doing so, he had provided charismatic leadership at a national level, and had set a course followed by his political representatives and spiritual successors. To his Māori opponents and many Pākehā he was a charlatan and an over-ambitious politician. In his lifetime, those who initially ignored him saw his church firmly established and his political movement becoming victorious in the polls. Both church and party endured as powerful forces.”

The spirit of service endured as well. For the Maori people Mana, or “standing”, comes not from wealth or job title, but from your standing in the community. Generally that is related to service. Many years ago I was lucky enough to attend a series of Maori tribal meetings, or Hui, held at tribal meetings houses around the country. These tribal gatherings are a tradition unbroken by the arrival of Europeans. They are two to three day events (or longer) and one of the characteristic features is that attendees stay overnight. There is no wandering back to the hotel to flick idly through tv channels. At some of the Hui, we all formed neat rows in our sleeping bags around the walls of the building. At others we covered the whole floor like sardines. When you are all in sleeping bags, everyone is equal.

At one such Hui, I spoke to a man who spent the entire three days working in the kitchens. He spent his time clearing dishes from the dining room. As we ate he could be seen in the kitchen, hands in the sink. As the last session of the final day was drawing to a close in the large meeting area, I saw him appear and make his way to the front. He took to the stage and proceeded to speak to the crowd in Maori for the next ten minutes. No one moved. The standing of the man was apparent. Afterwards he mentioned to me that one of the things he had said was to quote Martin Luther King. We must judge people not by the colour of their skin but by the content of their character.

Matiu Ratana came from a long tradition of service to the community, and he was clearly someone who served. As so often in tragedy, we read about the extraordinary lives of ordinary citizens, and wish somehow we could have known them and thanked them all along. We are reminded of Ronald Reagan’s words: “To those who say that we’re in a time when there are no heroes — they just don’t know where to look.”

Our heroes are all around us. We must find ways to recognise them and thank them more often.