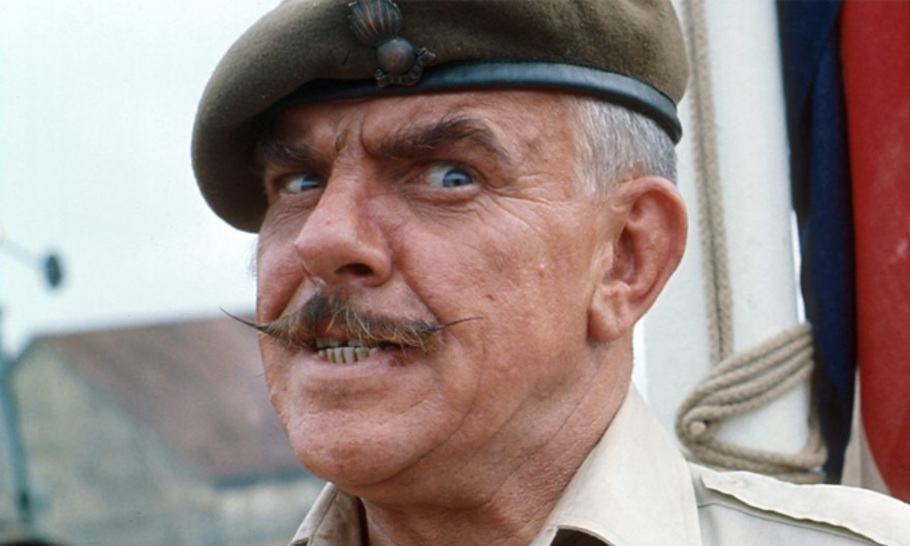 The death of actor Windsor Davies last week led to a flood of responses on social media, especially about the comedy series, It Ain’t Half Hot Mum which made his name. Two of my favourite journalists took very different views of the popular 1970s sitcom. Oliver Kamm from The Times tweeted, “I’m sorry for the death of Windsor Davies, but perhaps recall that It Aint Half Hot Mum involved laughing at a stereotypical Indian character played by a white guy blacked-up. It should never have been made.”

Stephen Pollard, the editor of The Jewish Chronicle (declaration of interest, I am the paper’s chief fiction reviewer), took a different position: “It Ain’t Half Hot Mum was a product of its time and I don’t condemn it as such. But it shows how better our society is now that a programme like that would not be made.”

Both men have reservations about one of the most popular sitcoms of the time (there were eight series shown between 1974-81). The key problem was the casting of a white English actor, Michael Bates, as the Indian character, Rangi Ram. This was compounded by the fact that he was treated as a figure of fun. The BBC announced a while back that it would not repeat the series. The BFI’s Screenonline website sums up the problem:

That this second excursion for the David Croft/Jimmy Perry comedy team has not enjoyed the enduring popularity of its predecessor is principally due to its perceived national stereotyping and occasionally patronising humour.”

The entry continues, “To a modern audience this characterisation looks unnecessarily crude, even bigoted.” In a piece on “Race and the Sitcom”, also on the BFI’s Screenonline website, Mark Duguid agreed, writing that the series “suffered from its narrow stereotypes of its handful of Indian supporting characters as alternately servile, foolish, lazy or devious.”

Perry and Croft, and many of the actors, were deeply upset by the BBC’s decision and would not have agreed with the new PC climate. In a 2013 interview in The Daily Telegraph, Jimmy Perry argued, “All Michael Bates […] wore was a light tan. He wasn’t blacked up! Michael spoke fluent Urdu, and was a captain in the Gurkhas.”

The question is not whether Bates spoke Urdu, but what we should do with once- popular programmes which are now deemed to be racist or homophobic. Kamm takes a strong position: “It should never have been made.” That’s ridiculous. You can’t wish away the past and I’m sure Kamm, one of the smartest and most judicious of journalists, would agree. The 197os were a different time and race was a key part of the culture wars. Till Death Us Do Part (1965-75) satirised the racist views of Alf Garnett, but many viewers clearly identified with the Eastender’s views of “coons”, “wogs” and immigration. The same problem greeted Love Thy Neighbour (1972-76), in which a black Tory-voting couple moved next door to a while working-class couple. Curry and Chips (1969) was dropped after just six episodes, with Spike Milligan blacked-up as an Irish-Pakistani.

Some of these programmes were hugely popular. Harold Wilson famously wanted the BBC to change the transmission time of Till Death Us Do Part so it wouldn’t stop Labour voters going out to cast their votes.

Times have changed. It is deeply disturbing to now watch the young Lenny Henry in one of his first TV appearances on an ITV talent show in 1975, making nervous jokes about his colour. Sitcoms like It Ain’t Half Hot Mum and Curry and Chips are inconceivable today.

No one, of course, is suggesting that such programmes be made now. The argument has moved to whether such programmes should ever have been made at all (Kamm) or whether they show “how [much] better our society is now” (Pollard).

We have become Puritans. Instead of destroying religious idols and stained-glass windows, we now want to ban old TV programmes from being repeated. Who knows where this might lead? Perhaps there will be a call to wipe tapes of such offensive programmes, to pretend that the past was different. It wasn’t. We must acknowledge the past and understand how people thought differently and why.

“Friendship,” said the great German critic Walter Benjamin, “is not the abolition of distance. It is the bringing of distance to life.” The same is true of past values. We shouldn’t abolish them but understand the past in all its difference and discuss why racist, sexist and homophobic views became unacceptable.

This has never been more important. Racism is on the march again. Antisemitism has never been more prevalent in mainstream British politics in my lifetime. Women MPs receive rape threats and misogynistic abuse daily. Look at social media today and the gentle comedy of Perry and Croft looks like something from a more innocent age. We shouldn’t destroy or wish away TV programmes from the 1970s. We should think about them and ask ourselves whether we have really made the progress we sometimes think we have and what are the best ways to combat race-hate and discrimination today.