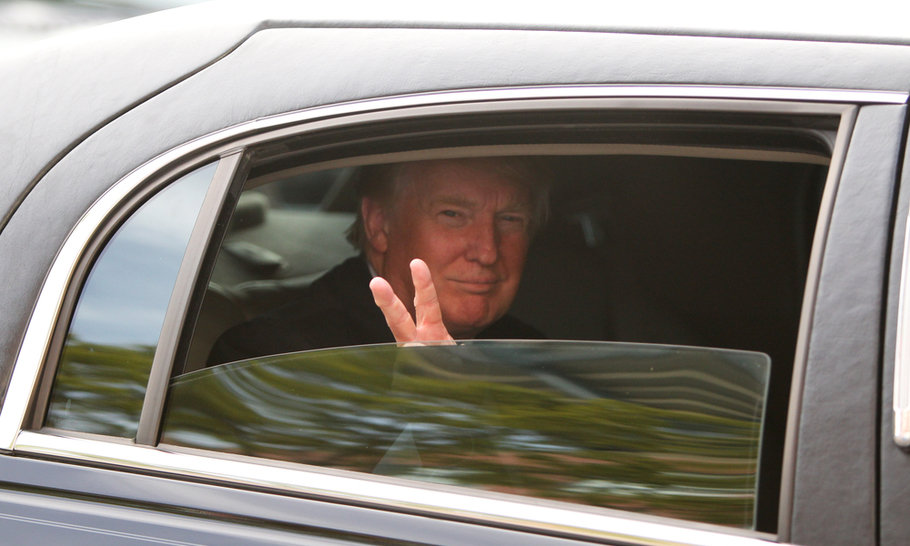 For once, the major dramas around the Nato summit in London are more focused on Franco-German relations than on Donald Trump. That doesn’t mean, however, that all eyes aren’t on the Trump during the visit. Fears over how he might upset the British general election applecart abound, and Boris Johnson has reportedly planned to keep a “respectful distance,” from his tumultuous visitor.

Doing so is probably wise. New polling by the British Foreign Policy Group and Opinium has revealed that 30 per cent of Britons view the United States as one of the greatest threats to global peace and security, just behind China, Russia, Iran and North Korea. Asked about the single greatest threat to global security, 13 per cent of Brits chose the US, only one point behind China, and ahead of the 10 per cent that selected North Korea and Iran. With such suspicion on the role of the US among British voters, Johnson’s decision to keep a safe distance from Trump is probably a smart move.

The so-called “Special Relationship” between the UK and the US was always based on the liberal ideals of the rule of law, human rights, and a multilateral world order. Nato, the cornerstone of Western defence policy since the end of World War II, has further solidified the alliance, with the US and the UK its largest contributors.

But these striking polling results point to a fraying relationship that may not be so special after all.

Perhaps most shocking is the sheer number of Brits that view the US as a greater threat to global peace and security than North Korea and Iran. Both countries are running nuclear weapons programmes that are illegal under international law, and are governed by regimes diametrically opposed to western values. How has one of our longest-standing and closest allies become a greater threat, in the eyes of the public, than these two pariah states?

One explanation is Trump himself, who has thrown the norms of international diplomacy to the wind. His apparent disdain for liberal institutions and close embrace of authoritarian leaders has severely weakened trust in the US and, correspondingly, in the Nato alliance.

Another explanation may be the historical distance of younger generations from the institutional alignments of the multilateral world system, of which Nato is a product. Of Brits polled, 84 per cent of citizens over the age of 55 rated the UK’s membership in Nato as important, with 52 per cent describing it as critically important. But for those aged 18-34, the figures are 44 per cent and 22 per cent respectively.

The survey also showed that younger people are less concerned in general about threats to global peace and security, except for Saudi Arabia and Israel, where they appeared more concerned than older generations. These trends reveal the widening disparities in foreign policy opinions between different age groups, as well as deepening partisan divides on the question of global security threats.

Anti-US sentiment is, perhaps unsurprisingly, particularly pronounced among Labour voters. Twenty-one per cent ranked the US as the single biggest threat to global peace and security, compared to only five per cent of Conservative voters. This partisan divide suggests that, whoever leads our next government, a re-evaluation of the special relationship is on the menu.

The figures certainly play into the current narrative of our general election campaign, as the Labour Party has painted the US, and Donald Trump in particular, as a threat to the NHS. It is also likely that Labour voters are more sceptical about the US military intervention in foreign conflicts and draw links between these and threats to UK security. Coverage of the Nato summit has been around the boost to Jeremy Corbyn’s electoral chances if he is seen to be standing up to America. This again reflects the growing distrust of our closest ally.

The result on December 13 will likely bring with it a re-evaluation of the special relationship. Should the Labour Party form Britain’s next government, then a pivot from the US is likely. Equally, a Johnson-led government would turn to the US as the UK leaves the EU. Whatever the outcome, the year ahead will determine just how special the special relationship really is.

A year of two halves?