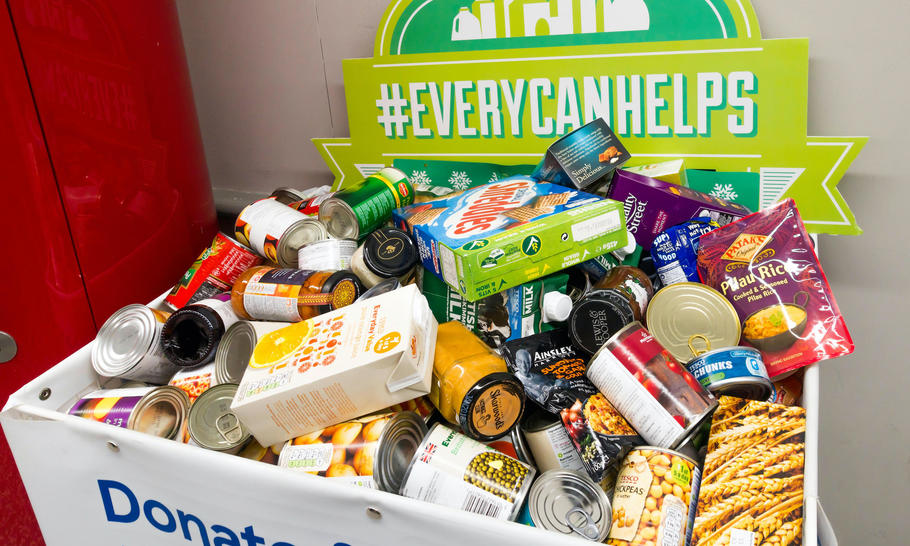 The young woman ahead of me at the supermarket checkout looked anxious and preoccupied. After about half of her items had been processed, she abruptly asked the cashier how much the total was, then told her to stop the conveyor belt. “That’s all I can manage,” she said. “Sorry.” An assistant was called over and her fresh vegetables had to go back to the shelves. As she counted out the modest sum in cash that was all she could afford for her family, she looked embarrassed and wretched.

This is the reality of food price inflation in Britain today. The shortage of lorry drivers and other workers in manufacturing doesn’t only mean empty shelves: it also translates into higher prices. The chairman of Tesco, John Allan, says that he expects “mid single-digit [percentage] increases”, while the Bank of England warns that overall inflation will rise “slightly above” four per cent by Christmas as higher energy prices feed through. Nor is this spike expected to be short-lived. Next April the price cap on gas prices will have to rise to avoid driving the remaining energy suppliers into bankruptcy. But for many people, energy bills are already going up.

Most people may tighten their belts a little, but will have savings and other resources to weather the storm. Others don’t know where to turn, especially as the end of the furlough scheme looms. For a significant proportion of the population — those who cannot work, who are looking for work, or work in very low-paid jobs — have no choice but to claim Universal Credit.

On October 6, nearly six million claimants face the end of the £20 a week supplement that has been paid since the beginning of the pandemic to cushion its impact. Rishi Sunak, the Chancellor, says that making the rise permanent would cost £5 billion a year, which is unsustainable without tax rises. He has a powerful case, as Lettice Bromovsky argued last week. He is already introducing a big hike in National Insurance to pay for health and social care that will hit almost everyone in work, including pensioners. According to the Resolution Foundation, four in ten households on Universal Credit will face an average 13 per cent rise in energy bills in the same month that their benefits are cut. And then there are food bills.

All this means that for the poorest members of our society, this winter will be even tougher than the last two. Even if the pandemic continues to recede and the economic recovery does not falter, rising prices will result in a significant drop in living standards for those who can least afford it. For some, such as the young woman in the supermarket queue, the only solution may be to go to the local food bank. Or, even worse, to take out short-term loans — probably at extortionate interest rates. Hard on the heels of a rise in family poverty will come a debt crisis.

This is the reality of inflation. Economists may argue about its causes and remedies, but there is nothing theoretical about its consequences. The Government can do something to mitigate the effects, but it cannot solve the problem unless it addresses the causes. Measures such as that proposed by Thérèse Coffey, the Work and Pensions Secretary, to cut the taper rate at which Universal Credit is withdrawn, would merely reduce the cut in benefits for some claimants from £20 to £11 a week, at a cost of £700 million. About two million workers in hospitality, many of them on minimum wages, will gain from a proposed ban on employers pocketing their tips when customers pay by card, as most now do. The public agrees that rewards for good service should go to those who provide it — especially when tips are added to the bill automatically. But there will always be those who still earn too little or who fall through the cracks.

Universal Credit was underfunded when it was introduced at the height of austerity, as Sir Iain Duncan Smith, the man who created it, said at the time. In the end, he resigned on principle — but his protest fell on deaf ears. The system is designed to encourage people back into work, but in its underfunded form it has become a stick for Labour to beat the Tories with. If he is serious about levelling up, the Prime Minister and the Chancellor need to take another look at Universal Credit. They should ask Sir Iain’s advice. Above all, however, the Treasury and the Bank of England must get a grip on inflation. Even the best-designed welfare system cannot cope with prices outpacing wages over the medium to long term. Something has to give. And that something could well be the coalition of support that got the Conservatives elected in the first place. Poverty, inflation and the crisis of the welfare state mean a coming winter of discontent. The message is simple, Boris: sort out inflation — fast. Or this Government will soon be out on its ear.