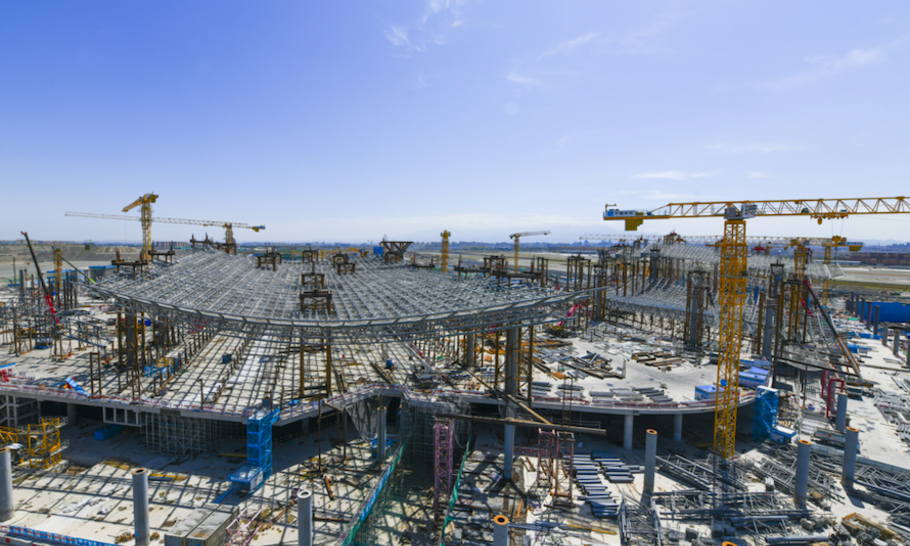 As we enter the peak period of summer in the Northern (largely Western) hemisphere, evidence of a big statistical economic recovery from Covid-19 has started to build up. Those of us who thought this highly likely have been justified in our beliefs. What comes next, in view of all the many challenges?

On the recovery itself, the IMF is the latest to join in the optimism about the scale of the British rebound in 2021, forecasting that the UK’s real GDP growth will be among the strongest — indeed, perhaps even the strongest — in the developed world. This seal of approval by the Fund confirms the now generally widespread expectation of a strong recovery here and around the world. This is certainly true as it relates to financial markets, which are very fast at discounting the marginal news, and their strong performance over many months shows that the recovery is now “ in the price”.

The same kind of high frequency cyclical indicators that, some months ago, were suggesting a recovery generally continue to suggest more of the same, although they add little information about the durability of any recovery beyond the next six months, or about how equ itably that growth will be distributed. I use some well-known regular indicators for predicting near-term economic growth, as well as other indices of financial conditions. There is some circularity between financial conditions — an important leading indicator — and the high frequency indicators — lead or coincident indicators — so that if financial conditions were to abruptly (and permanently) tighten, that would suggest future leading indicators would soon weaken.

Fortunately, except for China, most financial indices remain extremely friendly, because of the remarkable strength of both equity and bond prices, the two components that are usually the dominant variables in any global financial conditions. This is despite the persistent and widespread discussion about the risks of inflation, and with it, a possible early end to the staggering generosity of central banks. Indeed, while some commentators are shifting their concerns about inflation to a notable slowdown in economic growth momentum, the fact that financial conditions have eased further recently, makes a sustained slowdown unlikely.

As for the high frequency lead indicators, the most useful from a global perspective include the monthly South Korean export data (the fastest country in the world to report its trade data), the global monthly purchasing managers survey (PMI), the split between business inventories and new orders of PMI surveys, other key business confidence surveys (such as the German IFO or monthly Belgian business confidence survey), and the weekly change in US job claims. All these variables are statistically significant, and collectively powerful in predicting what will happen to real GDP in the next one or two quarters.

To cite just two of these, South Korea ’ s export performance continues to power away. Contrary to the persistent chatter suggesting that we have passed peak globalisation, the degree of South Korean strength raises doubts yet again that such a “ lazy consensus” has got something rather basic wrong. Other important exporters report similar strength, albeit not as quickly as South Korea ’ s data does. In the Eurozone, the so-called “ flash” PMI for July showed another new high after recent months reporting the strongest ever indices since the series first commenced. In both the US and UK, some softening has taken place, which is why some are suggesting that the cycle may have peaked, but it is far from clear whether this is a new trend.

So, short of a large collapse of equity and bond prices in the remainder of the summer (not at all impossible), a big statistical recovery of global GDP in 2021 now looks highly likely.

There are some big qualifications to add to this optimistic assessment.

Firstly, China is telling a somewhat different story. One reason is that financial conditions in the Chinese economy have been tightening — erratically — for much of 2021, partly if not fully in response to measures from the Chinese government. Among the latter is a widening crackdown on businesses in China, including both the high-end education sector and the tech sector. Chinese cyclical indicators have also been generally disappointing after an initial burst in early 2021. Given that China has been the most important marginal contributor to global GDP for at least the last decade, this is potentially worrying not only for China but beyond.

I am not entirely sure if the Chinese authorities are as focused on their downside economic growth risks as they usually are, because this is all happening at a time when China’s demographic profile has turned the corner to an era of a diminishing work force, not to mention their ongoing battles with the US and the rest of the world. Like most of the rest of us, China needs productivity growth to offset an ageing population. I am not sure that attacking a growing number of business sectors is likely to help.

Secondly, because China entered and exited the Covid-19 V-shaped cyclical pattern ahead of the rest of us, it is also possible that the powerful recovery elsewhere could easily lose some steam. This could happen either of its own accord, or because something new “went wrong”, or if financial conditions abruptly tighten. I remain sanguine, if not downright optimistic, but I continue to watch many measures of inflation, and inflation expectations, as warning signs.

Thirdly, none of this cyclical hope suggests much about the quality of recovery. No doubt, so far at least, it probably feels distinctly more like a K than a V for many people, especially those who are less skilled. Another, perhaps growing, dilemma for western policymakers will be the sharing of the spoils of growth: how it gets divided between wage earners, bosses and financial asset owners.

I suspect this is now a structural issue that will persist for years and can only be amicably resolved for the majority if we experience a burst of strong productivity growth. That would allow for broader non-inflationary wage gains, as well as continued profitability for many businesses.

Fourthly, linked to China’s domestic challenges, is the never-ending state of disrepair of global governance. Central to this are the philosophical differences between China and the US. This looks set to persist, and the best we can hope for is a joint focus on climate change, which might be used as broad umbrella to make sure we don ’ t deviate too dangerously on other matters.

Fifth, as the extremely worrying weather reports show from around the world, the battle to reduce global warming is a serious shared dilemma.

Lastly, this pandemic has a habit of bouncing back expectedly. We can ’ t be overly hopeful that we have mastered it, or that other global health challenges, such as antimicrobial resistance, are not going to cause similar disruption soon. We can only hope that policymakers are going to adopt new ideas, such as the Global Health Board under the G20 (in which I have been involved), to at least make sure that we can respond quicker and better, if these threats to public health threaten our defences.

So: I am optimistic about the world for the coming months. But beyond that, challenges lurk.

China Covid-19 The economy The US