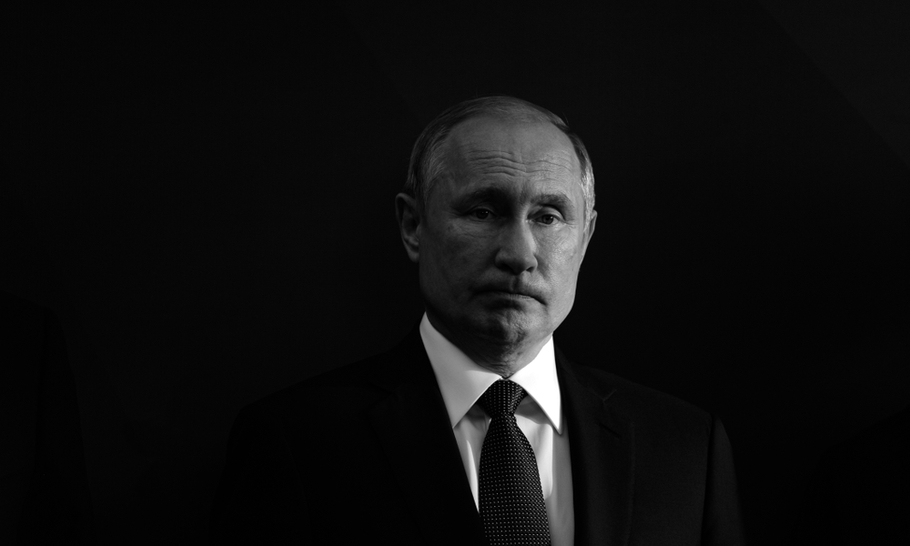 How has the interaction between psychology and politics helped to manufacture Russian support for Vladimir Putin’s war in Ukraine? And is there anything anyone can do about it?

At Larger Us, we think a lot about them-and-us dynamics, which Putin appears to have had considerable success in stoking with regard to his war in Ukraine. Around 50-60% of the Russian public support his actions, as far as analysts can tell. Many Russians refuse to believe accounts of atrocities, even from their own relatives in Ukraine.

Part of Putin’s success lies in how he has excelled at manipulating the psychology of grievance, an area that has been compellingly explored by Vamık Volkan, a psychiatrist who specialises in conflict resolution.

One of Volkan’s ideas is that when a group’s identity is threatened after a loss of power, status, or prestige, it becomes psychologically essential to reestablish it. If societies don’t work through their sense of loss through a process of mourning, he continues, it can become central to group identity, making them vulnerable to manipulation by destructive leaders who play on old wounds. Serbia and Milosevic offer one example; Trump, with his story of how America used to be great, another.

Putin is a case in point too. For years, he’s spun a narrative of humiliation at the hands of the West. As Sam Freedman notes, this was the backdrop to his sudden occupation of Crimea in 2014, when his lagging popularity levels suddenly shot up to their highest ever levels amid “the first substantive national ‘victory’ in the lifetime of most Russians”.

It seems likely that Putin expected another quick victory in this new war in Ukraine. This was a catastrophic miscalculation, which has instead left Russia mired in a politically (and possibly militarily) unwinnable war, with immense costs for Russia in terms of lives, prosperity, and global standing.

The risk now is that this dynamic starts to self-amplify. Russians’ sense of humiliation and victimhood seems certain to increase as a result of Putin’s disastrous war. It’s easy to see how this might lead Putin to double down, for instance through leveling more Ukrainian cities in the same way he did in Grozny or Aleppo, or even deploying tactical nuclear weapons.

So is there any way of de-escalating the sense of loss and grievance felt by ordinary Russians, given the immense harm this has caused in the hands of a manipulative leader like Putin, and the scope for it to do much more as the war drags on?

Two of the most impressive pieces of storytelling seen during the war — a war in which narrative has become crucial, as Yuval Noah Hariri notes — offer some pointers. One is the extraordinary address made by Volodymyr Zelensky on the eve of war; the other, the viral speech made by Arnold Schwarzenegger. Five points stand out.

First, both speeches were addressed to ordinary Russians. In Zelensky’s case, the speech was in Russian, with a clear distinction between the Russian state and its people. Schwarzenegger goes further, addressing his speech to “my dear Russian friends” and recalling his friendships with Russians. There are similarities here with the Radical Love campaign in Turkey, with its principle to “Ignore Erdogan, but love the people that love him”.

Second, there’s much emphasis on what we share. Zelenksy talks repeatedly about “the people”, which, he makes clear, includes both Ukrainians and Russians. Schwarzenegger echoes the point, noting that “those who don’t deserve it, on both sides of the war, will suffer”.

Conversely, third, both speeches avoid othering. While neither speech shies away from the terrible human cost of war, there’s no contempt or shaming to feed the sense of humiliation and victimhood that Putin has long preyed upon. Instead, both speeches are respectful.

Fourth, both speeches are calm; reassuring, even. Neither speech takes Russian audiences into a ‘fight-or-flight’ state. This would work to the advantage of a leader like Putin, given how fight-or-flight states make us lock into our in-groups while making us more aggressive and worse at critical thinking (a dynamic brilliantly explored by Karen Stenner).

Fifth, both speeches empower their Russian audience with a sense of agency. Zelensky tells Russians that “if the Russian leaders don’t want to sit with us behind the table for the sake of peace, maybe they will sit behind the table with you”. Schwarzenegger invites Russians to “help spread the truth” about a “human catastrophe”, before telling Russian protestors: “you are my new heroes”.

To be sure, real peace seems a distant hope right now. But even if it took a decade to reach, it seems clear that the path towards it would run through de-escalating the sense of victimhood and humiliation felt by ordinary Russians. (Look at how a similar sense of grievance and loss in Germany helped set the stage for Hitler’s rise after World War 1, and how peace after World War 2 was built on defusing it.)

Until then, there is every reason to avoid aggravating that sense of loss and grievance as much as possible, given that the more it’s triggered, the more it puts Putin in his familiar comfort zone. The whole point about them-and-us stories is that they provide oxygen for authoritarians like Putin. This is why they play down what we share and lead with othering and division; why they trigger people into fight-or-flight, and invite them to hand their agency over to strongmen.

Conversely, stories of dignity and solidarity — of a larger us rather than a them-and-us — do the opposite. As Maria Stephan (who with Erica Chenoweth wrote the book on how nonviolent resistance can overthrow autocratic regimes) explores in a deeply hopeful post, these are the stories that we need to draw on in order to overcome authoritarians like Putin and Trump — just as it was stories like these that triumphed in the 2014 Euromaidan protests that ended Viktor Yanukoych’s rule and made modern Ukraine.