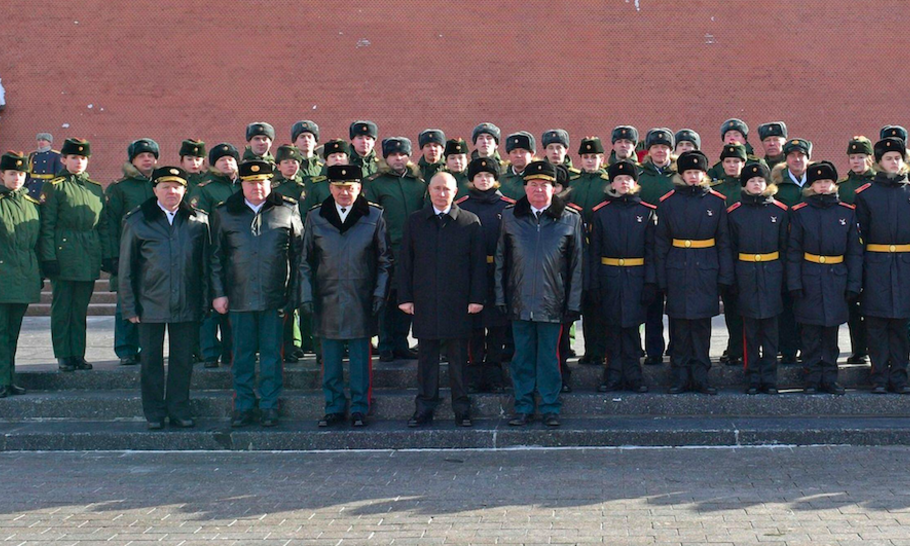 I have no idea whether Russian forces will invade Ukraine. The deluge of reporting on the strategic options in Vladimir Putin’s in-tray requires little further elaboration. If I was to take a punt, I would hazard that we are watching the largest worked example yet of hybrid warfare. While subversion, information operations and the occasional cyber assault keep the pot boiling below the threshold of formal conflict, the Russian army is demonstrating on Ukraine’s borders in a way that creates a contingent threat of escalation into a recognisable condition of war.

The dexterity with which Russia manipulates the threat of escalation has become one of the defining characteristics of its military/diplomatic playbook and it is yards ahead of the West in this respect. If the mortgage was at stake, I would put it on a ferment of sub-threshold activity backed up by lots of conventional military posturing, stopping short of live conflict. But it’s not and I’ll leave further speculation to others. My purpose here is to try to put the Russo/Ukrainian strategic relationship in some form of context, both historical and contemporary.

We can pass quickly over medieval history and the early modern period with a few observations. The first is that Russian identity owes an enormous debt to Ukrainian example. Kievan Rus’ became a power in east/central Europe from the 11th Century. Centred on Kyiv, it was the result of a happy conjunction of Viking explorers of Russia’s river system and the native Slavs. Its legacy, including forms of governance and the central role of Byzantine Christianity, were swallowed whole by the Romanov dynasty and remains recognisable in Putin’s Russia today. There is also, of course, the clue contained in the names of both Russia and Belorussia.

The second is that any axis of ground manoeuvre from the Russian dominated enclaves in eastern Ukraine to Kyiv would have Poltava as an intermediate objective. Here, the Russians would be walking in the footsteps of tsar Peter I. When Charles XII of Sweden led his army towards Poltava during the Great Northern War, it was the most powerful military instrument in northern Europe and the Swedish Empire a great European power. None of that survived the battle of Poltava in July 1709, where Charles’ army was defeated by Peter. As a result, Russia became the dominant force in northern Europe and Peter made the first step towards the sobriquet Great — a path the Russian president may have ambitions to follow.

The third and last is that when Catherine the Great annexed the Crimea in 1783 she set a handy precedent that Vladimir Putin would emulate in 2014. The original annexation occurred in an interlude between successive Russo-Turkish wars that saw the Ottoman Empire cede much of Ukraine to Russian rule and establish the tortured relationship that remains today.

So, the relationship is long and it’s complicated, never more so than in the 20th Century. In an echo of today’s divided loyalties, Ukrainians fought on both sides during the First World War, for the Austro-Hungarian and Russian empires respectively. Even after Ukraine became a founding member of the Union of Soviet Socialist Republics, in December 1922, divisions still ran deep and separatist sentiment began to develop, a trend profoundly accelerated by the genocidal famine of 1932/3. All of which set the divisive scene for the catastrophe of World War II.

As the war moved eastward, Ukraine was on the direct route to the Caucasus oilfields and a series of titanic kessel (cauldron) battles saw the Soviet armies pushed beyond the Ukrainian borders and as far as the River Volga, at Stalingrad. Behind the frontline troops, the SS Einsatzgruppen committed atrocities that included the murder of 33,000 Jews over a two-day period at Babi Yar, just outside Kyiv. Yet all the time German soldiers were being garlanded with flowers as liberators from Soviet oppression. This was not a universal response and over four million Ukrainians fought in the Red Army, but it was more evidence of the schismatic ambiguity that has characterised modern Ukrainian history.

The road from Stalingrad back to Berlin lay through Ukraine and today is not the first time that Russian soldiers have massed proximate to the country’s eastern borders. The four separate battles of Kharkov (Kharkiv) fought between 1941 and 1943 were as brutally contested as any on the eastern front and the third battle, in February 1943, set the conditions for the battle of Kursk, the largest single land engagement of the war. The average Russian soldier on the Ukrainian border today will be more concerned with keeping warm than reflecting on the long rhythms of the military history to which he is heir, but how can even the most limited imagination not be animated by such prodigious example? It would be interesting to be a fly on the wall of a unit briefing to see how much the ghosts of the Great Patriotic War are invoked pour encourager our shivering conscript.

Inspiration cuts both ways and the Ukrainian nationalist will draw on the events of February 1944. By this stage of the war there was only one likely outcome, but this did not deter the Ukrainian Insurgent Army from putting itself on the wrong side of history when it ambushed and killed General Nikolai Vatutin. Vatutin was a hero of the Stalingrad encirclement, of Voronezh and of Kursk and he would have led the 1st Ukrainian Front all the way to Berlin. Again, how much comfort will a prospective Ukrainian guerrilla draw from history as he conceals his weapons against the day the Russians arrive?

Bringing things right up to date, we flatter Russia that it has learned the lessons of Western failure in Afghanistan (on which it needs little instruction) and Iraq. Avoid America on ground of its own choosing; exploit the ambiguity of sub-threshold engagement; set the pace of the escalation/de-escalation process; only commit to war when in possession of decisive local advantage; keep the narrative stoked. The list goes on and has enabled Russia to play a bad grand strategic hand well at the tactical level, but how is it stacking up this time?

Having renounced further speculation, I’ll speculate a bit. If the Russian intention is to make a localised land grab to build out its existing enclaves, it looks to be observing its own hybrid criteria and is likely to succeed. If it is contemplating what the American army would call a “Thunder Run” — a foot to the floor armoured dash for Kyiv — it will also probably succeed, at least in the initial stages. If, however, it is planning the full-scale invasion and pacification of the second largest country in Europe, defended by the third largest army and supported by a large part of the 40 million population, it has clearly not been paying attention.

The central lesson of Iraq is that the conventional warfare phase is the easy part and the problems start when the large-scale shooting stops. Political fellow travellers could probably be found to put a Ukrainian face on governance and elements of the national security structure might be suborned to compliance with Russian control. Yet in terms of simple military physics, 175,000 Russian troops will not go far in a piece of geography the size of Ukraine when main bases and lines of communication have to be protected.

And, while Russian forces may be entirely adequate at all-arms warfare, they are unlikely to have the vocation or training for the much more complex, protracted and manpower intensive business of counter-insurgency. Neither is there any evidence that they can quickly transition from one warfare discipline to another as the American army did during the Iraqi surge. Finally, what appetite is there amongst an army of conscripts — and their potentially bereaved mothers — for the insidious drip, drip of casualties in a conflict where all the hybrid advantages are suddenly on the other side.

And this is surely the key point for Putin: for as long as he huffs and puffs, without commitment, he is holding the aces. The minute he commits to a full invasion he is entering the realm of chance and unforeseen contingency. If you have written the hybrid warfare manual, it would be grossly negligent to ignore the first principle of always calling the shots through the medium of escalation control, but that’s where Vladimir Putin could find himself, soon.

Indeed, his dilemma may be even more exquisite than that. There is the additional danger that in taking Europe to the edge of war, and then pulling back, he will breach the second hybrid principle of never calling your own bluff. Either way, Vladimir Putin’s position is weaker than the more apocalyptic commentators contend. He needs to tread carefully in Ukraine.

Putin Russia The US Ukrine War