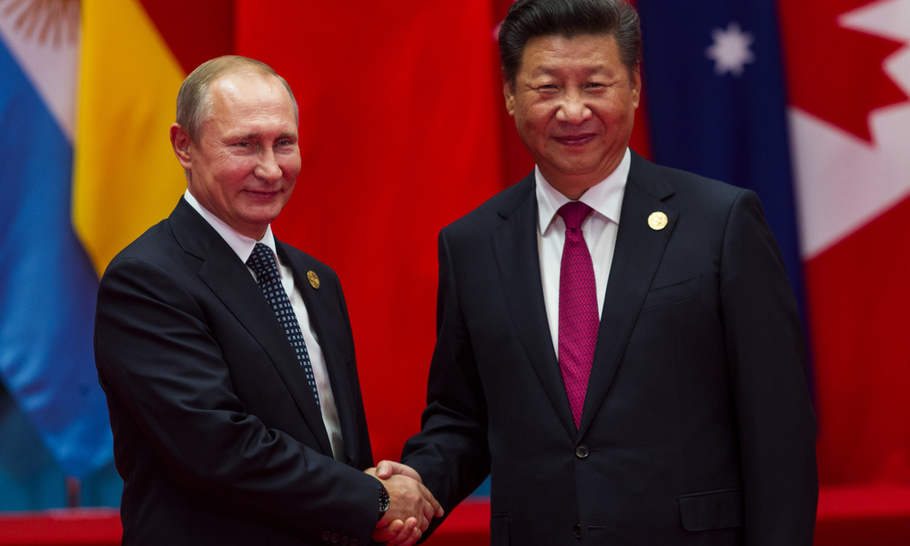 The international community has woken up to the threats posed by the Kremlin and the Chinese Communist Party (CCP). The National Security Strategy of the United States and the UK’s Integrated Review highlight both as security priorities and as “systemic rivals”. But while this is a welcome development, there is a significant component that is missing: a rebranding of our rivals themselves.

Despite the National Security Strategy emphasising that US concerns are not with the Chinese people, the term “China” is used throughout. Similarly, when responding to the Bucha massacre, Boris Johnson insisted that “he could not believe” that Vladimir Putin was acting on behalf of the Russian people. But official documents and policymakers repeatedly refer to the condemnation of “Russia”.

Using such terms is understandable; they are geographically accurate and simple to understand, but this practice is flawed. The principles of strategic communications demonstrate that rebranding our systemic rivals should be a core part of our strategy.

Labelling our systemic rivals as “Russia” and “China” unwittingly conveys the legitimacy these regimes crave. The Kremlin and the CCP want their respective institutions to be viewed as inseparable from the people they control. In the same way, the so-called Islamic State uses its title to suggest that it is representative of Islam and a legitimate state.

The Kremlin and the CCP then use this legitimacy to weaponise the natural convergence of society against a perceived threat (the “Rally Round the Flag Effect”). They also use it to justify their behaviour abroad and at home by claiming that they are waging an existential struggle against a xenophobic and colonial West. “Hysterical Russophobia” is a common tagline on Kremlin-backed media. Likewise, “Sinophobia” and “deep-rooted prejudice against China” is a common pushback by the CCP’s information apparatus whenever its conduct is criticised.

Both regimes have also used this narrative to exacerbate legitimate grievances linked to past and present inequalities in the Global South and to cultivate anti-Western sentiment. The narrative contributes to the current divisions on Ukraine and is almost certain to impact everything from Countering Violent Extremism (CVE) to combating climate change.

Evidence suggests that this narrative works. Polls identify many Russians who recognise that the Kremlin is lying about Ukraine, but view such tactics as justified to protect Russia from being “destroyed”. Similarly, China’s nationalists take pride in turning back the clock to relive the “Century of Humiliation”. They perceive the West as determined to reimpose the fantasy of “splitting up China, [reliving the] old dream of invading and dividing the country, even robbing and murdering the people”.

Some Russian and Chinese citizens have played an active part in their regimes. Studies of autocracies prove that it is impossible to maintain an effective repression apparatus without a degree of “buy in” by a minority. But these regimes traditionally rely on apathy from the majority, more than active participation. Rebranding our rivals clearly identifies the regimes and factions within them as separate from their nations. This allows other groups to disassociate themselves from the regime and even resist it without being labelled “agents of influence” or “traitors”.

These are not hypothetical scenarios. The successful Allied strategy against Al-Qaeda in Iraq during “the Surge” of 2007-8 stressed that the group did not represent the wider Islamic community, in order to encourage disassociation among Iraqis. The result was the “Anbar Awakening” and the degradation of the group’s influence. Neither are examples of such dissociation limited to CVE. The cadre of German soldiers and officials that attempted to assassinate Hitler in the July Bomb Plot of 1944 were emboldened to proceed because they perceived themselves as separate from the Nazis and likely to be differentiated from “Hitlerites” by the Allies. Consequently, they gained a stake in regime change — even though the plot ultimately failed.

Contrast these cases with the Bush administration’s pursuit of “de-Baathification” in post-Saddam Iraq. All previous officials of the defeated regime were tarred with the same brush and barred from involvement in Iraq’s reconstruction. The result was a disaster. The unemployment of large numbers of security and administrative functionaries caused alienation, large sections of the population had no stake in Iraq’s reconstruction, while those who did participate were viewed by the excluded as traitors. This failure to rebrand caused widespread instability.

To summarise, rebranding our systemic rivals would deprive them of a core component of their narrative against the West at home and abroad, foment domestic resistance and cultivate future partners within the regimes themselves. So, what language should we use in rebranding?

The most obvious terms are “Kremlin” and “CCP”, which plainly identify the regimes as separate from the countries and their citizens. But while sufficient for official documents, this terminology is unlikely to properly encourage disassociation among Russians and Chinese. What is required are terms rooted in Russian and Chinese culture that identify a select controlling faction and undermine their legitimacy by appealing to a universally reviled behaviour: corruption.

Corruption has been an endemic problem in both Russia and China. Indeed, it has been a core grievance in uprisings throughout their respective histories. Both regimes today are acutely sensitive to this and one of their primary methods of legitimacy-building is to be seen as tackling corruption. Examples include Putin’s campaigns against the oligarchs Mikhail Khordokovsky and Boris Berezovsky under the guise of anti-corruption; the FSB (the successor to the KGB) attempting to suppress their former agent Alexander Litvenenko’s books, detailing their involvement in terrorism and drug trafficking; and Xi Jinping’s infamous “Tigers and Flies” campaign.

However, evidence suggests the only impact of these campaigns is on who is allowed to be corrupt. Putin’s Russia remains synonymous with corruption; state assets are hoovered up by a circle of security officials and “businessmen”. Among Russians, they are known as the “Siloviki” (men of strength), but are reported to call themselves Chekists, in honour of the first Soviet secret police. Likewise, despite Xi’s anti-corruption campaign, inside stories document behaviour that mirrors the worst excesses of the imperial-era Taijian eunuchs.

Harnessing these terms would cultivate dissociation by identifying a select group and invoking its universally loathed behaviour, but they are not definitive. Developing proper terminology will come from establishing partnerships with Russian and Chinese cultural and communications experts. Fortunately for the West, the repressive policies of Vladimir Putin and Xi Jinping have created fast-growing Russian and Chinese diasporas.

The Cold War demonstrated that previous eras of persistent competition are defined by their length and the importance of a successful narrative that appeals to the widest audience. First, we must clarify precisely who our rivals are. Then we must deny them their pretences of legitimacy.