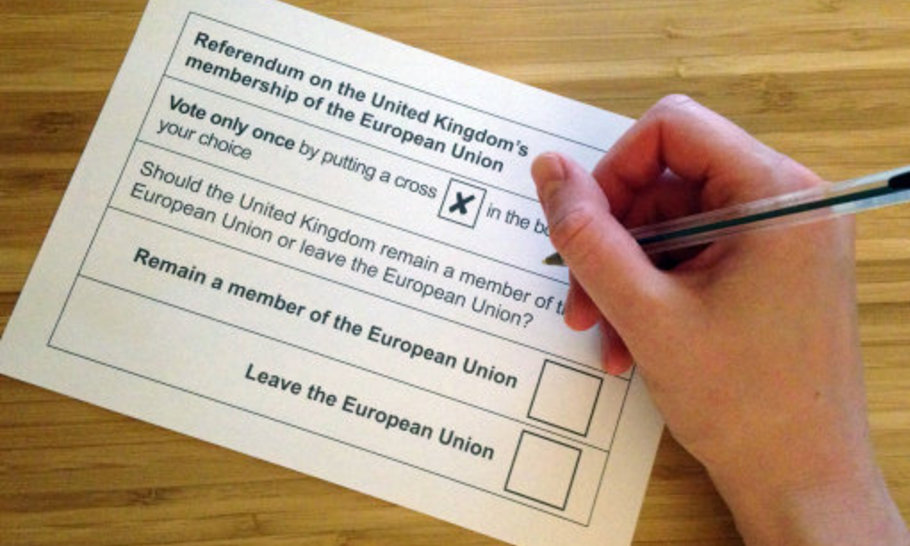 An unspecified panacea like ‘leaving the EU’ is what referendums are designed for. No MPs would want to do it of their own accord, because it is hugely complex, unknowable, and very likely to prove unpopular in the long run.

Once the chosen version of ‘Leave’ is understood as clearly as the option to remain, there is little guarantee that “Brexit” will have much support in the country. Anyone frustrated by parliament’s reluctance to deliver on the referendum result need look no further than the single belief that unites politicians of every creed – a distrust of voters. As one MP put it to me,“they’re completely unreasonable. They tell you what they want a thousand times, and when you finally give it to them, they hate it, and hate you for it.”

Referendums give us an outcome that a majority of the population say that they think that they want in the future. There are three doubtful credibility points in that sentence – “say”, “think” and “in the future”. They give too much agency to people with convening power, or the wealth to fabricate it. Referendums take control it away from the average voter and hands it to disruptive political grifters and media-owners. They are designed for political entrepreneurs (often of dubious provenance) and not democrats.

It has become a mantra that Brexit is the ‘will of the people’. It isn’t. The 2016 ballot didn’t specify a version of ‘Leave’. Some of the ‘17.4million’ voters regard exiting with any kind of deal as being worse than remaining in the EU. Others – supporters of the two Withdrawal Agreements that we have seen so far – said the same thing about ‘no deal’.

There isn’t, and never has been, any version of Brexit that has more public support than remaining in the EU. The single defining feature of the Johnson/Cummings plan to ‘get Brexit done’ is to avoid it being scrutinised. They rightly fear that their deal will unravel in the sunlight. As the FT’s legal columnist David Allen Green has put it (with apologies to Heisenberg), in democratic terms, leaving the EU has its own ‘Uncertainty Principle’ – it can be ‘viable’ or ‘defined’, but never both at the same time.

The attempts to prorogue Parliament, to fight every demand for scrutiny, and the recent attempt to force the whole parliamentary process through within a few days (without even an Economic Impact Assessment) mean that the biggest political decision the UK has taken since 1945 may be defined by an almost unique suspension of Representative Democracy at both its conception and its birth. Whatever the virtues of the eventual end-product may be, the outcome won’t be good for democracy.

David Cameron’s called the referendum to solve a problem within the Conservative Party. Prior to that, our membership of the EU was a minor issue for most voters. Today, it defines all political discourse in the most divisive way. We hear threats of civil unrest if we don’t leave, while also now having the most animated and energetic pro-EU political movement anywhere in Europe. This is some achievement in a country that has always struggled to get a 40% turn-out in euro-elections.

Representative Democracy evolved over two centuries to meet a more sophisticated definition of popular sovereignty. As every politician knows, avoiding outcomes that we really don’t want is as important as getting the things we do hope for, and normally, they have to answer for the consequences at the next election if they disappoint.

A good democracy tries to serve a sustainable consensus of the population and not the reflexive demands for easy answers. In the UK, up until now, our politics has been famed for its blessed moderation.

For most of the past century, it has been almost axiomatic (ironically, particularly in Conservative circles) that Representative Democracy is the least bad way of delivering popular sovereignty. It is designed to keep our governments focussed on giving us the outcomes that we want – prosperity, stability, fairness, safety and predictability. It is almost specifically designed to stop leaps into the unknown, and to absolve voters of the need to engage in issues of policy or governmental strategy – the dry constitutional discussions that empty every pub in which they’re discussed.

Even if Brexit doesn’t result in many of the disasters predicted by Remainers, we can’t know how citizens will react to the reality of it – an odd position to be in when making such a fundamental and far-reaching change.

Whichever specific model we use to exit will result in a tide of recrimination. If there was a genuine, sustainable consensus behind leaving the EU in a particular way, we’d be able to do it very tidily, with a strong negotiating hand, using the processes of Representative Democracy.

Leaving the EU is not our biggest problem. Turning the UK into a plebiscitary democracy is the real threat.