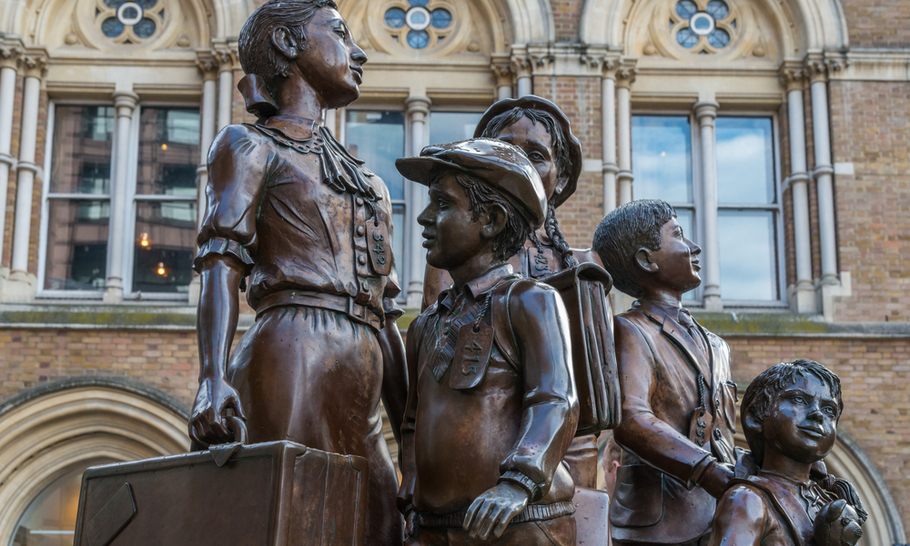 There has been much debate about Ukrainian refugees coming to Britain. Was the Government too slow to respond to the humanitarian crisis in Ukraine? Are we taking in enough refugees? Have Labour and other Opposition parties been too quick to criticise instead of coming up with their own constructive suggestions?

One of the most troubling aspects of the debate has been how often we have mythologised our own history when it comes to taking refugees, especially in the 20th century. There has been much talk of Britain’s “noble tradition of looking after refugees” (Simon Heffer on Radio 4) and too often journalists and politicians have taken the story of the Kindertransport as the defining moment in the history of Britain’s policy towards refugees.

There are several problems here. First, the Kindertransport is misleading in several crucial respects. In his important book, Journeys from the Abyss, the historian Tony Kushner shows what is missing from the prevailing account and asks some troubling questions. In recent years, there has been an explosion of interest in Jewish refugees from central (though less often eastern) Europe. Why has this attracted so much more attention than the quarter of a million Belgian refugees who came to Britain during the First World War? Why do we remember some refugees and not others? There are memorials to the Kindertransport but not to Belgian and Basque children and those who rescued them. And why are we so much more interested in the 10,000 children who came on the Kindertransport than the 20,000 Jews who came as domestic servants?

It’s not just a question of who we choose to remember. For decades there was little interest in the Kindertransport, then suddenly the story was rediscovered and has been widely talked about ever since. Historical memory is far from straightforward, Kushner argues. It is a complex story with many twists and turns. Sometimes there is something suspiciously “celebratory” about what we choose to remember. In Britain, he writes, we prefer stories “connected to innate British decency, especially in relation to Nazism, the Second World War, and the nation’s ‘finest hour’.” The story of the treatment of domestic servants is far from reassuring and he offers a number of close readings of personal testimony to show how dark these experiences were.

In an article written for the Guardian in 2015, the historian David Cesarani also shattered some of our most comforting myths about the Kindertransport. He reminds us, for example, that “the chief rabbi at that time, Joseph Hertz, fulminated against evacuating Jewish children from Nazi-controlled lands only to place them in the homes of Christians.”

Worse still, Cesarani writes, “The origins of the scheme to bring refugee children to Britain began in the summer of 1938, when Jewish leaders pleaded with the Conservative government to permit 10,000 children to emigrate from Germany to Palestine, then under British rule. Fearful of aggravating Arab opinion, the then prime minister, Neville Chamberlain, refused. Nor could they come to Britain. The country was racked by high unemployment, and anti-Semitism was rampant.

Instead of challenging this bigotry, successive governments blocked large-scale immigration. Asylum was only granted to special cases, such as famous scientists… Such was the opposition to adult Jews entering the country and joining the labour market that mothers and fathers were forced to send away their children not knowing where they would end up or if they would see them again. Most did not.”

In her recent book, The Kindertransport: Contesting Memory, Jennifer Craig-Norton presents some equally striking findings. Many Jewish children from religious homes were placed in non-Jewish homes, they received little or no Jewish education and in some cases organisations acquiesced in their religious conversion.

“The celebratory narrative”, as Craig-Norton calls it, has tended to present a very positive view of carers and their motives. They have been usually “portrayed as altruistic strangers”, and cases of “indifferent, exploitative or abusive treatment” have been treated as aberrations. She presents a darker story: “many of these pairings were far from happy,” “many carers were more self-serving than selfless”, using girls as unpaid maids and often motivated by the money they received from charitable organisations. Twins and siblings were often separated on arrival, with deeply upsetting consequences, and separation from and loss of parents was an “often overwhelming source of trauma for child refugees”, both during and after the war. Trauma, she concludes, “was a ubiquitous outcome.”

Then there are the omissions. We have been too quick to whitewash British history when it comes to refugees. For example, the Evian Conference in July 1938 was one of the most shameful episodes in the story of how western democracies, including Britain, responded to the refugee crisis in central Europe in the 1930s. It was, in the words of the French historian Raphael Delpard, “The Conference of Shame”. Evian, writes Paul R. Bartrop in his recent book, “was redolent of infamy in the years to come.”

None of the western democracies wanted to open their doors to Jewish refugees. The Americans refused to accept any interference with existing quota restrictions. The British insisted that Palestine should be off limits. SD Waley, at the British Treasury, wrote in a memorandum, “I am afraid that the Evian Conference is bound to be somewhat of a fiasco.” There was plenty of empty rhetoric and no action. Only two countries agreed to take any Jews: Bolivia and the Dominican Republic. Only the delegate from Colombia spoke of humanitarian principles.

The mythology of Britain’s “noble tradition” when it comes to welcoming refugees does not bear close scrutiny. The recent work of historians like Cesarani, Kushner, Craig-Norton and Bartrop raises troubling questions. As so often when it comes to our past, we are faced with a choice between celebratory  myths and the best scholarship. As Jonathan Freedland wrote recently in The Jewish Chronicle, “to cite the Kindertransport as evidence of a ‘noble tradition’ of welcoming refugees is to betray the facts and to deceive ourselves.”