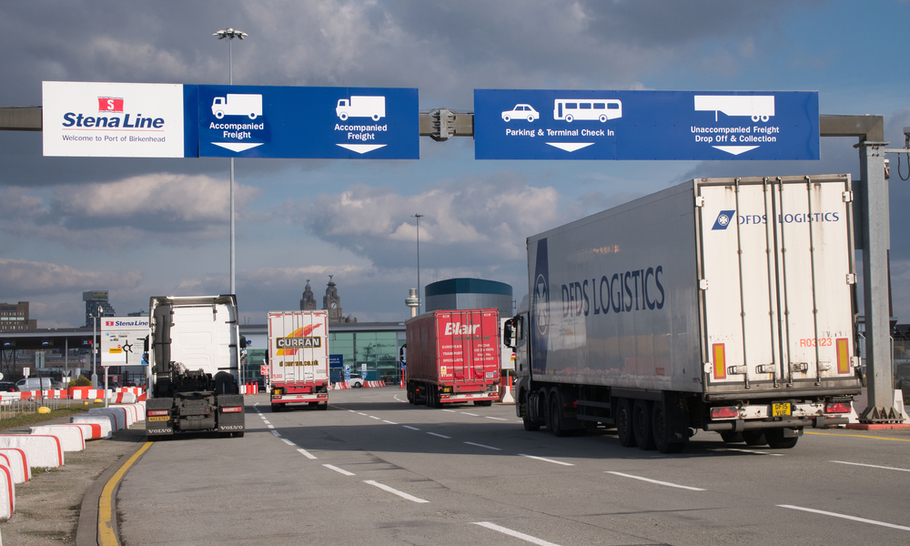 Just a few weeks ago, Brexit looked likely to dominate British politics for the foreseeable future.

Now, talks between the UK and the EU have been suspended. The timetable for implementing Britain’s departure from the single market and customs union is effectively redundant and the contours of any trade deal are likely to be affected profoundly by the coronavirus crisis.

It’s become a cliché to cite Winston Churchill’s description of “the dreary steeples of Fermanagh and Tyrone emerging once again,” unchanged, after the rest of Europe was transformed by the First World War. But the quote might be relevant once again when this contagion passes.

Even if Covid-19 persuades the UK to revamp its approach to negotiations with the EU, the Northern Ireland protocol will remain the most controversial aspect of Brexit and a possible roadblock to progress.

This week, The Critic magazine reported that some Brexit stalwarts in the House of Commons had founded a think-tank, the Centre for Brexit Policy. A “senior member” said that, for this group, “trust in Boris Johnson has been broken,” and that member was not shy about identifying the reason why; “he set himself a deadline and sacrificed Northern Ireland to achieve it, but now he has a chance to redeem himself.”

Ironically, it was the threat of an Irish Sea border that incited Johnson, among other Brexiteers, to turn against Theresa May. With Ulster again emerging as a possible cause of Tory rebellion, it’s worth asking again, how did the Northern Ireland protocol develop and is Boris’s deal really just a revamped version of the hated “backstop”?

From the start of negotiations with Brussels, Northern Ireland was at the centre of the talks and it quickly became apparent that this was an uncomfortable place to be. It was a predicament created in large part by May, who, before the discussions started, promised unilaterally that no new infrastructure, no matter how discreet, could be contemplated at the border between Northern Ireland and the Republic. This clashed with separate pledges that Britain would leave both the single market and the customs union, making some checks on goods travelling between the UK and the EU inevitable.

It seemed that the government would have to compromise on one of its commitments if Northern Ireland were to leave on the same terms as Great Britain. Either there would have to be some way to check goods crossing the Irish land border or the UK would have to remain tied to the EU’s product rules and customs regime.

The chances of reaching a compromise diminished in December 2017, when May agreed a “joint report” with Brussels that formalised her guarantee of no infrastructure. By March 2018, the EU had published its interpretation of the Northern Ireland backstop, claiming it meant that the province would remain in the single market and customs union, with the island of Ireland forming a single regulatory zone, even while the rest of the UK left.

From that moment on, the EU — egged on by the Dublin government — would maintain consistently that it could not reach a deal with Britain that did not include the backstop.

May was initially scathing about Brussels’s demands, telling the House of Commons they created “a customs and regulatory border down the Irish Sea and no UK prime minister could ever agree to it”. Yet the principles of the text — that there should be special arrangements for Northern Ireland, that the province must accept single market rules and that any checks should take place at Irish Sea ports — would be accepted by two prime ministers and form part of the two withdrawal agreements struck between the EU and the government.

Theresa May included a version of the backstop in the deal she agreed with Brussels in November 2018. This agreement was defeated by three meaningful votes in the Commons, leading to her replacement by Boris Johnson, who eventually negotiated his own variation of the Northern Ireland protocol, last October.

The DUP opposed both her deal and Johnson’s. As a result, some critics say the party made a mistake by helping to vote down May’s version. They claim that, if it had been implemented, it would have resulted in less of a gaping divide between Northern Ireland and Great Britain than is created by Johnson’s agreement.

There’s some truth to that assertion, but it ignores some important aspects of the two documents. The backstop and Johnson’s plan share common features, but they are different and were designed to achieve different outcomes.

In May’s deal, the Northern Ireland protocol was intended to bind the whole of the United Kingdom closely to the EU’s single market and customs union. The government’s chief negotiator, Olly Robbins, provided an insight when he was overheard describing the backstop as a “bridge” to a new customs relationship with the EU.

May embraced the backstop eventually because it provided an excuse to preserve close relationships with Brussels, while explaining them away to hardcore Brexiteers in her party as a necessity needed to keep the border in Ireland open. This tactic may even have worked if the DUP hadn’t so consistently argued that her version of the backstop was not acceptable to unionists.

In the short-term, May’s deal might have meant fewer changes between Northern Ireland and the mainland. Its version of the backstop involved the whole of the UK remaining under single market rules until alternative arrangements could be agreed for the Irish land border. Britain would form a new “customs territory” with the EU that largely preserved the status quo, while Northern Ireland would still be a full part of Brussels’ customs union.

There were no assurances, though, that these arrangements would endure. In the future, Great Britain could choose to diverge from the EU’s regulations and customs regime, leaving Northern Ireland alone under the influence of Brussels. But if the government wanted to keep the province close, then it would have to forget making free trade deals with the rest of the world or pursuing a low regulation economy.

By contrast, Johnson’s take on the Northern Ireland protocol is specifically designed to avoid restricting the UK’s ability to diverge from EU rules and strike trade deals. The province will leave the customs union but continue to apply its customs code. And Ulster will have to comply with single market regulations on goods and agriculture, whether or not they cover Great Britain after the next set of negotiations.

In spite of the prime minister’s protests to the contrary, his plan is likely to entail checks and paperwork for goods crossing the Irish Sea between Great Britain and Northern Ireland. It may even require the province’s companies to pay tariffs up-front when they buy materials from the mainland, with the potential to claim money back if they prove the final product has stayed in Northern Ireland.

These effects are more sweeping than anything May’s deal threatened in the short-term. But, under her agreement, all of the worst aspects of Johnson’s deal were possible in the future. In addition, under the backstop, Northern Ireland could have ended up outside the UK’s customs space altogether, with no prospect of enjoying the benefits of Britain’s new trading relationships. Brussels’s influence could have been more pervasive and the divide between the province and the mainland more complete.

May’s deal preserved things largely as they were for the time being, with a guarantee for the EU that its “insurance policy”, should the UK pursue genuine independence, would rip Northern Ireland away from Great Britain. Boris Johnson negotiated an agreement that compromises Ulster’s place in the Union from the moment the transition period ends, but promises a more settled arrangement over the longer term.

For unionists, it’s a little like choosing between a swift boot in the groin or a deferred kick in the teeth.

The government has yet to give a convincing answer as to how it will avoid an Irish Sea border, but the best way to minimise disruption is probably still to agree a comprehensive trade deal. Perhaps, the coronavirus crisis will put the differences between both sides into perspective and persuade them to work more constructively toward an agreement that protects their common interests.