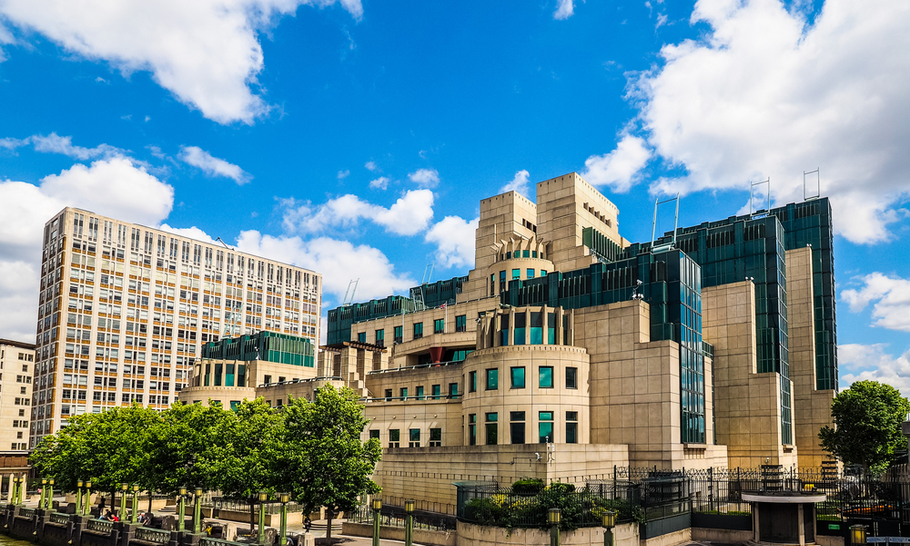 Speaking to TheArticle, Richard Dearlove, the former head of the Secret Intelligence Service, MI6, gave a scathing account of Theresa May’s negotiations with the EU and her failure to understand Britain’s security and intelligence relationship with Europe.

“The deal was that we would be more supportive of European defence initiatives which traditionally we have — I wouldn’t say openly opposed — but we have always been unenthusiastic about,” Dearlove said.

“The UK’s attitude towards European defence has been to place all our eggs in the Nato basket and to have a strong bilateral relationship with the French which is close and will continue to be close,” he said.

Britain’s policy over the years “has been not exactly to undermine, but to be pretty cold, towards anything that gives Brussels a greater say on military and defence issues.”

In Dearlove’s analysis, the history of European defence has been something of “a farce” and the US, “has been partly responsible for undermining these things,” he said. “It didn’t want European defence initiatives to take off in a big way.”

Referring to May’s deal, Dearlove said: “I and one or two other people lobbied all of the Conservative MPs to vote against the withdrawal agreement on the basis that it contained a significant shift in British defence and security polity towards Europe. I think we were quite successful in getting a number of MPs to vote against it. Because I thought this was really retrograde and it was a very significant shift in policy, which the authors of the policy deny.”

“So I really chose to lobby on the other side of the equation and we shifted a lot of people who had no understanding on the issue. But I also objected that there had been no debate in the Commons, and a lot of people hadn’t read the small print in the withdrawal agreement.”

“And as for security and intelligence issues being left to anything European I mean, forget it,” said Dearlove. “It’s a completely farcical idea.”

Does the EU itself have any intelligence capabilities? “Absolutely not,” said Dearlove. “All that they have is an analytical body, which I set up with Javier Solana [the former EU minister for foreign affairs], which produces assessments which support European defence and security policy and European foreign policy.”

“Ninety per cent of their product on which they base their decision comes from the UK. Anything the EU does is dependent on the material we pass from the Joint Intelligence Committee that goes into the analytical papers and is staffed by analysts from Scandinavian services.”

He was very clear about British view of this analytical capability: “The UK’s private attitude towards these things is to make bloody sure they were never operational and that we had the last say about what they did,” said Dearlove, adding, “anything serious we’ve undermined.”

During her negotiations, May did appear willing at one point to use Britain’s intelligence capabilities as a bargaining chip over Brexit, but Dearlove’s assessment is that this never happened. “It would have been extremely difficult,” he said. “It’s quite tough to turn round to the French or the Germans and say ‘we’re not going to help you on terrorism.’ There’s a certain moral dimension to it.”

“I think it could have been used more subtly,” he said, but this was further complicated by the fact that, in his view “Barnier and Verhofstadt had no idea about this stuff.”

For Dearlove, this presents a certain irony, in that, if Brussels was more geopolitically astute and more attuned to matters of security, the negotiations could have taken a very different turn, “because they would understand that continental Europe is bound by geopolitics to the UK — our fates are intertwined. The logical position if you accept that argument is that you treat the UK differently. And therefore you make special allowances in order to have the right geopolitical relationship on the key issues of defence and security.”

Turning to the current government, Dearlove was confident that, “Boris’s view will be inclined to the position that I was strongly advocating and a lot of Conservative MPs were supporting.”

But with the increasing threat posed by China to western security and values, perhaps there is a case for Britain to be more closely aligned with Europe on security matters. When it comes to China, Dearlove says, the answer is not Europe, “There’s only one answer to that and it’s our relationship with the US,” he said.

Despite preferring Johnson’s approach to that of May, Dearlove remains wary of the current defence establishment and its grasp of Britain’s security relationship with the continent. “You’ve got a defence secretary in Ben Wallace and Chief of Defence Staff who are somewhat orientated towards European Defence Policy,” said Dearlove. “But the bulk of the new Conservative MPs will take a different view.

I put it to Dearlove that, no matter the outcome of Brexit, there would be a special relationship between Britain and the EU because it’s impossible not to have one.

He thought for a moment. “That’s probably true,” said Dearlove. “It’s a pity that there isn’t more recognition of that fact in the negotiations.”