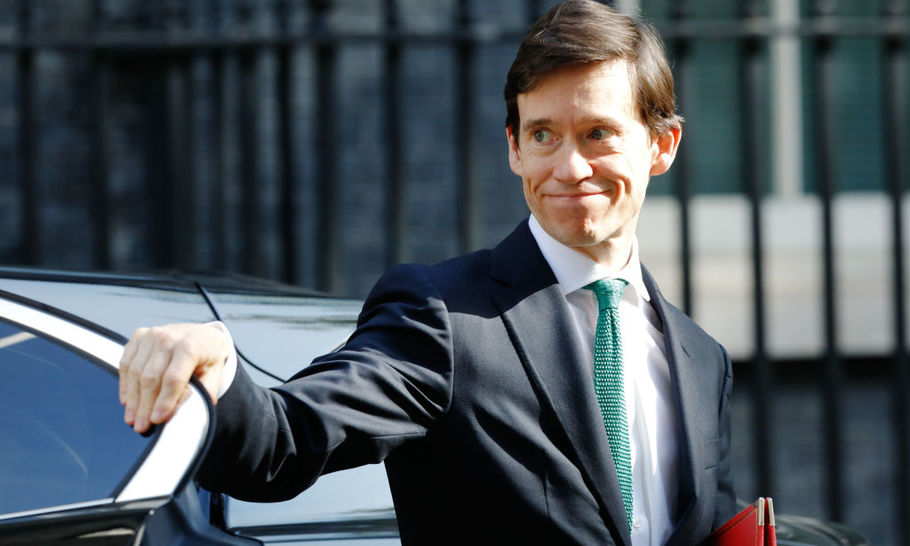 The prospect of Rory Stewart leading the Conservative Party is not without its attractions.

The MP for Penrith and the Borders is a trained diplomat, at a time when the high political arts of diplomacy seem to have been replaced by tweets and sound-bites. He’s been an adventurer, a linguist and a soldier, rather than a former aide or think-tanker. He’s written about the Union between England and Scotland with an emphasis on the emotional links, rather than the financial benefits, that bind those countries together.

Yet, if you really listen properly to his pleasingly neat aphorisms, delivered in the sweeping style of the TV historian, things get a little more worrying.

At the weekend, Stewart posted one of the social media videos for which he has been receiving high praise and a lot of attention. This film was shot on Lifford Bridge, which crosses the River Foyle and marks the border between Northern Ireland and the Republic. The prospective Conservative and Unionist leader chose this backdrop to deliver his 60 second analysis of the Ulster Troubles.

“There’s only one thing that you need to know about the Troubles in Ireland,” the former student of Modern History at Balliol College Oxford assured us, “and that’s the problems, the Troubles, the nationalism began with borders. And the Troubles were ended with the removal of this border through the Good Friday Agreement.”

With this pithy, facile statement, Stewart endorsed the Irish republican justification for violence in Northern Ireland, in all its brazen dishonesty, without criticism or qualification. He ignored the centuries of separatism and hatred that came before Irish partition, to make a self-serving point about a potential Brexit deal, which he thinks is necessary to protect the peace process.

Far from causing ‘the problems’ and ‘the nationalism’ in Ireland, the border was a result of nationalist insurrection. Northern Ireland was created because a majority of people in six counties wanted to remain in the United Kingdom, despite the bloody rebellion of Easter 1916 and the War of Independence that followed.

This isn’t exactly a profound historical insight. Nationalists trace ‘the problems’ and ‘the nationalism’ in Ireland back to the arrival of English settlers in the sixteenth century or, further still, to the Norman invasion of 1169.

While Stewart’s remark was nonsensical, even to republicans, it accepted the separatist view that the border and by extension Northern Ireland’s very existence, certainly its place in the United Kingdom, is problematic. Again, this is not a particularly nuanced observation. It should have been clearly obvious to any thinking British politician about to bloviate his way across a bridge decorated with a large sign promoting an all-Ireland republic under the slogan, “Yes for Unity’.

His careless assertion that, “the Troubles were ended with the removal of this border through the Good Friday Agreement,” is equally silly. It reflects the tendency of broadly anti-Brexit MPs in Great Britain to adopt the language of the Irish government and Irish nationalism, as they oppose the alleged consequences of a ‘hard Brexit’. This habit has shocked and worried unionists in Northern Ireland, many of whom initially supported the remain campaign, and it has pushed moderate leavers more firmly into the arms of the wilder Brexiteers.

For Rory’s benefit, as well as the benefit of Leo Varadkar and other border deniers, there is an international land frontier in Ireland. There are different tax and immigration regimes on either side, there is infrastructure in the form of cameras and spot checks are carried out by officials.

The signing of the Belfast Agreement was certainly followed by the removal of much of the security infrastructure that had previously marred the countryside along the border. It was built in order to keep people in Northern Ireland safe, because republican terrorists habitually used the Republic as a platform from which to launch attacks, as well as a sanctuary after they’d killed and maimed in the name of an all-Ireland state. It was removed because they stopped their campaign of violence, to pursue their aspirations by other methods.

Had Rory Stewart taken more than a minute to deliver his potted history lesson, he may have reflected the unionist explanation of the Troubles. The ‘problems’ were caused predominantly by a fanatical paramilitary campaign aimed at bombing and shooting an unwilling majority into accepting an all-Ireland republic, against its will. It attacked their democratic wish to remain part of the United Kingdom, which was later enshrined as the principle of consent that underpins the Belfast Agreement.

It is the willingness of Theresa May, Rory Stewart and other fans of an Irish Sea border to set aside this principle, that infuriates unionists of all shades in Northern Ireland.

Pro-Union Conservatives can only hope that, in the midst of a busy campaign, the MP’s reflections were drafted hastily, without proper care and that he was a little carried away with his fine sounding words. They would have been more reassured had he found time in his itinerary to visit victims of the Troubles or mark the sacrifice made in Enniskillen and other Ulster communities where the IRA committed its bloodiest atrocities.