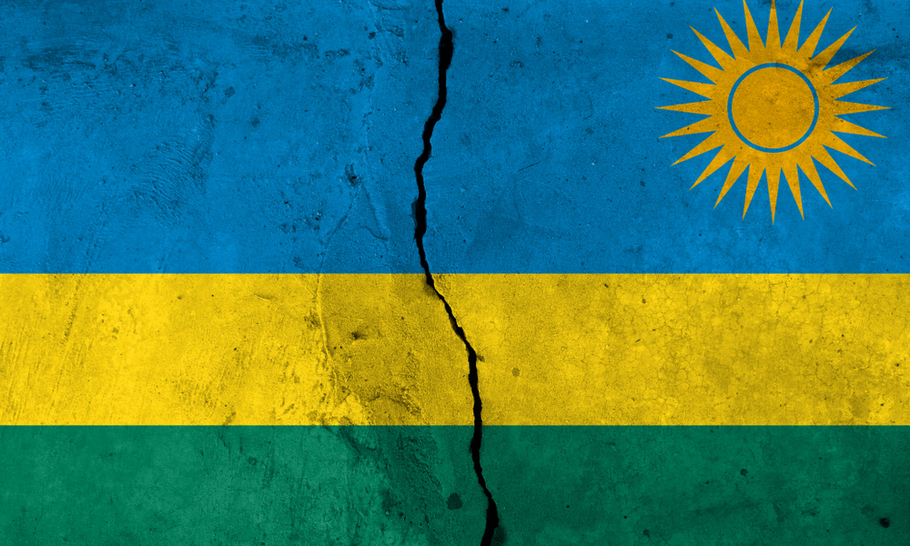 Twenty-five years ago, at 8.25 pm on 6 April, a Dassault Falcon 50 business-jet was making its approach to Kanombe International Airport in Kigali, Rwanda. On board were six Rwandans, three Burundians, and a French crew of three. The passengers included the President of Rwanda, Juvenal Habyarimana with his Army chief of staff and the President of Burundi. They were returning from high-level talks in Dar-es-Salaam, aimed at ending a four year-old war between Rwanda’s Hutu government and a Tutsi military force, the Rwandan Patriotic Front (RPF) assembled, equipped and trained in Uganda.

Two SAM-16 ground-to-air missiles were fired at the incoming flight. One missed. The second hit the fuel-tank on the left hand side of the plane which exploded. Witnesses reported a fire-ball.  There were no survivors. The assassinations were the trigger for the Rwandan genocide. There followed 100 days of slaughter in which some 800,000 Rwandans, mainly Tutsi, the rest opponents of the Government, were killed by a savage militia known as the interahamwe (those who fight together) alongside the Rwandan army and ordinary civilians.

Kigali airport housed a military base for the Presidential Guard and an anti-aircraft battalion under the command of a colonel later convicted of genocide by the International Criminal Tribunal for Rwanda. But despite prolonged French investigations, where the SAM-16s were launched from, who launched them, and under whose orders, remains unclear and politically murky. France, which had troops embedded with Rwanda’s military, had a stake in finding evidence that implicated the Tutsi RPF which had entered Rwanda from Uganda in 1990, and gained control of much of the north by 1993.  Hutu extremists also had reason to kill President Habyarimana. He had finally agreed to implement the peace agreement of 4 August 1993, the Arusha Accords, by forming a transitional government incorporating five RPF Ministers, an equal number to the ruling Party. Fear was also aroused by looking south to Burundi where tens of thousands of Hutu had been killed, or sought sanctuary in Rwanda, after a military coup on 21 October 1993.

Most people place the Rwandan genocide under the heading tribalism and its consequences.  And they aren’t entirely wrong. But the social identities of Tutsi (12% of the Rwandan population) and Hutu (85%) originally distinguished a cattle owning aristocracy from an agricultural peasantry, bound together in something akin to a feudal relationship.  In 1959, a Hutu jacquerie, involving pogroms and killing of Tutsi, ushered in a Hutu government under Grégoire Kayibanda with Belgian support. Many Hutu intellectuals saw the French Revolution as the model.

I interviewed Grégoire Kayibanda, Rwanda’s first, Hutu President after Independence in the capital Kigali on 3 July 1973 for research on a book Church and Revolution in Rwanda. He seemed tense, worried and pre-occupied.  Two days later he was deposed in a military coup which brought the Hutu General Juvenal Habyarimana to power.  The General’s excuse for the coup was to end attacks on Tutsi Rwandans. By then, during Belgian Trusteeship, a fluid socio-economic distinction, Hutu-Tutsi, had mutated into a hard-edged tribal identity based on physical differences.

Other socio-economic factors lay behind the genocide.  Rwanda was a nation of farmers. Coffee was Rwanda’s one major export and its value dropped drastically on the world market after 1987.  A World Bank Structural Adjustment Programme aggravated problems of rising unemployment and rural poverty in the early 1990s. Two devaluations halved the value of the Rwandan currency and put essentials such as cooking oil out of reach of many.  Rwanda was densely populated with 293 people per square kilometre; in the past they had been free to emigrate. But in the early 1990s neighbouring states became inhospitable to Rwandan migrants. Economic and demographic stresses created a pressure cooker for a divided society accustomed to violence.

There was organisation and preparation for the genocide. It was not an eruption of spontaneous racial hatred and tribal violence.  Parish priests were asked to hand over their baptismal registers; lists of names of those who were to be found and killed were circulated.  The interahamwe were trained and armed. They recruited bystanders, often on a kill or be killed basis.  Others came voluntarily. Radio Télévision Libre des Milles Collines (Free Radio/TV station of the thousand hills), taken over by the  Hutu extremists, poured out racist broadcasts with echoes of Nazi propaganda, building up fear of the consequences of an RPF victory; the Tutsi were described as inyenzi, cockroaches. Fear and racial stereotypes generated violence. Churches assumed to be sanctuaries turned into death-traps.

The killing could have been stopped.  Because the General Assembly’s Genocide Convention of December 1948, genocide required international intervention, every effort was made by the Clinton government to avoid describing the systematic killing of over three-quarters of the Tutsis as genocide.   The killing of ten Belgian troops in the UN Assistance Mission, UNAMIR, there to oversee the implementation of the Arusha Accords, reminded the Americans of the fiasco of US intervention in Somalia when eighteen US combat troops, tasked to protect aid workers, had died.   After two weeks of relentless slaughter by the army and militia, the Security Council reduced the UNAMIR presence in Rwanda from 1,700 to 270 with a mandate to oversee a ceasefire between the RPF and the Rwandan army, neglecting the obvious reality that only the RPF could stop the genocide. As in Srebrenica, the UN stood aside as preventable mass killing continued.

There is a glimmer of light at the end of this profoundly dark chapter in human history. An International Criminal Tribunal tried génocidaires. And we can thank the African Union and the Canadian Government for an historic international response to these dreadful crimes and failings.  On 15 September 2005, the UN General Assembly unanimously endorsed a “Responsibility to Protect (R2p)”: “to take collective action, in a timely and decisive manner, through the Security Council, in accordance with the Charter, including Chapter VII, on a case-by-case basis and in cooperation with relevant regional organisations as appropriate, should peaceful means be inadequate and national authorities manifestly fail to protect their populations from genocide, war crimes, ethnic cleansing and crimes against humanity”. Military intervention is the last resort.

Appeals to a Responsibility to Protect can be misjudged and misused.  The obligation was soon contested. Nonetheless, twenty-five years on, R2p makes slaughter on the scale of the Rwandan systematic genocide less likely in the future.