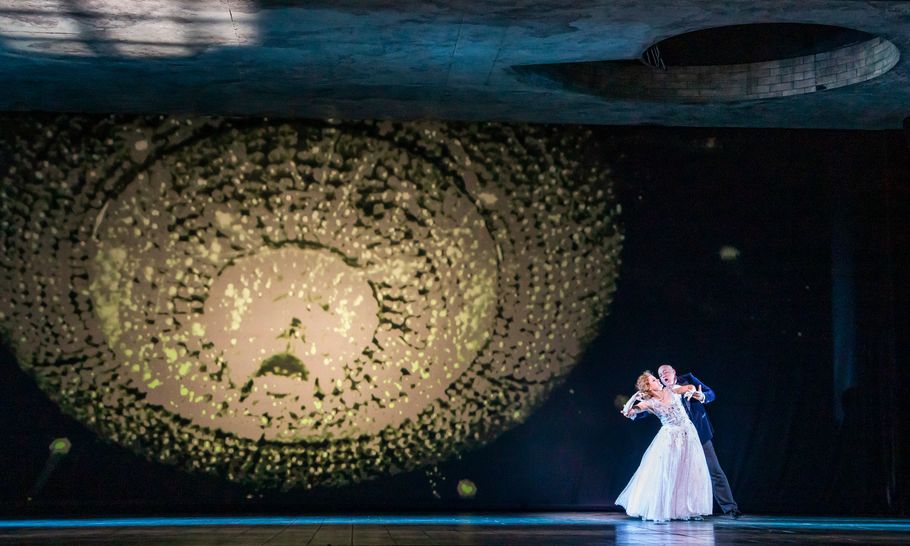 In his 1891 play Salomé, (originally written in French), Oscar Wilde used the nexus of eroticism and death to dramatise proto-Christian ideas in the Holy Land. Apart from the anti-heroine Salomé herself, his main focus is on John the Baptist (“Jokanaan”).

When Richard Strauss encountered the play in German translation in 1902 he was inspired. After paring it down to a singing text, he created a superb opera in one act, like the play, and it was performed in Dresden three years later. Within two years it was seen in some 50 opera houses, but not everyone approved and it had to wait until 1918 for a performance at the Vienna State Opera.

In Britain a performance of the play, with its blasphemous portrayal of Biblical figures, had originally been out of the question, especially after Wilde’s imprisonment for “gross indecency” in 1895, but by the earlier 20th century this was changing. In 1910, a decade after Wilde’s death and just five years after the opera’s première, Sir Thomas Beecham got permission from the Lord Chamberlain’s office to stage Salomé at Covent Garden.

There was a caveat, however. The censor required changes to the German text, and though the singers were informed and prepared, the huge musical and dramatic power of the opera swept all before it on the first night. First one singer then another reverted inadvertently to the original, while Beecham carried on with verve. When the Lord Chamberlain arrived behind the curtain to meet him afterwards, he feared the worst, but to his astonishment he received warm congratulations, and was cheerfully told the changes hadn’t affected the performance at all. Beecham never knew whether no one had noticed, or whether the censor simply decided to put a brave face on things.

In one sense it matters not a whit because the music conveys everything. It rises to heights of expression that most other composers can only dream of, and under the baton of Alexander Soddy the Royal Opera orchestra excelled themselves.

Before being returned to confinement in the cistern, from which Salomé has demanded his temporary release, Jokanaan fires his final denunciation at her, Du bist verflucht (Thou art accursed), with the orchestra now in full and powerful flow. As Herod appears from a banquet in a smart dinner jacket, he slips on blood and notices the captain of the watch lying dead, by which time the real tension of the opera has begun. As Tetrarch (Herod rules one fourth of the empire) he gave no order for this young Syrian to be killed, and is clearly disturbed. A chill wind seems to be blowing, he hears the beating of wings, tension builds further and a man in a long grey coat still stands with his back to the audience. This is the executioner who will eventually kill Jokanaan and give the severed head to Salomé.

In the meantime we hear Herodias accusing her husband of fear, we witness five Jews arguing about the occlusion of God and visions of the prophet Elias, plus evidence from two Nazarenes. As the revival director for David McVicar’s 2008 production, Barbara Lluch did an excellent job of pulling everything together on stage, and Alexander Soddy’s conducting was sublime. Fine singing at the start by New Zealand tenor Thomas Atkins as Narraboth the captain of the watch, and terrific singing towards the end by Malin Byström as Salomé, combined with super performances by Jordan Shanahan as Jokanaan, John Daszak as Herod and Katarina Dalayman as Herodias.

The most celebrated and erotic orchestral section of the opera, the Dance of the Seven Veils, is a disappointment in this production, with Herod following Salomé through a sequence of doors. Still, John Daszak gave a superb performance, hinting at the Tetrarch’s scarcely repressed desire for his stepdaughter. He promises to reward her with anything; however, her demand for the head of the Baptist is too much even for the perverted despot. Herod fears Jokanaan and tries to demur, but she holds him to his promise and the prophet is beheaded. After her lascivious performance with the severed head he cries out Man töte dieses Weib (“Someone kill this woman”). Duncan Meadows as the executioner, who has shown quiet discomfort at Salomé’s necrophiliac outrage, follows his command and breaks her neck like rag doll. A musically and emotionally devastating evening at Covent Garden, but appropriately preceded by a minute’s silence and the National Anthem in honour of the late Queen.