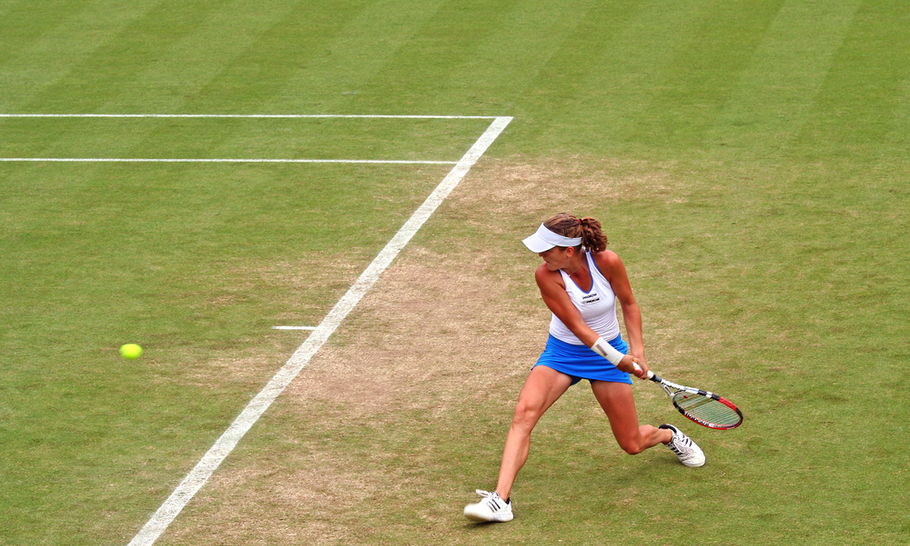 Riggs was famous, or rather infamous, for his match against the top female player of the day, 29-year-old Billie Jean King, in 1973. By then Riggs was 55 years old. It was known as “The Battle of the Sexes”.

The point that Riggs was trying to make was that if a middle-aged man could beat the top-ranked woman, it was absolute proof that the women were inferior and therefore not deserving of equal prize money.

It’s difficult to know just how tongue-in-cheek he was with his remarks. He made some rather bewildering statements, such as “Women belong in the bedroom and the kitchen, in that order”. Yes, it was back in 1973 — but surely he wasn’t serious?

The match was huge: played in front of over 30,000 spectators and a worldwide TV audience of millions. King won in straight sets and took home $100,000 (equivalent to about $658,000 today). Riggs got nothing.

At the time of the event, the female players earned approximately an eighth of the men’s prize money. Not surprisingly, many men in the game, both players and officials, were keen to keep it that way.

In 1973, Billie Jean King responded by spearheading a breakaway women’s tour under the auspices of the WTA (Women’s Tennis Association), attracting a major sponsor, the cigarette company Virginia Slims, who offered up vastly-improved prize money.

That year, the US Open became the first major tournament to give equal prize money to men and women. The Australian and French Open events took until 2001 and 2006 respectively to follow suit. The ultra-traditional Wimbledon Grand Slam finally capitulated in 2007.

At the 2019 Wimbledon, the women’s final between Simona Halep and Serena Williams lasted under one hour in a 6-2 6-2 whitewash.

The men’s final between Novak Djokovic and Roger Federer lasted just under five hours in a five-set thriller.

The contrast between these two finals meant that the issue of equal prize money came to the fore once again.

Ironically, the Grand Slam events, where the returns are equal, are the only ones where the men play best-of-five sets and the women best-of-three. So the argument goes : why should women be paid the same when they put in less effort?

When it comes to Slams, though, the women haven’t even been offered the opportunity to play best-of-five, so it seems rather harsh to state that they play shorter matches and are therefore less deserving of equal prize money.

It’s often stated that women wouldn’t have the stamina to play five sets. Except it’s been shown that, in fact, women frequently outdo the men in this respect.

The 2019 Spine Race winner, Jasmin Paris, broke the course record by more than 12 hours over the 268-mile endurance event. The fastest man crossed the finishing line 15 hours after her.

And in the marathon event, the distance run is 26.2 miles, regardless of gender.

The solution to all this might be for both men and women to play best-of-three up until the quarter-finals, when the prize money starts getting really serious and ticket prices expensive, and best-of-five thereafter. It would make for far more exciting women’s battles and there’d be less likelihood of a one-hour whitewash in the latter stages. And if men played best-of-three in the early rounds, there’d be fewer injuries. It might also mean that we get Nadal and Djokovic for another five years as opposed to two.

Another claim has been made by some of the male players that the women’s matches are less interesting than the men’s, and this does seem to be borne out by ticket prices, for instance, at Wimbledon.

At Wimbledon 2019, men ’s semis tickets cost £185 and finals £225 each, whereas the women’ s cost £160 and £185 respectively. This does seem a little strange since Wimbledon could probably fill the centre court ten times over for all these matches.

When I spoke to Claire-Estelle Bertrand, head of Digital Marketing and Communications at Wimbledon Debentures on the subject, she explained that: “Prices are driven by the market as well as the fact that those who spend the money are mostly men and they would like to see their own sex playing tennis. Unfortunately, that seems to be the driving force; not to say it’s going to stay like that. We are seeing trends where it’s shifting, but not into the same stratospheric figures as the men’ s matches.

“But with players like Emma Raducanu and Coco Gauff coming through, it will get people more interested in seeing the women play. For a long time, it was the Williams dominance and people were fed up with paying through the nose for what was just going to be a whitewash, which is what we heard from a lot of our clients.”

And Sally Grant, former sports broadcaster and member of the All England Club says: “I’d have much more difficulty in persuading guests to watch the women’s final than the men’s. Most people do regard the men’s game as more explosive and exciting, although I can see why King got the WTA up and running to be on a par with men. And some women’s matches are so enthralling, I’d pay more to watch them than a men’s serve/volley match featuring, say, Kevin Anderson or John Isner.”

The tour tends to swing back and forth over the decades, with men and women each having their day.

In recent years, we’ve been fortunate to witness the “big three” — Novak Djokovic, Roger Federer and Rafael Nadal — who have tested one another to the limits in some breathtaking matches.

But back in the 1980s and 90s we were subjected to some arguably dire men’s matches from the likes of Goran Ivanisevic, Boris Becker, Stefan Edberg and Pete Sampras. They were all big serve and volley proponents during a time when the Wimbledon grass was slick and those volleys and booming serves were mostly unplayable.

This was at a time when we had some wonderful rivalries between the top women, such as Chris Evert, Martina Navratilova, Martina Hingis and Monica Seles.

When the “big three” retire (and that won’t be far off), the women may well come to the fore once again.

We already have a huge amount of depth and fascinating rivalries in the women’s game, with little certainty as to who is likely to win a Slam at the outset of the tournament. Those players are also keen to come forward rather than just slug the ball from the baseline, as has mostly been the case in previous years, and that makes for a far more varied and interesting match.

And, as Gus Allen, a 25-year-old club player, says: “Maybe they should be paid the same on a symbolic basis, in that women’s sport has been devalued for so long. We have to accept that it’s a different game because of physical differences. It doesn’t make it any lesser.”.

However, Raymond Moore, former CEO of Indian Wells, once made the rather inflammatory statement: “If I was a lady tennis player I’d go down on my knees to give thanks for Nadal and Federer.” And: “Female players ride on the coat-tails of the men.” My answer to that would be that the other male players should also get down on their knees, since Federer and Nadal have pulled in massive TV audiences and have created huge interest in the game.

But so has Serena Williams, whose match at the US Open final in 2018 against Naomi Osaka drew in over 3.1 million TV viewers, whereas the men’s final between Novak Djokovic and Juan Martin del Potro attracted 2.07 million.

Djokovic followed up on Moore’s remarks, saying that prize money should be “fairly based, on who attracts the most attention, spectators and who sells most tickets”. However, the men’s matches do, of course, usually attract more attention at the Slams because they play longer matches, therefore getting more air time.

Djokovic later backtracked, after the inevitable backlash, by somewhat bizarrely acknowledging that women who play the game face “unique challenges in the form of hormones and different stuff”.

However, in terms of “who attracts the most spectators”, it does get a little tricky. I’ve seen many an event where the stadium is half empty for the women’s match and then gets packed out for the following men’s match. Unless, of course, the likes of Serena Williams is playing.

And you can’t argue with the fact that if, for tournaments outside the Slams, the ATP pulls in more sponsorship for their tournaments than those of the WTA, they’ll have more prize money to offer. Except that for combined events such as Indian Wells, the prize money should surely be the same.

In their defence, the female players frequently put forward the argument that, even if their matches are shorter, they still have the same outgoings – coaches, trainers, hotels, travel expenses — and put in the same effort as the male ones.

Back in the 1970s when Billie Jean King formed that breakaway tour, the sponsors’ slogan was : “You’ve come a long way baby.” Have we really?

For instance, I won a tournament in Greece in the 1980s where the men’s trophy was twice the size of mine and my prize money about one third. We had the same number of spectators in the final. It did make me feel “ lesser ” and that was profoundly depressing. Like most women, I’ve been made to feel “ lesser ” in relation to men throughout my life and that experience just emphasised the emotion.

In the words of the tennis aficionado Greg Waters: “Men have dominated sports because they dominate society. They have held women back in ways that have been destructive and discriminatory. If tennis wants to become a modern sport and set an example, then it should treat men and women fairly.”