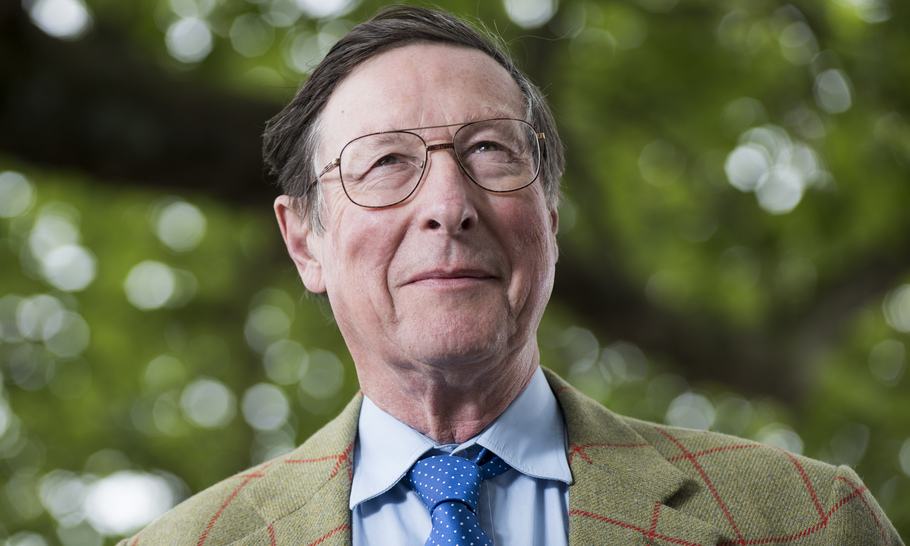 One upshot of the coronavirus pandemic has been an outburst of rancour between old and young. Because the former are far more susceptible to the virus, the latter are being asked to make sacrifices primarily for their elders. Hardly any young people have so far complained, but a few oldies are consumed with guilt. Why wreck the economy for the sake of a generation that is anyway on the way out, they say.

The latest pundit to go public with such sentiments is Sir Max Hastings. Writing in The Times, he argues that at 74 he and others like him should not expect younger generations to stay inactive to preserve his own “monumentally selfish” cohort. “Geriatric Britain”, in his view, should “avoid becoming literally a dead weight upon the health system. If the price is that we remain isolated even after the rest of society resumes socialising, so be it.” It is not clear what specifically Sir Max is advocating — he admits that “there is probably no choice” — but he probably reflects widely held views among his age group.

Intergenerational justice is an idea whose time, supposedly, has come. A decade ago David Willetts published its manifesto: The Pinch: How the Baby Boomers Took Their Children’s Future — And Why They Should Give it Back. The author is the man who, as minister for higher education, tripled tuition fees, thereby burdening the young with lifelong debt. Lord Willetts now runs the Resolution Foundation, a think tank influential in Whitehall and dedicated to “justice” between generations.

In practice, the promotion of the idea that the older generation has rigged the system for its own benefit means that ageist attitudes have become institutionalised. Oldies are liable to find their opinions dismissed with the phrase: “Hey, Boomer!” Middle-aged or elderly men are denigrated as “gammon”; older women are merely treated as invisible. Sir Max is correct to criticise the abuse of “grey power”, but not all pensioners are as rich as he and they are entitled to defend their interests. Indeed, without their demands for the NHS to be better funded, we would be even worse prepared for the present crisis.

There is, indeed, more than a whiff of hypocrisy about the whole rhetoric of intergenerational justice. The truth is that the baby boomers and their successors are indeed among the most fortunate generations in history, but they are also the most generous. Grandparents give their love, their time and where possible their money to help their children and grandchildren on a scale unprecedented in history. The housing crisis is often blamed on oldies who own too much property, but it is also those now in their eighties and nineties who often bequeath inheritances to their families of which they themselves could not have dreamt. We all, if we are lucky, grow old eventually; the challenge is to manage expectations and balance interests between generations, not set them against one another. High quality health and social care, for example, are not only beneficial to the mainly elederly recipients, but also bring peace of mind to their families.

As for Sir Max himself: I must declare an interest. As Editor of the Daily Telegraph, he gave me my first job in journalism, for which I am deeply grateful. He gave me the chance to make my name as a foreign correspondent, covering the fall of the Berlin Wall. But Max has never been conspicuous for his generosity towards the younger journalists who worked under him. We were mostly Thatcherites; he was a Wet. To this day, he has not forgiven the most prominent of us, Boris Johnson, whose advocacy of Brexit he has fought ferociously and whose landslide victory he did what he could to prevent.

One cannot help wondering whether the fact that the Prime Minister has nailed his colours to the mast of social distancing, essential to win the “war” against Covid-19, might have influenced Sir Max’s evident distaste for the policy. Yet a YouGov poll after the lockdown was announced found that 93 per cent of the population support it, 76 per cent of us “strongly” so. This overwhelming support for Boris Johnson, whose broadcast was watched by an astonishing 27 million people, is solid across parties, classes and generations. Hardly anyone wants to join in the battle of Hastings. The British people is more united than ever before because they understand that the NHS needs time to build its capacity to deal with the flood of coronavirus cases that is already upon us.

Sir Max cites Guy Gibson VC, the Dambusters hero, who bitterly denounced the appeasers of the older generation whom he blamed for the war and demanded that young men like him be given a say after victory. That is, of course, more or less what happened: Churchill was evicted from office and a younger generation of socialists took over. The NHS, with all its virtues and vices, is their monument.

Among the many parallels between our present predicament and wartime is the fact that more than a million mainly young NHS staff, plus thousands of medical students, are working around the clock to protect its capacity during the pandemic, just as the young heroes of the RAF defended our skies to give the country time to build up its military strength. But some 12,000 retired doctors and nurses are also coming back to help run the huge new Nightingale Hospital being created at the Excel Centre in London. And a volunteer army of 250,000 is being recruited of all ages and backgrounds to help the NHS to “shield” the 1.5 million most vulnerable people — many of whom are not elderly but have pre-existing conditions.

This is not a time for armchair generals to embark on guilt trips and self-indulgent blame games, but for solidarity between the generations. A decent society is one that values each and every life. Allowing the NHS to be overwhelmed would risk scenes like those we have seen in Italy, with the elderly dying undignified and lonely deaths in care homes, deserted in their hour of need. We cannot, we must not, let down our senior citizens.