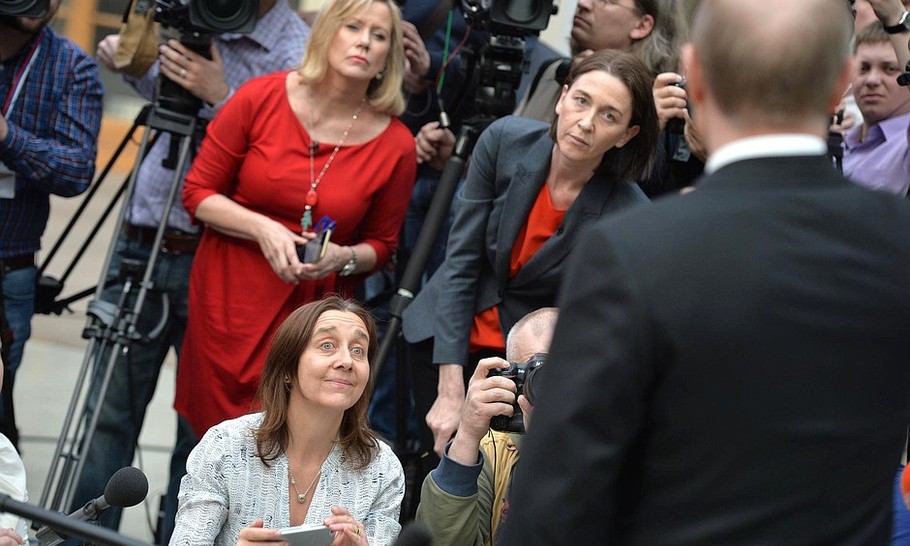 Two years ago, in November 2016, I returned to London after a long tour of Afghanistan. I’d been running a big multi-media news bureau in Kabul for The Associated Press, and had decided to leave after receiving a death threat signed by ISIS.

I didn’t want to leave; my bureau – 40 Afghan men and me – was fuelled by the thrill of doing the best job we could in a tough and competitive environment, whether we were covering the real-time horror of suicide attacks, or investigating child slavery in brick kilns, interviewing Taliban leaders, or hiking around the remote Wakhan corridor in search of snow leopards.

The death threat – signed “IS-Khorasan” – followed a story on a mobile radio station shuttling around the Afghanistan-Pakistan border, broadcasting recruitment messages. A few days after it was published, the station was hit in a US drone strike and people died. I was threatened with swift revenge.

Extensive investigations determined the threat came probably from colleagues. The men behind the threats were reflecting Afghanistan’s extreme manifestation of unreconstructed misogyny which thrives in the West and hampers the progress of women in the news business across much of the world. My supervisors rightly believed that any action against the suspected perpetrators would only further compromise my security. I lived in the office, as most foreign correspondents in Kabul do, my whereabouts were known at all times, and it was now clear that someone wanted me gone. In 15 years of covering some of the world’s hottest spots, I hadn’t been kidnapped, shot or blown up, so I counted my blessings and left.

Soon after, a young journalist called Kim Wall was brutally killed by a man she had gone to interview. As her body parts began washing ashore in plastic bags near where she had disappeared in Copenhagen, I started thinking about all the times I’d blithely entered dangerous situations, usually alone, without any thought for the potential consequences. That could have been me, I thought, and many of my women colleagues, at any time in the past few decades.

The #MeToo movement hadn’t yet taken off in early 2017, but the term “fake news” had entered the lexicon, thanks to a new US president who didn’t like unfavourable news reports. I pitched a story, hooked to Wall’s fate, about the dangers faced by women journalists to a well-known industry magazine that had long stood for free media and journalists’ rights.

The editors of the magazine commissioned a first-person piece to highlight what women in the news business endure to keep their jobs. I was concerned that Donald’s Trump’s denigration of journalists – as liars and “enemies of the people” – could spill into violence against media professionals. Tolerance of Trump’s misogyny only exacerbated the vulnerability of women journalists to physical and sexual abuse.

What happened to Wall had made me realise that since the earliest days of my career, as a cadet on a mass-circulation morning tabloid in Melbourne — from the day a senior staff member left inky hand-prints on my white dress during a tour of the presses — to the last decade-and-a-half covering the long wars in Iraq and Afghanistan, just how vulnerable women in the news business are.

And how silent we are, cowed by an unspoken fear that to complain will cost us our jobs and careers. Misogyny infects the news business just as much as it does Hollywood. Harvey Weinstein’s casting-couch antics seemed to fit the sordid image of Tinsel Town, where women over 30 are washed up and unemployable, while the discrimination experienced by women in the news business was a well-kept secret, albeit for the same reason: we needed and wanted our jobs.

By the middle of 2017, the rape of women reporters covering rallies in Egypt’s Tahrir Square was widely known about. Then women journalists started going public about unwanted propositioning and touching, threats and pay-offs by predatory news executives. Women talked about being sacked from their newsroom jobs after complaining of sexual harassment and misogyny. The theme rarely changed: the abusers kept their jobs; the bosses continued their climb up the greasy pole; the behaviour continued with impunity.

It’s a long time since those hand-prints caused a wave of suppressed titters among the mostly-male backbenchers on that Australian newspaper. Long decades of misogyny culminated a few years ago in me being dismissed as bureau chief at an international news agency, also in Kabul, after I was threatened by a casual fixer, who detailed an unhealthy obsession with me in a long email sent to many people in the agency.

Yet I was the one who lost my job. I was physically threatened by a man in a country where women effectively have no rights, where I lived above my office, where my whereabouts were always known, and where there is no rule or law. I still have emails from one of the agency’s executives saying the threats I received “weren’t very serious.”

What followed was typical, I’ve come to realise, of what happens to many women in our business: my abuser was given a contract and a pay rise, and my bosses soon after were promoted to the agency’s headquarters.

My career, by contrast, floundered. As the men who had punished me for being threatened by a borderline psychopath thrived, they spread gossip that got back to me in various ways – despite a non-disclosure (NDA) agreement that I have never breached. It was their loose lips, I have come to believe, that cost me one job and almost cost me my next.

Eventually, I confided in a friend, a media lawyer, who insisted I sue the agency for sex discrimination and lack of duty of care. I did and the agency settled. The NDA, to ensure my silence, was a small dent in my vindication. A little later I was hired, again as a bureau chief in Kabul, by The Associated Press – bigger and better in every way.

The man who had engineered my sacking – who emailed to say he hoped we could “still be friends” – later spoke disparagingly about me to a friend over lunch at the magazine’s headquarters. Having succeeded in sacking and then silencing me, now he wanted to destroy my reputation.

NDAs have come into sharp focus since #MeToo and revelations of huge payments to women sexually harassed or molested by their colleagues and bosses. The sole function of an NDA is to take away the only weapon that the powerless and exploited have: their voice. I stuck to my side of the bargain. The men with the power just saw it as another morsel of gossip for their mates at the bar.

It might be an eye-roller, but it’s fact that women in news are routinely discriminated against – overlooked for promotions, postings, pay rises – without even realising it, because it’s the norm. I needed to hear it from a feisty lawyer that what happened to me was so outrageous that I’d be crazy not to sue. Pushing back, standing up for ourselves and demanding equal treatment with our male colleagues are not easy when all the signs say it’s not our place, and history says it won’t happen anyway. That slow, subtle, patronising, condescending, confidence-sapping misogyny is the reason there are so few women in senior editorial positions. They are either side-lined or give up.

And suing an employer? Surely career death. Too easy for male bosses, like those I worked for, to justify their discriminatory actions by branding women incompetent, whiny bitches who wouldn’t know a news story if it bit them in the arse. Who wants to be known as “litigious” as well?

Never mind that every news editor I worked with wished he’d been the war reporter. Maybe that’s the problem: I did it. Some just sit around the bar and talk about what could have been. And take out the bitterness of their own failures on the less powerful.

More women are willing to complain about their treatment. That’s why we’re aware of it, and why I know there are other women who have had similar experiences to mine. Though the fear of repercussions endures. Maybe women of Kim Wall’s age – 30 when she was murdered – will have the guts to take what is rightfully theirs, instead of shutting up, smiling and walking away with dirty hand-prints all over her clothes, or meekly accepting dismissal for being abused by a colleague.

The magazine didn’t publish my article – too close to the bone, I guess. So rather than being out in front of an issue of vital importance to the future of journalism, it just helped exacerbate the misogynist exploitation that we women in the news business experience, with an eye-roll, every day.

Lynne O’Donnell is an award-winning journalist, author, and a fellow of the Dart Centre for Journalism and Trauma at the Columbia Graduate School of Journalism. After long years covering war & conflict,  and she is now studying for a Master’s degree in war studies at King’s College London.