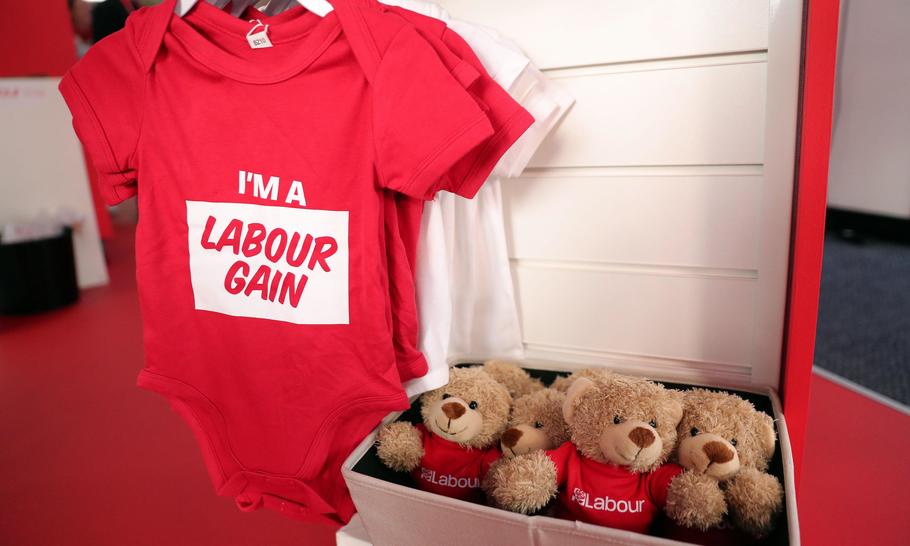 Bright sunlight may have shimmered across the ocean on the Brighton seafront yesterday, but the gathering of the Labour Party faithful felt uncannily like the Conservatives conference in Bournemouth in 2002. The then hapless Tory leader Iain Duncan Smith’s initials, IDS, became an apposite description of his party – “In Deep Shit”.

Keir Starmer looks on course for a similar fate. Given the multiple issues that the government is currently facing, with rising energy prices and petrol station forecourts running dry, Starmer opened his conference by picking a fight with the Labour left over a change to the party’s leadership election rules. After initially seeking to abandon the party’s one-member one-vote policy, in favour of a return to an electoral college system of selection, where MPs, unions and party members each had a third of the vote, he was forced to settle for a watered-down version. Now the threshold for MPs to put leadership candidates into a final run-off to party members has been increased to 20 per cent, from its existing 10 per cent level, along with a reduction in the power of constituency associations and a requirement that those voting should have been party members for at least six months. This reduces the chances of a figure from the hard left becoming leader in the future.

“Having a barney at conference is an essential step on the road to winning an election”, as one Labour activist cheerily informed me. For one backbench MP, this was Starmer’s Clause Four moment, a reference to the 1995 announcement by Tony Blair to his conference that the party’s historic commitment to mass nationalisation would be abandoned. Blair knew that ditching it, along with the commitment to stick to Tory spending plans in the early years of a Labour government, would reassure middle England that Labour had matured and could be trusted on the economy. But an internal rule change is something that voters will pay scant attention to. Nor is it the showdown that Neil Kinnock had with the Militant tendency within his party at its gathering in 1985.

The challenge for Labour is that it faces an opponent in Boris Johnson who wears his political clothing lightly. The government’s ability to tack to the left on economics, by increasing taxes to fund the NHS and social care and to increase corporation tax, both of which Starmer opposed, has left many pondering the question: “What is the point of the Labour Party?” Judging by comments from deputy leader Angela Rayner, describing senior Tories as “scum”, Labour is yet to ascend from the squalor of student union politics.

Starmer’s big idea in February this year, around the introduction of Covid Recovery bonds, was a gimmick and failed to cut through to voters. His latest policy to remove the charitable status of private schools, raising £1.7 billion to be redeployed to provide catch-up support to children in the state sector, is an indication of the politics of envy. There is no recognition that parents, across the country, scrimp and save to send their kids to private school because they believe that public provision in their area is poor. Perhaps Diane Abbott, who sent her own son to private school, having for years vilified those who did the same, would have some pertinent perspectives to share.

While posters advertised the “Karl Marx Walking Tour” outside the Grand Hotel – the scene of the horrific IRA bombing at the Conservative party conference in 1984 – inside the hotel Labour activists were in restive mood. At a fringe meeting examining the failures of the government’s Covid response, a number of panellists who lost loved ones to the virus spoke movingly about their experience and having been failed by the system. But it was the Mayor of Greater Manchester, Andy Burnham, like a boxer in a ring, who clinically dispatched a right hook to the government, stating that its key failing had been an obsession with controlling everything from the centre. Burnham, who has run Greater Manchester since 2017 and was re-elected in May with 67 per cent of the vote, has made no attempt to hide his ambition to lead the party in the future, having failed in his bid to do so twice before.

Burnham appeared pumped up, focused and saw delivery as the key to building support, but many in his party were preoccupied with other matters. At a meeting hosted by the Fabian Society at the Holiday Inn on building a future “where families come first”, one panellist cited “structural racism” in her borough as the key reason for the disparities between ethnic minorities and the wider community. While challenges remain, it is difficult to see how perpetuating a sense of victimhood will help the individuals concerned, as opposed to equipping them with qualifications, skills and networks to succeed.

Elsewhere, a row over the classification of the term “woman”, on the basis of biological sex, raged. Rosie Duffield, a Labour MP, who believes that certain spaces, such as refuges, should be the preserve for women in the biological sense and not those who self-identify as such, has led to her being labelled a “transphobe” and she has avoided conference on grounds of personal safety. When Starmer was asked by BBC journalist, Andrew Marr, on Sunday morning, whether only women have a cervix as Duffield argues, his response was “It is something that shouldn’t be said. It’s not right.” The Health Secretary, Sajid Javid, dismissed  Starmer’s comment as a “total denial of scientific fact”.

Along the promenade in Brighton, a smattering of Labour members carried party-branded tote bags. One wore a T-shirt proclaiming “I still hate Thatcher” while another wore one calling for “Nurses not nukes”. Locals participating in a Zumba class, on the beach down below, danced in sync while singing along in unison to “Hey Hey”, the seminal track from legendary House music producer Dennis Ferrer. But there was no such unity on display at the conference.

Back at the Grand in a packed room hosted by the trade union, Unite, the internal schism was laid bare. “Stop fighting your own party” was the message in a fiery address from Rebecca Long-Bailey who accused the leadership of “gerrymandering its own internal election policies”. Her comments were echoed by arch-left winger, Ian Lavery, who tearfully proclaimed that “the best five years of my life was as an MP under Jeremy Corbyn”. He called for his erstwhile leader, who has had the Labour whip removed in Parliament, to be welcomed back into the fold to wild cheers from the audience.

But it was veteran Labour MP, John McDonnell, who lambasted Starmer’s 12,000 word essay outlining the Labour leader’s vision for the country, dismissing it as “a sermon on the mount written by focus groups”. McDonnell issued a reminder that “socialism is redistribution of wealth and power in the interests of working people”. However, the problem with the Labour left who led the party from 2015 and who achieved the worst election result since 1935 in the 2019 general election, is that their prescription is even greater radicalism peppered with self-denial. For a meeting entitled “Take the fight to the Tories” it was ironic that the entire conversation centred around the internecine warfare within the Labour Party itself. Later that evening, McDonnell at a gathering in a church about reforming the voting system in favour of PR, asserted that the Tory right “hasn’t had a decent idea for 20 years”. Funny then, how they keep winning elections. There was also no acknowledgment of the cultural chasm that has developed between Labour and its erstwhile supporters in swathes of the Red Wall.

Politics remains exceptionally volatile, a point appreciated by an astute Labour councillor from South Norfolk, who told me that he assiduously knocks on every door as “fluidity” is the new reality. With a slate of looming headaches facing the government, including the ending of the Universal Credit temporary increase, tax rises, increasing inflation and a tricky balancing act for the Chancellor to pull off in his budget at the end of October, Labour should be doing much better.

While governments lose election, those seeking to displace them have to look and sound like they are ready to assume power. A parliamentary democracy requires an effective opposition. Judging by what I have seen in Brighton I am not holding my breath that we are going to get one any time soon.