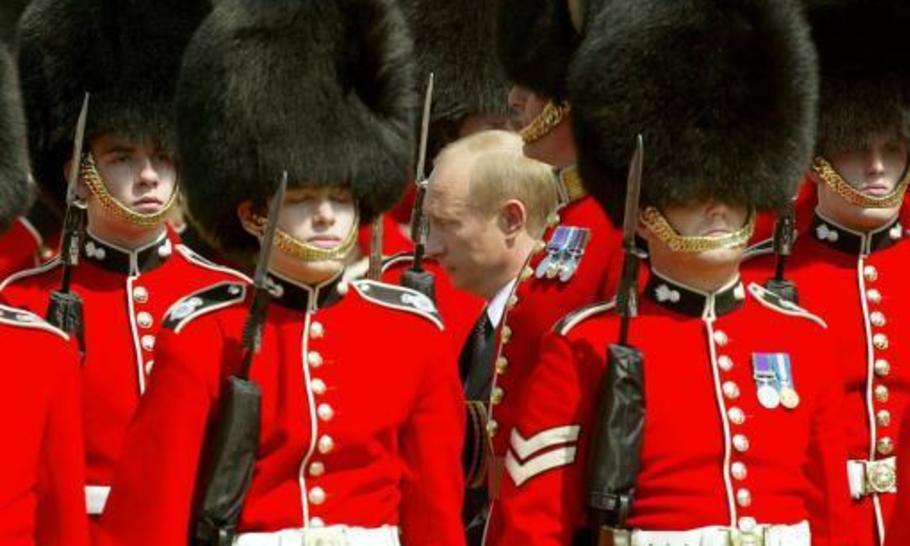 It has been said by many Parliamentarians and media commentators but deserves repeating. The Report from the Parliamentary Intelligence and Security Committee (ISC) on the threat from Russia really should have been published in November 2019 not artificially delayed by the Government until now, fuelling conspiracy theories about what No. 10 might have been seeking to hide from the public.

The first Government response to the Report out this week includes the disturbing admission that “following extensive analysis, the Government has concluded that it is almost certain that Russian actors sought to interfere in the 2019 General Election through the online amplification of illicitly acquired and leaked Government documents”. This confirms what a mistake it was not to allow the Report, with its dramatic description of hostile Russian activities, to be published before the December 2019 election.

The Government response also fails to lay to rest suspicions about Russian meddling in the EU Referendum of 23 June 2016. Such anxiety was inevitable, given the precedent of clear, documented evidence of interference with the 2016 US Presidential election and the French Presidential election of 2017. All the British Government has now said, without any supporting detail, is that a retrospective assessment of the EU Referendum is not necessary since “we have seen no evidence of successful interference in the EU referendum”.

Are we to infer from this that there is some evidence of attempts to meddle, but those attempts were not successful? Or that the Russians did not try to interfere? Or indeed, as ISC members clearly suspected, that Ministers simply avoided directing the agencies and departments concerned to discover what was going on? Ministers have left themselves wide open to the accusation that the reason they did not commission a proper investigation at the time, or subsequently, is that they did not want to know the answer.

That leaves unanswered the allegations over Brexit refendum interference made by investigative journalists, by Democrats on the US Senate Foreign Relations Committee, and by academics including the Edinburgh University team that found over 400 accounts set up by the Russian “troll factory”, the Internet Research Agency in St Petersburg, that pushed out provocative material on Brexit to stir the pot. It also waves aside evidence of social media accounts that appeared to be of British citizens that tweeted and retweeted Brexit related views during the campaign and then mysteriously fell silent as soon as the result was in, and of course the overt propaganda of Russian state media (which was only to be expected and which as a free country we cannot prevent). It is hardly likely that any of this shifted the dial. But it is knowing about the facts of continuing covert interference that matters when it comes to future policy.

We should not, however, read the ISC Report as saying that we necessarily need a new foreign policy towards Russia. Successive governments have highlighted concerns over the resurgence of an aggressive Russia engaging in hostile state activity. The priority to be given to protecting the UK, our interests and those of our allies, has been clearly stated in national security strategies and in the last defence and security review. Our armed forces and security and intelligence agencies have been hard at work following that up.

The armed forces are contributing to Nato forward defence and the RAF is intercepting Russian penetrations of UK airspace. MI5 is tracking Russian spies — 23 undeclared Russian intelligence officers were uncovered and then expelled from the UK after the Russian GRU nerve agent attack in Salisbury. GCHQ and its National Cyber Security Centre thwarts Russian attempts to hack into government and British companies, and most recently has seen off foreign attempts to steal information about British-led research into Covid-19 vaccines. And then there is MI6, with its partners, tracking Russian meddling in Ukraine, Montenegro and Syria.

These are all impressive and effective enterprises. But the missing dimension has been how best to counter Russian information operations that attempt to hack the minds of the British people.

As the Government rightly said this week in its response to the ISC Report, “any attempt to interfere in our democratic processes is completely unacceptable”. Electoral decisions in an open liberal democracy must be freely taken, and not be subject to covert manipulation. So, what needs to be done, assuming Russia will continue to see the UK as an enemy to be disrupted and democracy itself as a threat to the regime in Moscow?

It is evident from the ISC Report, and the Government response, that there can be no single silver bullet that will stop hostile information operations. We need a layered defence. Here the ISC Report is right to demand an “all of nation” effort. I would start with more education in critical thinking in our schools and teaching youngsters good habits — how to stay safe online in a way that will serve them well in later life. Current initiatives with the social media companies are encouraging and need to be pursued.

Political advertisements need labelling so show who paid for them. We certainly need stronger active cyber security for British institutions. We need to give MI5 and law enforcement a better chance of dealing with covert agents through a new Espionage Act (under consideration by the Law Commission) and a registration system comparable to that of the US for lobbyists working on behalf of foreign entities. We need to tighten provisions on ensuring dirty money is kept out.

There is lots to do. As the ISC points out, pulling all the threads into a coherent shape needs clear strategy and direct accountability. The precedent of the UK counter-terrorism strategy CONTEST shows nevertheless that given the political will, the British way of making complicated things happen involving central coordination of many different agencies and departments can work.

The ISC Report was specifically about Russia, and it covered the murky activity of some rich Russian expatriates living in London. In today’s world, digital technology makes old practices of subversion by foreign powers easier, cheaper and more effective. The traditional components of subversion, intimidation, open propaganda and a repertoire of dirty tricks can now all be executed digitally in new ways, exploiting the ubiquity of social media in our daily lives. The lessons to be learned over Russia must be applied to comparable future threats from other states as well.