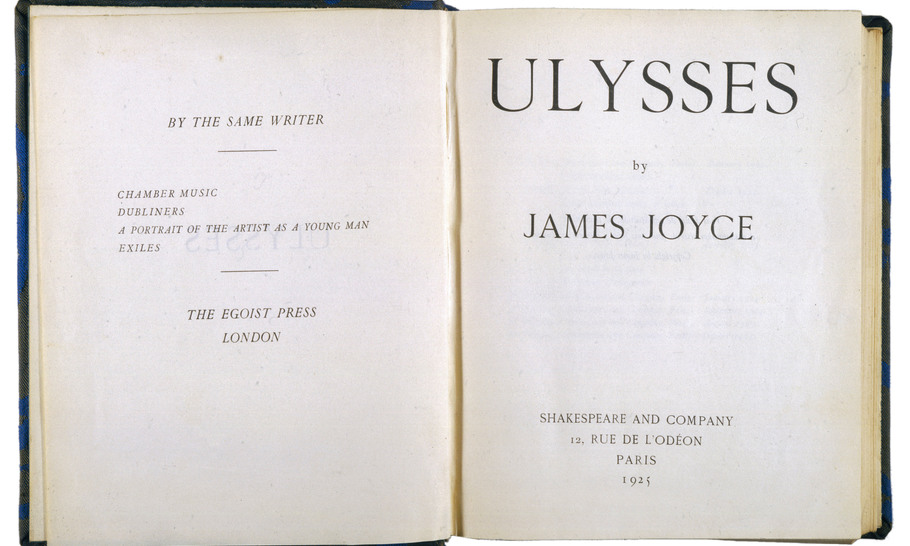 As the 100th anniversary of the publication of Joyce’s Ulysses approaches on February 2, 2022, we can take a closer look at the influence of his soul mate. Jonathan Swift permeates Ulysses through his wit, his biography, his writing, his excremental vision and especially his polemical protests against England’s economic oppression of Ireland. In his Life of Swift, Samuel Johnson quotes the insulting false prophecy by John Dryden, the leading poet of his time, about his distant relation: “Cousin Swift, you will never be a poet.” Joyce gives this an amusing twist when an acquaintance familiarly addresses the blasphemous young hero Dedalus and tells him, “Cousin Stephen, you will never be a saint” (Ulysses, Vintage, 1986, 34).

In a letter of September 9, 1725 to his poet-friend Alexander Pope, Swift, Dean of St. Patrick’s cathedral in Dublin, famously declared, “I hate and detest that Animal called Man, although I heartily love [the individuals] John, Peter and Thomas.” Joyce alludes to this ambivalent love-hate and transforms Swift’s characteristic rage, and insanity at the end of his life, into lunatic horses, starry-eyed and foaming at the mouth: “A hater of his kind ran from them to the wood of madness, his mane foaming in the moon, his eyeballs stars, Houyhnhnm, horsenostrilled… the furious dean”.

Gulliver admires these rational Houyhnhnm-horses on his travels and spends most of his time in the stables with his own horses when he returns home. Joyce also satirises Gulliver’s vain attempts to communicate with his horses when a dull-witted character “bought a grammar of the bulls’ language to study but he could never learn a word of it except the first personal pronoun which he copied out big and got off by heart”.

Joyce’s wit matches Swift’s (both, like Shakespeare, loved puns), and he silently absorbed into his novel two jokes from Swift’s Complete Collection of Genteel and Ingenious Conversation (1738). Swift’s Colonel Atwit tolerantly offers, as an example of weird taste, “everyone as they like; as the good Woman said, when she kiss’d the Cow.” Joyce repeats, almost verbatim, “Everyone to his taste as Morris said when he kissed the cow”.

Even better, and again borrowed from Swift’s Ingenious Conversation, is Colonel Atwit’s query, “But is it certain that Sir John Blunderbuz is dead at last?,” to which Lord Sparkish sharply replies, “Yes, or else he’s sadly wronged; for they have buried him.” Joyce includes the more polite “took the liberty,” heightens the comedy with colloquial Irish speech and intensifies the dramatic exchange when Joe pretends to agree with Alf. “Paddy Dignam dead! says Alf. Sure I’m after seeing him not five minutes ago. He’s no more dead than you are. Maybe so, says Joe. They took the liberty of burying him this morning anyhow”.

H.G. Wells said that Joyce, like Swift, had a cloacal obsession. Joyce, mentioning the useful invention of the Englishman Thomas Crapper, first replied defensively, “Why, it’s Wells’s countrymen who build water-closets wherever they go.” But he later admitted, “How right Wells was!” When Gulliver, in Book IV, first encounters the hostile, apelike, subhuman Yahoos, he furiously exclaims: “Several of this cursed Brood getting hold of the Branches behind, leaped up into the Tree, from whence they began to discharge their Excrements on my Head… and I was almost stifled with the Filth, which fell about me on every Side.”

In one of the notable excremental passages in Ulysses, Leopold Bloom, encouraged by two whores, confesses, “By word and deed he frankly encouraged a nocturnal strumpet to deposit fecal and other matter in an unsanitary outhouse… Did he not lie in bed, the gross boar, gloating over a nauseous fragment of wellused toilet paper presented to him by a nasty harlot?”

Swift’s fierce torrent of political pamphlets from 1707 to 1740 provide the essential background to one of the best passages in Ulysses. The English Navigation Act of 1663 “prohibited the exportation of Irish goods seen to be competing with England’s foreign trade”. This ongoing economic oppression was intensified by the Woollen Act of 1699 that “prohibited Ireland from exporting manufactured goods in competition with English trading interests.”

Swift’s Short View of the State of Ireland (1727) protested that “Ireland is the only Kingdom I ever heard or read of, either in ancient or modern Story, which was denied the Liberty of exporting their native Commodities and Manufactures, wherever they pleased.” Swift’s Proposal for the Universal Use of Irish Manufacture (1720) urged his countrymen to retaliate by boycotting English goods and “be content with Irish Stuffs… Let a firm Resolution be taken, by Male and Female, never to appear with one single Shred that comes from England.”

The Drapier’s Letters (1724), one of Swift’s most influential pamphlets, forced England to withdraw the debased coinage it had made Ireland accept. In the Fourth Letter, comparing the unfair advantage of the powerful English to the weakness of the Irish, Swift exclaims: “All Government without the Consent of the Governed is the very Definition of Slavery: But in Fact, Eleven Men well Armed will certainly subdue one Single Man in his Shirt.” In the “Circe” chapter, as the weak and drunken Stephen Dedalus gets into a fight with an English soldier over a prostitute, Joyce reverses Swift’s statement of the odds as the soldier retains the advantage of power, and declares, “Doctor Swift says one man in armour will beat ten men in their shirts”.

In the “Cyclops” chapter the citizen, a patriotic but brutal bully — “when in doubt persecute Bloom” —  condemns the British Empire, built on slavery and cruelty, which the British consider a glorious achievement: “And the tragedy of it is, says the citizen, they believe it. The unfortunate yahoos believe it”. The citizen has, surprisingly, one of the most lyrical, knowledgeable and politically significant passages in the novel. Repeating “and our” for rhetorical effect, he describes in rhythmic sentences the vast sweep of history from Juvenal in Rome and King Philip in Spain to the present time, names seven Irish towns in the four quarters of the country, and extols the once luxurious products from silk to silver in the now depopulated, degraded and impoverished nation, which he compares to the exiled Israelites wandering in the Egyptian desert:

“Where are our missing twenty millions of Irish should be here today instead of four, our lost tribes? And our potteries and textiles, the finest in the whole world! And our wool that was sold in Rome in the time of Juvenal and our flax and our damask from the looms of Antrim and our Limerick lace, our tanneries and our white flint glass down there by Ballybough and our Huguenot poplin that we have since Jacquard de Lyon [invented his loom] and our woven silk and our Foxford tweeds and ivory raised point from the Carmelite convent in New Ross, nothing like it in the whole wide world… Wine, peltries [animal pelts], Connemara marble, silver from Tipperary, second to none, our farfamed horses even today, the [strong, middle-sized] Irish hobbies, with king Philip of Spain offering to pay customs duties for the right to fish in our waters. What do the yellowjohns [filthy English] of Anglia owe us for our ruined trade and our ruined hearths?”

W.B. Yeats’s Introduction to his play about Swift, The Words Upon the Window Pane (1934), noted Swift’s powerful influence — recognised and recreated by Joyce — on Irish history: “This doctrine that Swift uttered in the Fourth Drapier’s Letter with such stringent eloquence passed from the talk of study and parlour to that of the road and market, and created the political nationality of Ireland.”