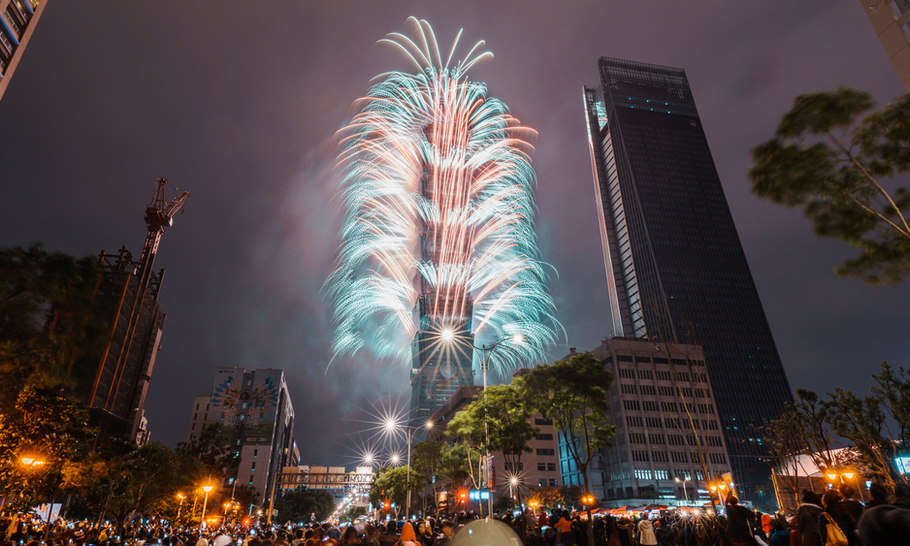 To quote that unlikely international relations expert, Albus Dumbledore, for the West and Taiwan “Dark and difficult times lie ahead. Soon we must all face the choice between what is right and what is easy”. Every week it seems we are edging closer to a military conflict over Taiwan, with tensions flaring recently over a US warship sailing through the Taiwan Strait, which Beijing claims “sends the wrong signals to Taiwan independence forces”.

Taiwan has vowed to fight to the death if China makes good on its threats of invasion. Britain must declare unequivocally that it will join the US in fighting to defend our principled ally.

Many will ask why Britain should risk its blood and treasure to defend a Far Eastern country thousands of miles from our own. For the same reasons we stood with our allies against the Soviets – because Taiwan is a symbol in a global contest of ideas that the West must win. Taiwan is the new West Berlin in this Cold War and there are others like it around the world that we must protect.

The Government’s strategic review, “Global Britain in a Competitive Age”, is refreshingly clear-eyed about this ideological struggle. It predicts: “Ideological competition between different types of political system will increase . . . the 15-year decline in democracy and pluralism will continue to 2030.” It foresees rising tensions between democratic and authoritarian states, as the latter “seek to export their domestic models, undermine open societies and economies, and shape global governance in line with their values”.

China’s potent threat in this battle of visions goes beyond military might. China has been relentless in trying to capture the moral and intellectual high ground, fighting an information war for the hearts and minds of the world. And where it can’t win those, it will settle for being feared.

Many observers are already declaring this to be the “Chinese Century”. They regard China under the Chinese Communist Party (CCP) in much the same way as some western intellectuals talked breathlessly of the superiority of the Soviet Union — its system more effective than ours, its expanding influence inexorable and its rise inevitable.

This underestimates the potency of our ideals versus authoritarianism’s mirage of power. Our belief in constitutional liberalism has provided the foundation of our nation’s prosperity and stability, and our soft-power superpower status. At its heart is what Lord Denning called “freedom under the law”; the protection of an individual’s autonomy and dignity against coercion, whatever the source.

Its components – the rule of law, private property rights, separated powers of government, free speech and assembly, together with freedom of religion – are the bedrock of a successful society. They foster economic dynamism, peaceful cooperation and human progress. And they are resilient across time, providing the flexibility to adapt to any new challenge and seize opportunities.

Taiwan is a symbol of these ideas in action and one of the few great examples of an authoritarian regime voluntarily giving way to a stable, prosperous, liberal democracy.

This unique history and its continued accomplishments defy the malign political system in mainland China. Its very existence is a constant challenge to the brittle leaders in Beijing, its success emblematic of an alternative rooted in freedom that is competing with the CCP’s paradigm of oppressive control. That is why they cannot allow it to remain autonomous.

As President Xi has warned, “anyone who attempts to split any region from China will perish, with their bodies smashed and bones ground to powder”. Britain and its allies must be equally resolute. Taiwan must not be allowed to fall to the CCP and its destructive Marxist-Leninism.

Like West Berlin during the Cold War, Taiwan is not just a fount of conflict: it’s a well of hope and optimism that there is a better path. And it’s not the only place where Britain should lend a hand.

In Africa, British ally Ethiopia has been working hard to pull free from Beijing’s orbit and end its dependence on Chinese investment. Previously, as one local businessman put it, “Without China, not much would happen around here.” But its Prime Minister, Abiy Ahmed, has been driving a reform agenda that is steeped in our ideals: creating a more dynamic, free market economy, privatising state-owned companies, and strengthening their legal system. His strategy is paying off, with Western governments and investors stepping in.

In the Middle East, our historical allies Qatar and Oman have been quietly developing using our roadmap, steadily embedding the institutional architecture and gradually increasing individual freedom in a long term transition from absolute monarchy to constitutional government.

Such change, however gradual, threatens the authoritarian orthodoxy in the region. In particular, Qatar’s success with our model – the most advanced Arab state in human development, with among the highest GDPs per capita in the world, and now building its own version of Silicon Valley – is being noticed. Its rise is inviting both emulation and enemies, its reforms challenging both conservatives and despotic rivals reluctant to change. Britain must ensure that their incremental improvements keep pushing the region towards progress.

In Mongolia, Georgia, and many other places around the world, there are more of these “West Berlins”, upholding and developing the concept of “liberty under the law”. As with Taiwan, Britain and its allies must stand with them. If we are to win the battle of ideas, we need to recognise that the time-honoured principles that built Great Britain have enormous power and they live on in the foundations of these emerging redoubts of freedom across the globe.