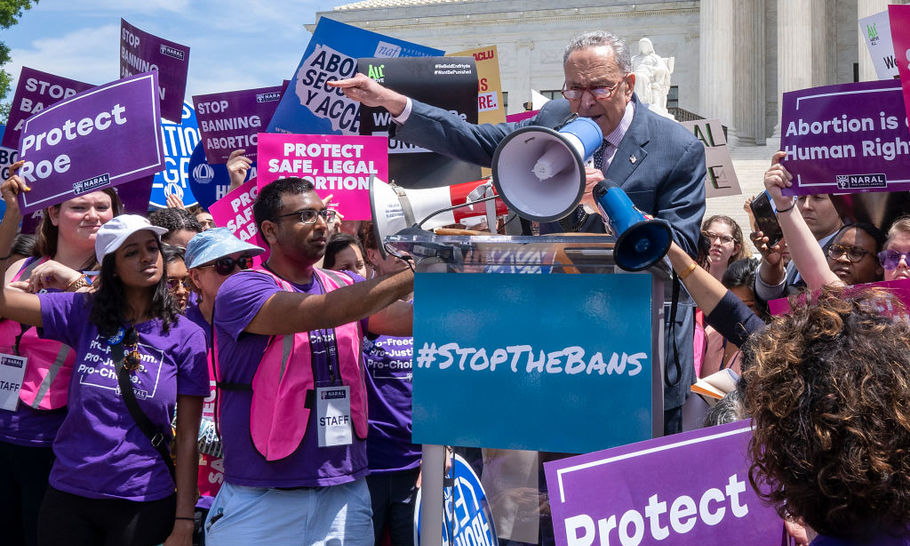 Whilst the Brexit drama continues to unfold, there is a fight underway in the US which, arguably, says far more about a nation and its people than Britain leaving the EU: It is the fight over what protections, if any, a baby in the womb should have in law.

In the wake of the State of Alabama’s decision to pass The Alabama Human Life Protection Act, the abortion issue has hit the headlines once more. The bien pensant were particularly horrified by this piece of legislation – which grants full legal protection to unborn children and effectively outlaws abortion – leading to panic and hysteria in large sections of social media, and a number of celebrity personalities offering some bizarre, threatening, and macabre condemnations.

So before accepting this distorted narrative let’s at least establish and evaluate the  facts.

A woman who has an abortion in Alabama “will not be held criminally culpable or civilly liable for receiving the abortion” , neither will any woman go to prison for having a miscarriage, as has been claimed.

The legislation also rightly stipulates that if the mother’s life is in danger , the premature cessation of pregnancy to save her life remains lawful. Importantly “[t]he term [abortion] does not include: a procedure or act to terminate the pregnancy of a woman with an ectopic pregnancy.” Those who support the right to life of the unborn, including myself, have long recognised the tragedy of an ectopic pregnancy, and have always distinguished this from an abortion insofar as the intention in ending such a pregnancy is not to end the life of the child.

This legislation, passed in January of this year, did not meet with anything like the same outcry despite its truly radical and dehumanising nature. It establishes abortion as a “fundamental right” essentially making abortion available up to birth.

In the developed world, children born as early as 22 weeks, just over half way through the pregnancy, are able to survive with medical assistance outside of their mother’s womb. And yet the law in New York allows a doctor to end the life of a fully developed baby right up until they are born.

Revealingly, a ComRes poll conducted in 2017 shows the British public favour greater, not fewer, protections for the unborn in law.

70% of women respondents wanted to see a reduction in the upper limit for abortions, which is currently at 24 weeks in the UK (and up to birth where it is thought that the baby might have a disability).

Indeed, 59% of women overall wanted to see the upper limit as low as 16 weeks. By contrast, only a tiny minority (1%) of the general population wanted to see an increase in the time limit through to birth, in all cases, similar to the extreme New York law, a position that has nonetheless been advocated for by many abortion lobby groups here in the UK.

Furthermore, 91% of women support an explicit ban on sex-selective abortion, with only 4% of women against.

If 90% of women don’t want sex selective abortion but if abortion‘s leading cheerleader, Ann Furedi, is right that “you can’t be pro-choice only when you like the choice” then in reality very few people *are* pro-choice.

Nor are parents in the Furedi camp.

70% of parents with children who are 18 or under wanted to see parental consent before a teenage girl undergoes an abortion.

These figures clearly show that there is strong support for changes to our abortion laws in the UK.

Despite this, the pro-abortion lobby are now using the law in Alabama as a springboard to impose abortion on Northern Ireland and some British MPs, once champions of devolution, have apparently turned full circle when it comes to abortion.

When it comes to abortion, the ideologues will not allow other concerns to hold them back.

They are indifferent to the 2016 democratic vote of the Northern Ireland Assembly against a change to its pro-life abortion law.

Nor are they willing to address the “reasonable probability” that “around 100,000 people are alive in Northern Ireland today who would have otherwise been aborted had it been legal to do so”.

Neither are they interested in polling showing that two-thirds of women in Northern Ireland (including 70% of 18-34 year olds) believe that the law on abortion should be a decision for the people of Northern Ireland and their elected representatives, and not for Westminster.

And then they wonder that political elites are despised by vast swathes of the population.

And what is the ideology that they seek to impose?

Since 1973, when the Federal Government imposed abortion on States which, historically, had always upheld the right to life of their unborn citizens, we have seen a coarsening of conscience leading to a significant political backlash.

What was once thought is now openly and offensively said  – encapsulated by this remark of John Rogers, a member of the Alabama House of Representatives:

Northern Ireland, without laws that elsewhere in the U.K. have led to one abortion every 3 minutes, and with a unique understanding of the consequences of violence, has maintained protections for unborn children in law.  That is to their credit.

While it is true that “some kids are unwanted” and “unloved”, the solution is not to end their lives, now or later. It is to love them now and later. To love them and their mothers. To love them both.