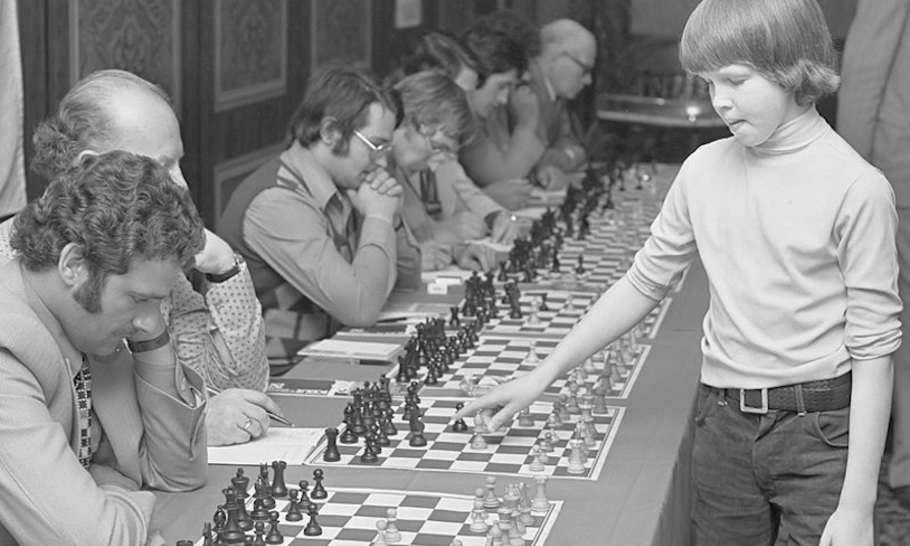 Has there been a plot to sabotage Nigel Short ’ s prospects of becoming President of FIDÉ, the governing body of world chess? Already Vice-President, England ’ s greatest ever chess player and chess politician since the days of  Howard Staunton  would, as I hoped, take the logical next step, identify a Ukrainian running mate, and stand for election to the supreme post in the elections due later this month, to coincide with the Olympiad in Chennai. With the incumbent President Arkady Dvorkovich a Russian,  hardly conceivable in the current climate after  Putin’s violation of Ukraine , I believed that Nigel would be a shoo-in for the top job.

Instead, Short has become enmeshed in a scandal that has resulted in his being censured and suspended by the FIDÉ Ethics Commission. Coincidence — or a blatant and politically motivated example of that pithy Antipodean formulation, the Tall Poppy Syndrome?

This syndrome is a cultural  phenomenon  in which detractors criticise or sabotage those who have achieved notable success in one or more aspects of life, particularly in intellectual or cultural arenas; “cutting down the tall  poppy ” describes a push towards mediocrity and conformity. It will be recalled that when Nigel Short (pictured above, in 1976) first stood for high office in FIDÉ, four years ago, that the English Chess Federation pulled out all the stops to frustrate his ambitions and in fact made it pellucidly clear that they would cast their vote for the Greek rival candidate, Makropoulos, rather than support their compatriot Nigel.

Instead of fighting his corner, Nigel has instead, and to my dismay, now resigned. I had hoped that he might soldier on, but I also fully respect, understand and sympathise with his presumed sentiment : “If they don ’ t want me, after all I have done for them in promoting chess globally, then I want nothing to do with them!”

Dvorkovich himself has not stepped down, thus leaving FIDÉ as the only international body of any prominence still led by a Russian. Indeed, Dvorkovich will stand again and probably win, due to the master stroke of recruiting Viswanathan  Anand,  the Indian former World Champion as his running mate, for an election to be held in India.

Dvorkovich ’ s tears at Short’s resignation struck me as singularly crocodilian. This is his statement:

“ I learned with deep regret about Mr Short ’ s decision to resign from the position of Vice President today. I would like to note that all these years, Nigel has worked tirelessly to promote chess on all continents. Thanks to his efforts, the FIDÉ family has been expanded by several new federations.

Often the fruits of his dedicated work were to be appreciated only years later. As an example – thanks to his efforts, the long-standing conflict in the Pakistani Chess Federation began to be resolved, ending with legitimate elections in June 2022.

I am sincerely glad that in 2018 Nigel agreed to accept my nomination as the Vice President of FIDÉ. Several more candidates from his 2018 ticket currently work in the FIDÉ Council and make a significant contribution to our common duties.

I would like to highlight Nigel ’ s organisational and leadership abilities, as well as to reiterate that his intentions have always been consistent with the mission of FIDE.

Nigel ’ s decision is open and sincere, perhaps even a little emotional and related to the decision of EDC, but I believe that Nigel will continue his mission and agree with my proposal to find the right format for our joint work for the benefit of chess.

If the President’s conscience remains clear, I would like to take this opportunity to draw his attention to the words of that great Roman historian Tacitus, which seem astonishingly relevant to the war in Ukraine.

Tacitus’  Agricola (c. 98 AD) recounts the life of Gnaeus Julius Agricola, an eminent Roman general and Tacitus’s father-in-law. It also covers, briefly, the geography and ethnography of ancient  Britain.  Tacitus favourably contrasts the liberty of the  native   Britons  with the tyranny and corruption of the continental Empire. The book contains eloquent polemics against the greed of Rome, one of which (that Tacitus claims is from a speech by the native chieftain, Calgacus, at the Battle of Mons Graupius in Caledonia) ends with the celebrated assertion:  Auferre trucidare rapere falsis nominibus imperium, atque ubi solitudinem faciunt, pacem appellant.  “To ravage, to slaughter, to usurp under false titles, this they call empire; and wherever they make a desert, they call it peace.”

Nigel Short’s resignation as FIDÉ Vice President appears to have been the result of losing a FIDÉ Ethics Commission case, involving his trip to a Caribbean island where the Merovingianly fain é ant official federation had provoked the formation of a rival organisation, now claiming to be legitimate. In that context please see this link to the bloviatingly self-important concoction of typographically challenged diatribes from  fides quasi judicial kangaroo court.

Were FIDÉ in such a hurry to get the censure out that they forgot to proof read it?  This shambles involved a cornucopia of rickety legal arguments, through which any competent British QC could drive through not  one,  but several coaches and horses, had Nigel felt motivated to go down that route.

Thus, in a British civil contract case (Peabody Trust Governors vs. Reeve [2008]),  ‘ The Court decided that the clauses didn ’ t make sense, rather they contradicted one another. On that basis, the Court was obliged … to interpret the agreement in the [respondent ’ s]  favour. ’

This invalidity of a self-contradictory clause is certainly evident in the case of Article 4.10 of the FIDÉ Charter which ostensibly proposes to be strictly non-judgemental while simultaneously in the definitive process of exercising a judgement. It is thus invalid and should be struck out.

Let us close the curtain with a potpourri of games across a decade, from the tall white poppy of modern British chess, up against a rather good former Russian world champion.

As Nigel withdraws from chess politics, he has staged a resurgence as a player in the winning England squad which late last month triumphed in the World Senior Team Championship held in Italy. Remaining members of the victorious World Over 50 team were Micky Adams, John Emms, Keith Arkell and Mark Hebden. England also won the Women’s Over 50 and the Men’s Over 65 titles — a triple gold medal triumph.

Raymond Keene ’ s latest book “ Fifty Shades of Ray: Chess in the year of the Coronavirus”, containing some of his best pieces from TheArticle, is now available from  Blackwell ’ s .