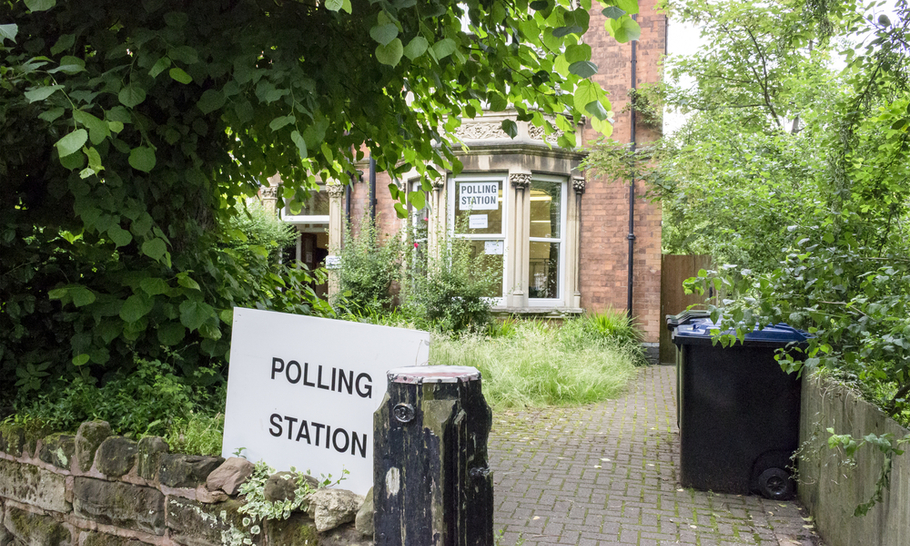 During almost every major democratic event nowadays — from the Brexit referendum, to 2017’s general election to the European Elections — one phrase more than any other gets thrown about by so-called progressives. That is: “Your vote matters.”

The electorate is told this repeatedly, and 2019 is no different —celebrities and MPs urge everyone to sign up and vote. On Twitter, arch Remainer and Dragon’s Den entrepreneur Deborah Meaden, wrote: “Pleeeeeeeeeeeeeze register to vote. This is a really really really really really important moment for our Country”; naturalist Chris Packham followed suit, warning the under-25s: “don’t be apathetic”. Other high profile individuals have joined in, emphasising the registration deadline (26 November, in case you didn’t know).

Out of the major political parties, Labour is perhaps the most determined to get everyone registered, through reminders on social media and with council workers even going to people’s houses. This is something I’ve experienced at first hand. In the past six years I’ve lived in Islington North and South, and in both places officials have rung my doorbell on what felt to me like far too many weekends.

Ostensibly the lefty insistence on telling people that their “vote matters” is altruistic, as if the only reason they say this is because they genuinely care about everyone exercising their democratic rights. But can you imagine if someone turned around and said to Jeremy Corbyn or a Momentum member that they were going to vote for the Brexit Party? Campaigners would lose interest immediately. That’s because, deep down, everyone knows that “your vote matters” is only designed to give one side a boost — whatever is deemed “progressive” at the time.

Evidence of this could be seen in a video of a doctor that circulated around the internet this week. A headline about him read: “NHS doctor urges commuters to vote”, but this wasn’t the case at all. He had, in fact, urged voters to vote against the Tories, and went on an epic tirade about how the party would be a disaster for the NHS and for the environment.

The truth is that some people don’t vote because they can’t be bothered, are uninterested in politics or may not even know who Boris Johnson is (yes, really). They should arguably be left to their own devices. But some parties are banking on bribing them with cheap gimmicks.

MPs are especially interested in the youth vote, recently trying to get 16-year-olds to vote in the general election, a move that failed. We are told that this group is mature enough to go to the polling stations, but the evidence seems contradictory; a poll has found that 28 per cent of 16-24-year-olds have never heard of Stalin, with almost half not knowing who Lenin was and 70 per cent unaware of Mao Tse Tung.

To some, this age group’s lack of historical and political understanding is a travesty. But for cynical politicians, it can be quite exciting, as it makes them easier to shepherd to the ballot box. “Your vote matters” quickly becomes a case of “your ignorance matters”.

On the other hand, you almost never hear Brexiteers or Conservatives told the same. Some might say this is because these political positions tend to attract older voters, who are more likely to exercise their democratic rights and are in need of less encouragement. But it may also come down to some parties’ respect for the free will of others and to the belief that adults should be left to register of their own accord.

What is all the more ironic is that it’s too often the Remainer cabal that is telling the electorate “your vote matters”, but parliament’s inability to follow 2016’s mandate is direct evidence that it doesn’t, at least not for Brexiteers. The real message beneath this cynical campaigning technique is revealed as something quite different — it’s that some votes are more important than others.