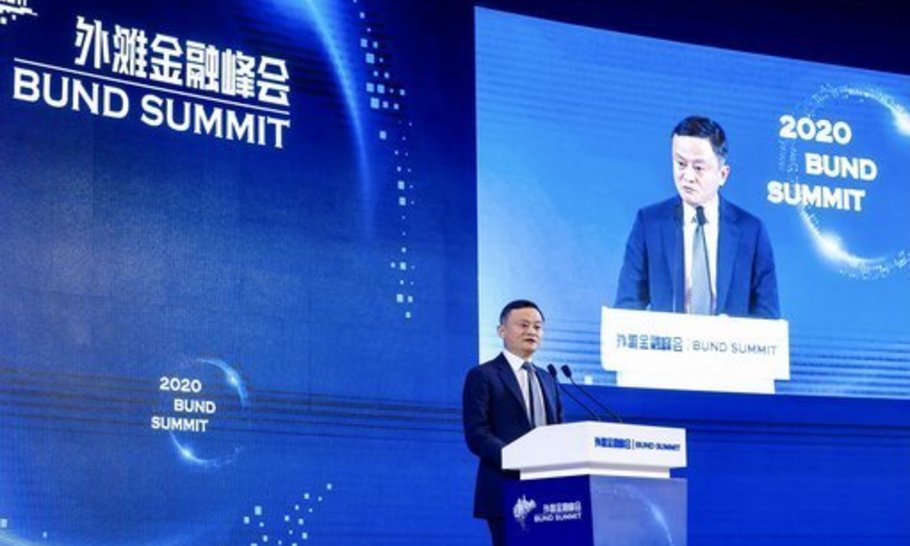 Two weeks ago Jack Ma, the Chinese entrepreneur and founder of the e-commerce giant, Alibaba, addressed a big financial conference in Shanghai. Responding to his host’s tongue-in-cheek introduction, he said: “I’m not throwing any bombs” — but then proceeded to do just that. He gave the equivalent of both barrels to China’s risk-averse financial regulators, and labelled China’s state banks, on which his business depends, “pawnshops” for their lending to only those that could post significant collateral. A week later, the authorities pulled what was to be the world’s biggest initial public offering (IPO), of $37 billion of shares in his spun-off Ant Group in Shanghai and Hong Kong with 48 hours’ notice.

The Ant IPO on the STAR market, China’s NASDAQ equivalent, was oversubscribed by factor of about 800, and, had it gone ahead, would have given Jack Ma, China’s capital markets and China itself a lot to crow about at a time when China is keen to exploit the West’s pandemic and economic plight, and America’s political divisions and distractions. Now he looks rather naive, but perhaps more importantly, China’s regulators look bad, and the opaque, controlling and interfering role of Chinese politics has again been corroborated. Western financial firms, queuing up to bring capital into China at a delicate geopolitical time, should take notice.

For background, Ant, which is 33 per cent owned by Alibaba, is best known for Alipay, which dominates China’s $17 trillion on-line payments market, and reaches over 700 million people. Alipay generated over half of Ant’s $9 billion in annual revenues last year. The group also sells investment products, makes small loans, and offers other financial services, including loans to regular banks.

The most immediate cause of the falling out between Ma and the authorities lies in the regulatory area. Ant straddles two of the most scrutinised sectors in business nowadays, finance and technology. The finance industry in China and elsewhere is developing so called “fintech” at a rapid pace, presenting central banks and regulators all over the world with new and sometimes daunting problems, especially as digital currencies and payments systems are developing.

To try and keep Ant’s surging fintech presence under control, the regulatory authorities introduced new rules at the start of the month which would have made Ant keep more of its credit on its own books, and importantly, therefore, hold more regulatory capital. This would have treated Ant more like a bank, and crimped profitability and growth.

The Ant saga looks like a bog-standard row between a financial entrepreneur and the regulators, but it goes further, embracing the contradiction between financial innovation on the one hand, and control on the other. It’s quite understandable that the Chinese government might be ambivalent about all this: they have certainly bought in to the idea of financial innovation and the efficiency gains it can bring, but they also have very firm ideas about control. They don’t want people like Ma to get too big or important: the integrity of the state banking system and rigid control over finance are, in the end, sacrosanct.

You can see this also in the wider tension that has erupted in China in very recent years between the equivocal role envisaged for the private sector, compared to the unquestioned role for the state sector. Recent directives, for example, have emphasised that the existence and development of the private sector in China is “long-term and inevitable”, and leaders are well aware of the critical role that private enterprise plays in employment generation, output and innovation.

Yet the directives cannot be clearer that the state sector, with the Communist Party at its helm, is the reason for China’s success — past, present and future. An essential part of Xi Jinping Thought, now included in both the state and party constitutions, provides for the slogan: “Government, military, society, schools, north, south, east and west — the party leads everything.” For a while now, the party has emphasised the importance of all firms with three or more party members, public and private, having party committees close to operational management. More recently, new initiatives have been launched to recruit private entrepreneurs into the party’s “united front” of allies, essentially meaning that if they toe the line and support the party’s objectives, they will receive favours and privileges.

In recent years, leading private firms — such as Anbang, Fosun, HNA and Dalia Wanda — have had their wings clipped or executives punished. Xiao Jianhua, CEO of the Tomorrow Group, which looked after the fortunes of China’s elite, was snatched in Hong Kong in 2017, and the group is now being dismembered. This year, a wealthy, well-connected real estate developer, Ren Zhiqiang, was imprisoned for 18 years, his crime to have criticised the President’s handling of Covid. He called X Jinping a “clown”.

The party under Xi, then, has form in cracking down on freewheeling finance and commerce, and doubled down after the made-in-China financial crisis that erupted in 2015-16. The more extreme forms of egregious risk-taking and financial innovation were deemed to be unacceptable and the government made financial stability a lodestone.

It is curious to reflect why Jack Ma was inclined to throw down his gauntlet to the central bank and regulators during his Shanghai speech, but the cancellation of the Ant flotation has presented issues that go beyond his and Ant’s immediate prospects.

The Ant saga has damaged China’s fragile capital market reputation and underscored why China will never have a truly global currency, let alone anything to rival the euro or US dollar. To do this it would need to run external deficits or free up outward capital movements, but also nurture open, trusted and transparent capital markets. This episode is a reminder that control and what China calls “stability maintenance” render that a distant goal, if it happens at all.

It’s a curious anachronism to think about a structural deterioration or distancing in Sino-US/Western relations, and watch US and other financial firms lining up enthusiastically to accept opportunities to build businesses in China, taking on significant risks, often with your savings. Pulling the Ant IPO should make investors and financial firms more wary than they have been about Chinese politics.