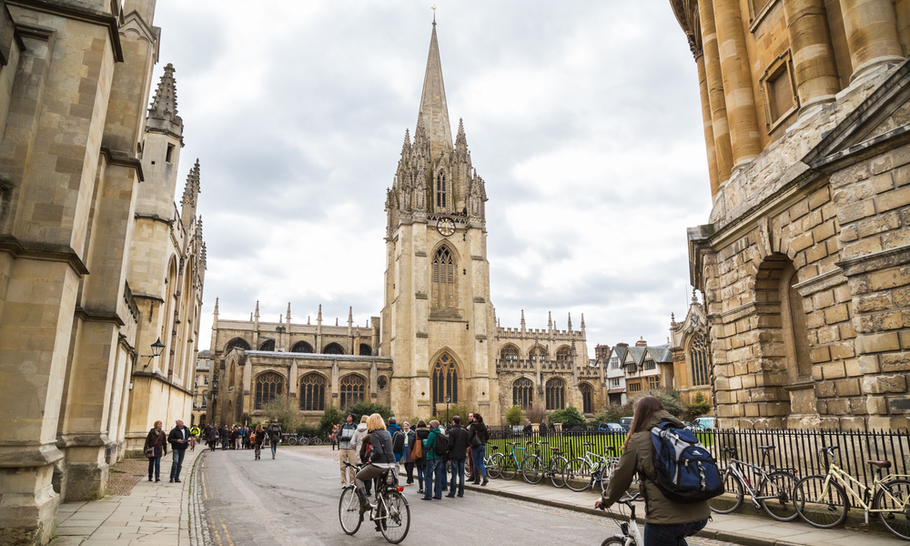 The dire nature of the education system in the UK is rarely on easy display, as members of the public unfortunately are not encouraged to go to university lectures – unlike my experience of the University of Maryland, where ‘seniors’ are permitted entry to every course that is not full. It may therefore be instructive to read a piece on Spiegel Online in which Jörg Schindler interviews Danny Dorling, who since 2013 has been Halford Mackinder Professor of Geography at Oxford. Dorling himself is an icon on the left. In 2010, the Guardian published an editorial ‘In Praise of Danny Dorling,’ while in 2016 he wrote in praise of Corbyn’s ‘moral clarity’ and argued that his popular appeal was ‘based on conviction, love and compassion.’ Dorling has made a valuable contribution in the cartographic depiction of modern Britain. In his work mapping poverty, Dorling has shown a determination to anatomise Britain to a degree that many of the New Left prefer to ignore for the sake of alternative languages, notably of gender, sexuality and ethnicity. His use of maps has repeatedly been fruitful. Dorling’s use of cartography has been particularly arresting. At the same time, he has always been a crude ‘class warrior’ lacking in an understanding of social mechanisms and structures. Much of that reflects the politicised character of the academic subject of Geography, a theme I discussed at length in my book on Geopolitics (Indiana UP), notably a marked degree of reductionism and instrumentalisation in explanation.

Dorling has weighed into a different branch of modern politics with Rule Britannia: Brexit and the End of Empire, which has been written with his colleague Sally Tomlinson. The Spiegel interview arose from that. Schindler summarised the new orthodoxy: ‘In the view of Oxford Professor Danny Dorling, a British elite drunk on nationalism is responsible for the Brexit disaster. Raised in the traditions of the British Empire, they continue to glorify the crimes committed during colonialism.’ This is a classic instance of the notion that the working-class is led astray by a deliberately manipulated false consciousness. Dorling also neglects the extent to which those whom he might term the élite are not imperially nostalgic but, in practice, a liberal-internationalist Europhile group who opposed, and oppose, leaving the European Union. Instead, Dorling prefers to focus his ire on Johnson, Rees-Mogg et al, and to neglect the extent of Brexit support among the working class.

The interview reveals Dorling as hopelessly ignorant. I do not like to use such a term to describe another academic, not that Dorling probably cares, but the ignorance is breath-taking. For example: ‘We depopulated almost the entire continent of Africa.’ No. ‘He [Cecil Rhodes] happily watched thousands of young black children die in his mines.’ No. The account of the origins of the British empire is wrong. There is a worrying lack of accuracy and a scatter-shot approach. Rommel, for example, is commemorated in Germany.

There is also the curious nature of how Dorling produces evidence. Of Theresa May, for example: ‘She may not know she’s racist, but she is.’ For the British as a whole, he is obliged to admit that he lacks ‘evidence’ for his argument, but goes on to say ‘I think it is largely subconscious,’ which is at once convenient and fatuous as means of argument. One wonders how students would be marked if they labelled supposed characteristics for which there is little evidence as sub-conscious? Moreover, he has such a perverted view of values that he suggests that a German invasion of Britain in the Second World War would have ‘helped us get rid of the empire idea of greatness.’

Let us leave aside a British professor denouncing his fellow countrymen to a foreign magazine. Let us leave aside the total shallowness of his academic ‘method,’ notably his inability in this instance to understand, still less, use evidence. Let us, instead, ask what has happened to Oxford and to academe in general. Figures like Dorling will be those who wield power and influence, control research grants, exercise patronage, determine appointments. It is fanciful in the extreme to imagine that those who do not conform to Dorling’s suppositions will receive appropriate attention. The call of ‘decolonisation’ will serve to destroy what he does not like. Ironically, he holds a chair named after a great public servant who did much for this subject and for the country. It is a sad commentary on Oxford to see the present holder.

Yet sadness or satire, while easy, is not really sufficient for the practical problems posed by this use of academic privilege for political propaganda cuts to the quick about the value of universities at the present moment. They clearly are useful for the propagation of ideological approaches and the expression of partisan viewpoints, and, while many students will hear and ignore, others will not. Doubtless future historians will point out the irony that hatred on the grounds of ethnicity, gender, sexuality and disability were, quite rightly, illegal and castigated, but hostility, contempt and hatred on the grounds of social identity and politics appeared to be widely acceptable within the academic community and were expressed in universities. It would be pleasant to imagine that this was only the case of Oxford, but that is not true. Moreover, this is not simply ‘virtue signalling’ that we have to confront. The historical parallel is more accurately that of the rhetoric of revolutionary violence.