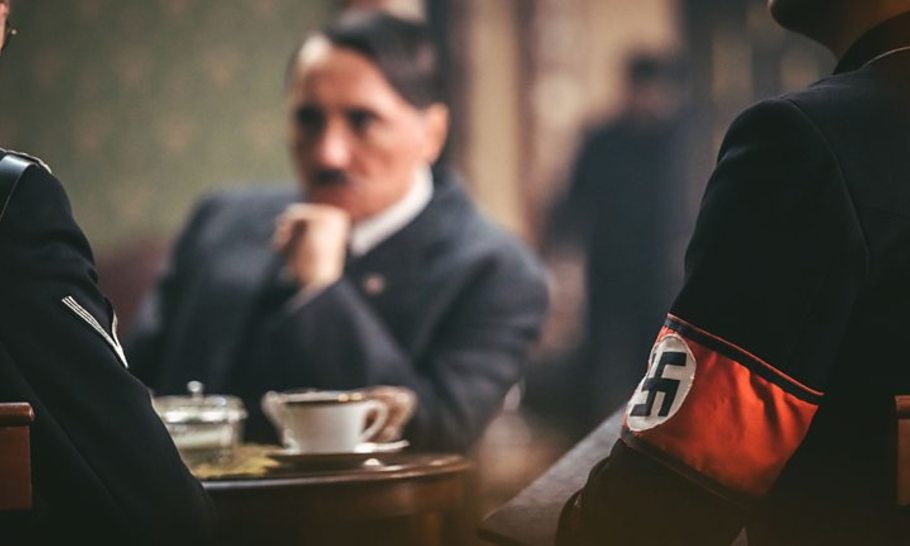 Last night there was a storm of protest on Twitter about the new BBC2 series, Rise of the Nazis. The programme began, “historians and experts” have examined the crucial years, 1930-34. The historians were fine: Richard J Evans, author of an acclaimed trilogy about the history of The Third Reich, Richard Overy and Giles MacDonogh.

But since when were Helena Kennedy and General Sir Mike Jackson, “experts” on the history of Nazism? Worse was to come. Ash Sarkar? What were the producers thinking? Not only does Sarkar have no credentials for talking about the rise of the Nazis, she recently caused huge controversy by defending the spraying of antisemitic graffiti on the last surviving walls of the Warsaw Ghetto. Hence the outrage.

One tweet read, “Absolutely ridiculous – I can’t quite believe the BBC decided Ash Sarkar would be appropriate for this subject instead of an actual expert.” Another said, “What the hell are @BBCTwo doing making a programme called ‘Rise of the Nazis’ and featuring @AyoCaesar [Ash Sarkar], who supported the desecration of the Warsaw Ghetto and opposes the IHRA definition of antisemitism? How tone deaf/insulting/outright racist are you?” Sarkar must have hit the cutting room floor because she only featured in the opening and the trailer for next week’s episode.

Perhaps the producers thought they needed women interviewees to go with all the male historians they had assembled? Had they not heard of distinguished historians like Jane Caplan, Deborah Lipstadt, Catherine Epstein and Mary Fulbrook, winner of this year’s Wolfson Prize for Reckonings: Legacies of Nazi Persecution and the Quest for Justice.

The second problem was the actual narrative. The programme focused entirely on high politics and personalities: the lawyer Hans Litten, Hindenburg, von Papen, General von Schleicher and Hitler. Hitler, of course, made his first appearance in the programme with the sensationalist story of his affair with his half-niece and her suicide.

What about the historical context? The fear of the rising German Communist Party and memories of the 1919 Revolution? Economic collapse following the 1929 Crash? Anti-Semitism in Weimar Germany? The humiliating defeat in World War I and the losses of territory at Versailles? Social change in small towns and the German countryside? Funding of the Nazi Party by big business and industry (one passing reference)? The role of the German military elite (also just one passing reference)? The “experts” had nothing to say about any of this and the historians were presumably asked to focus on personalities and the dramas of high politics.

It is worth comparing this with the work of two recent historians. If the lawyer Hans Litten was so important why doesn’t he feature at all in the 1,600 pages of the first two volumes of Evans’s trilogy on The Third Reich or in Michael Burleigh’s thousand-page work, The Third Reich: A New History? If Schleicher was so important why are there fewer than thirty references to him in Evans’s trilogy and barely a dozen in Burleigh’s book? By contrast, look at what Evans does focus on in his books: over a hundred references to the German Social Democrats, almost eighty to the Communists, over thirty to German Catholics and Versailles. These were huge themes in the late history of Weimar Germany. All are virtually missing in the programme.

Apart from the interviews, the rest of the programme mostly consisted of beautifully shot dramatised sequences. There was little archive film and no attempt to interpret what archive there was. For example, there was an archive sequence from 1932. What was striking was what it told us about Hitler’s appeal to Middle Germany – rural, women and children, Aryan – and what was missing (urban, Communists. Jews). None of this was mentioned in the programme. Another sequence from the 1932 election showed a few voters. Again, it didn’t tell us who they were or where they were. This was just wallpaper, totally uninformative.

This programme had a historical consultant, two producers, a series producer, an executive producer and a commissioning editor at the BBC. None seem very interested in German history and the series will be best remembered for the offence it caused numerous viewers by casting Ash Sarkar, left-wing self-publicist and new darling of the BBC. What a wasted opportunity and sadly typical of what’s happening to the BBC.