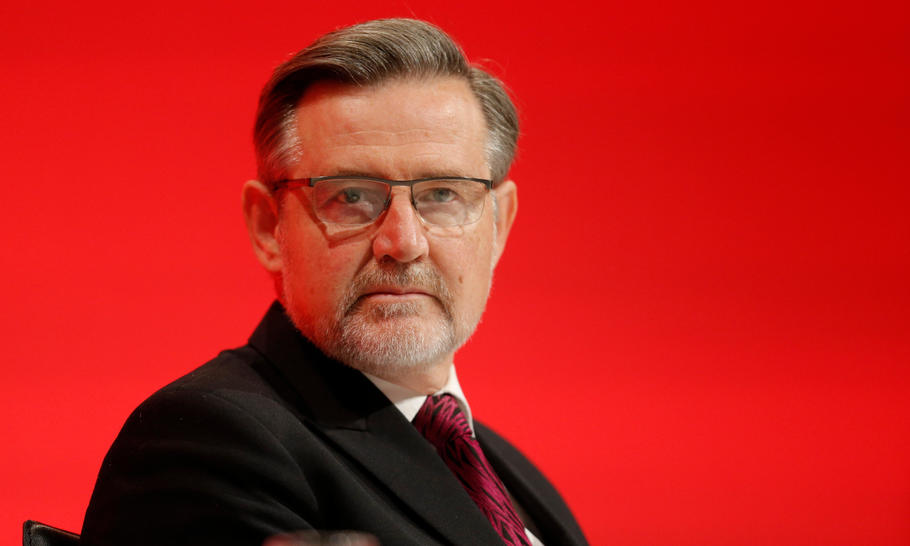 The Labour MP Barry Gardiner is a familiar face on the BBC and other broadcasters. The former Shadow Energy and International Trade Secretary is a suave spokesman for his party and can be relied upon to present a Left-wing view of the world in which Britain, the US and the West are usually at fault.

Since Jeremy Corbyn was replaced by Sir Keir Starmer, Gardiner’s political career has languished, but his media one has continued to flourish. Yet questions have been asked about his connections to Beijing for at least five years. In 2017 donations of £182,000 to his Westminster office from the firm of Christine Lee, the Chinese Embassy’s legal adviser, were revealed by The Times. Gardiner insisted that everything had been declared.

Despite the public exposure, the donations continued and so did Gardiner’s career. Now it has emerged that the conduit through which a total of £425,000 was funnelled into his office, plus a further £225,000 in donations to the Labour Party, was all along an active Chinese agent. According to M15, Ms Lee was secretly employed by the United Front Work Department, an arm of the Chinese Communist Party engaged in “political interference activities in the UK”.

The Brent North MP was so close to Ms Lee that until this week her son had been employed in his Westminster office, yet he insists that no impropriety had been involved. “She gained no political advantage for the Chinese state from me,” he declared, claiming that the security services had been aware of the donations and that he had not personally benefited.

When a politician is caught out, a well known diversionary tactic is to deny what had never been alleged. Gardiner is not accused of lining his pockets and even if he had not been “liaising” with MI5, his Beijing connection was hardly difficult to keep under surveillance. With acquaintances who included two Prime Ministers, David Cameron and Theresa May, Ms Lee was hiding in plain sight. Mrs May even accepted a Chinese award facilitated by Ms Lee. It was immediately rescinded after the revelations by MI5.

What is depressing about Gardiner’s conduct is not that he was personally corrupt — which nobody has alleged — but that even now he cannot see anything wrong about accepting nearly half a million pounds for his office from the ruling party of a regime that is now described by the head of MI6, Richard Moore, as the “single greatest priority” for the intelligence service.

Gardiner’s pro-Chinese positions on everything from energy to trade are a matter of public record, but the benefits that Beijing will have gained from its connection with a senior figure in Westminster are incalculable. If these donations passed muster with the parliamentary authorities, then there is something very wrong with the scrutiny process.

In 2013 another recipient of Christine Lee’s largesse was Sir Ed Davey, while the Liberal Democrat leader was serving as Energy and Climate Change Secretary in the Coalition Government. He accepted £5,000 for his office and another £5,000 for his party. Sir Ed now has some explaining to do.

There are questions, too, for the broadcasters who gave Gardiner a platform over several years as a Labour spokesman. Did they inform the public that the politician who was commenting on a whole range of sensitive issues involving Beijing was receiving six-figure sums to pay for his office from a source linked to the Chinese Embassy? This fact was, after all, public knowledge, even if the fact that Ms Lee was an agent had not been revealed.

Sir Keir Starmer may have been aware of these unsavoury connections, because he sacked Gardiner from the Shadow Cabinet as soon as he became leader. But the former minister evidently saw no need to sever his connections with Ms Lee, who is likely to have continued to exploit those connections over the last two years. The Times quotes a “Whitehall source” to the effect that her activities did not meet the threshold for prosecution under the Official Secrets Act. Yet the most valuable prize from Beijing’s point of view is not military or commercial espionage but the power to influence Westminster.

During the Corbyn years, while freedom in Hong Kong was crushed and horrors perpetrated against the Uighurs in Xinjiang, on China the Labour Party largely turned a blind eye. That changed under Sir Keir Starmer, a former human rights lawyer, who began to speak out against Chinese crimes and abuses in June 2020. Last year the Labour leader even voiced support for the AUKUS treaty between the US, UK and Australia, which is directed against Chinese expansionism.

Yet the Parliamentary Labour Party still includes many Left-wing MPs who share the sympathies of Barry Gardiner. Last year the former Shadow Home Secretary Diane Abbott, for example, signed a Stop The War petition denouncing an alleged “new Cold War against China”. Another Labour MP, Richard Burgon, warned against “anti-Chinese racism” on LBC. There are plenty more where they came from.

Parliament must tighten its rules to exclude foreign funding of MPs. The public needs to be made much more aware of Beijing’s colossal investment in a vast web of subterranean influence and covert propaganda. And the mainstream media should be held to account for giving airtime to politicians who are so cosy with Beijing that they do not even need to be bribed. Otherwise we shall find ourselves witnessing the pollution of British public life.