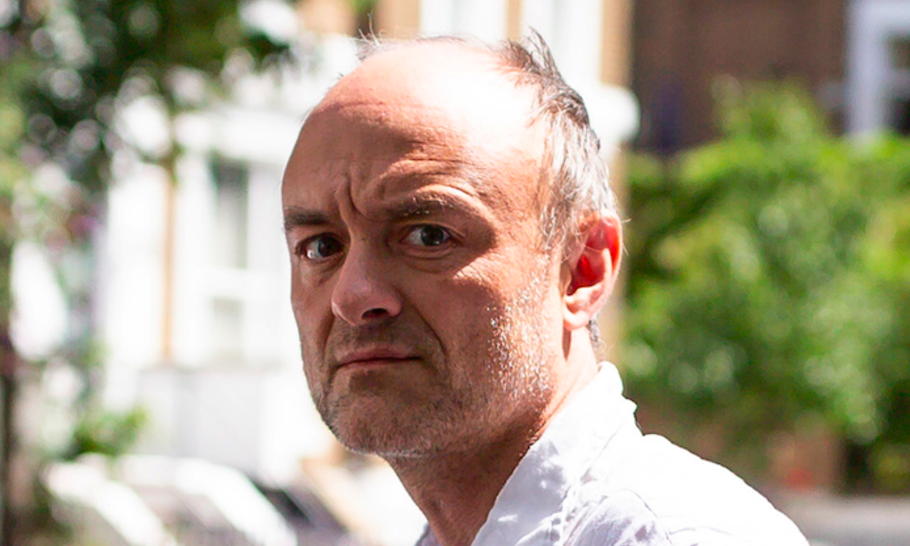 I am not a lawyer. I am not a jurist. I am not an expert on the constitution. But I am a citizen. Since both the law and the constitution are there to make sure that my rights (and yours) are protected and fairly treated I have an interest in how they interact.

When someone who has power over me makes a decision that affects my life, I wish to be sure that the decision has been made lawfully and reasonably even if I disagree with it.

Who better than a judge to decide? They are experienced, tend to use their common sense and by and large are free from political pressure or monetary gain. They’re not infallible. And they’re not inherently impartial. None of us is. But they’ve done a pretty good job so far of protecting the rights of the ordinary citizen.

Boris Johnson and Dominic Cummings are itching to clip the wings of the judiciary. Downing Street’s frustration has boiled over, after it was twice thwarted in the Supreme Court.
First, the government was told that it could not trigger Article 50 to start the Brexit process without the consent of Parliament. Then last year the prorogation of Parliament was annulled by a unanimous decision in the Supreme Court. That was probably the clincher.

Before, or perhaps instead of, a grand commission to revise our constitutional arrangements it seems we are going to get a fast-track review to look at the way ministerial decisions can be challenged in the courts. Johnson wants to make sure that the courts are not “abused to conduct politics by other means”. With Cummings prodding him, he is a man in hurry.

These salami-slicing tactics, which are intended to gather more power in favour of the executive, appear to be have the blessing of none other than the former Supreme Court justice Lord Sumption. He has argued that there is an excessive and inappropriate tendency to use judicial reviews.

He may say so, but I’m not sure the facts agree: according to the Bar Council, applications for judicial review have fallen by very nearly half between 2015 and September 2019, as a result of legal aid cuts and higher court fees.

In any case, I am not reassured. In fact, I am alarmed and, if I’m frank, a little perplexed as to why anyone, irrespective of their political belief, should think this is a good idea.

Giving Boris Johnson a free pass may suit someone who agrees with his agenda. But what if the man in Downing Street were Jeremy Corbyn or Keir Starmer or — God forbid — a wet Tory Remainer?

As I think I’ve mentioned before, I’m a grateful immigrant. When I first arrived back in Britain in the early 1960s it wasn’t a coup de foudre. Love crept up on me slowly. It takes a while to get the hang of a country where the conventions are not written down.

In those days it was said that the raising of the governor of the Bank of England’s eyebrows was more powerful than the law. I spent ages staring at those eyebrows. In time I was hooked, because I came to understand we were a country governed, with notable exceptions, by reason.

At school I was taught that Magna Carta was the key to my rights as a citizen. It declared that no man — not even the King — was above the law. Some argue that this was merely a scrap between big Barons and a weakened King not too be taken too literally, that it’s more myth than reality.

I side with my brooding history teacher, Mr Swinbank, who told us the treaty sowed the seeds of modern democracy “and don’t you forget it.” The Americans took it to heart when they wrote their magnificent constitution.

Arguments about the sovereignty of Parliament, the will of the people, the law and the balance between them are like counting angels dancing on a pinhead. They’re a long way from the man or woman with a grievance in search of impartial justice. Judicial reviews matter whether they are aimed at the government, the police or a health authority. They are the quickest route to the otherwise inaccessible corridors of power for the common man or woman.

When the coalition government cut legal aid, Chris Grayling, then Justice Secretary, said he wanted to drive out “meritless applications” used as “cheap delaying tactics”. But who’s to say what application has merit? A politician?

I say don’t try and fix what ain’t broken. Leave our judges be. First, from my experience, a judge is usually the first person to throw out a judicial review application that is frivolous or malicious. Chancers get pretty short shrift from the bench. Judges are perfectly capable of judging what has merit. It’s what they’re there for.

Second: it’s an awfully long time between elections. Yes, Parliament is sovereign. But it is not a law unto itself, unbound and unfettered. A government elected, as it usually is these days, by barely half the electorate cannot be immune to challenge in between elections.

Someone has to hold the ring. There must be someone I can turn to when I feel the government is taking liberties. Otherwise we end up with elected autocracy.