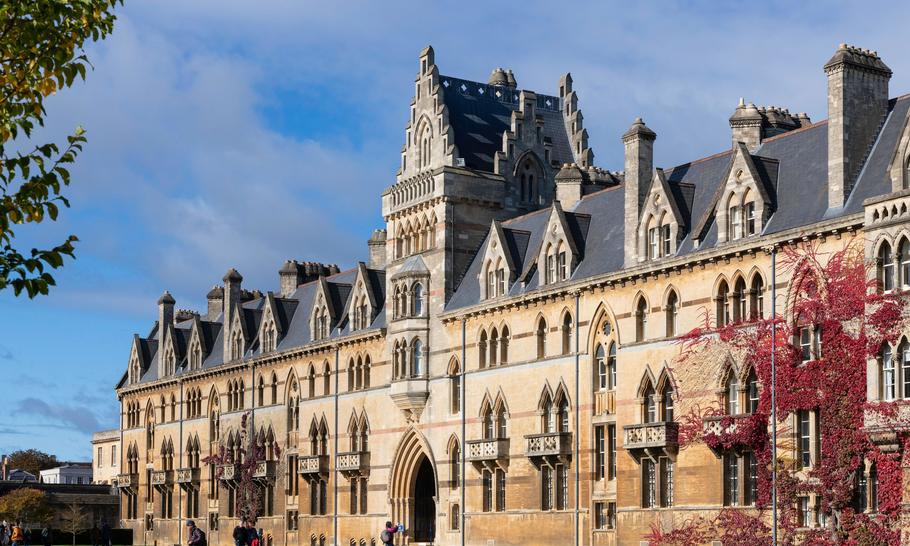 This is supposed to be the season of goodwill, but in one grand old academic institution a bitter dispute that has festered for almost four years still shows no sign of resolution. At Christ Church, Oxford, the fellows are doggedly pursuing their case against the Dean, the Very Rev Martyn Percy, despite the fact that he has been exonerated by four independent investigations so far.

Now the dons at The House, as the college is affectionately known to its members, are setting up a fifth inquiry, this time into the Dean’s mental health. At Christ Church it is (to quote another Oxford don, C.S. Lewis) always winter and never Christmas.

Already, however, this unseemly spectacle has attracted the attention of outsiders. The Charity Commission has questioned whether the dispute is a legitimate use of funds. No official estimate of the cost of this dispute has been published, but the cost of legal fees, mediation and PR are estimated to be at least £3 million, not counting cancelled donations by disgusted alumni.

The legal costs incurred by the Dean are known to amount to a six figure sum, but the governing body has refused to pay for his defence. The college enjoys charitable status and is thus subject to the Commission’s scrutiny. The fellows’ lack of accountability has itself become an emotive issue: unlike the Dean, they are able to hide behind reporting anonymity.

Now the university authorities are threatening to intervene. The Chancellor and Vice-Chancellor of Oxford, Lord Patten of Barnes and Professor Louise Richardson, have asked to attend a meeting of the governing body. In a letter to the 65 fellows, Lord Patten deplores the “protracted and ongoing dispute” and “the damage it is doing to the reputation of the collegiate university”. Such a move is probably unprecedented and will certainly be resented, but the college has acceded to the request. If anyone can knock heads together and bring the incorrigibly disputatious members of this juvenile Senior Common Room to their senses, it is a former chairman of the Tory party.

The Dean has many friends and allies, but one has stood out: the Rev Jonathan Aitken. A former Cabinet minister who fell from grace, served time for perjury, found God and is now a prison chaplain, many revere Aitken as the saintliest of repentant sinners. He has championed the cause of Dr Percy, not because he is a Christian or a fellow clergyman, but because he believes him to be a good man, unjustly accused and punished by being unable to exercise his office and forced to live in limbo. In a letter to the Times last Saturday (behind a paywall), he described the latest bid by “a cabal of disaffected dons to defenestrate their Dean” as “both comic and contemptible”. Far from suffering from mental illness, Dr Percy was, he said, “on sparkling form, battered but unbowed… far sharper and saner” than his persecutors.

Unfortunately, when vexatious litigation of this kind has continued for so long, it becomes a zero sum game. If one side wins, the other loses. For the minority of fellows to concede defeat by permitting the Dean to remain as head of The House would imply that they should resign instead. Hence the solution might be to give them an incentive to come to terms. Among the wealthy alumni of this most patrician of Oxford colleges, there must be someone who could sweeten the pill by paying off the lawyers. But after the failure of an experienced mediator, it is clear that a stick is needed as well as a carrot. So perhaps the last resort is for the college to be threatened with ostracism from the university unless it resolves the dispute forthwith.

In his late novel of 1982, The Dean’s December, Saul Bellow depicts an academic visiting his wife’s totalitarian homeland, Ceaucescu’s Romania, in the depths of winter. “There are evils…” he wrote, “that have the ability to survive identification and go on for ever — money, for instance, or war.” This Oxford dispute has gone from being an absurdity and a scandal to something very much worse.

But it cannot go on for ever. Christmas is itself a miracle: the Incarnation, God made man. Surely is not impossible for a college named after Jesus Christ — admittedly by that least Christ-like monarch Henry VIII, after he had expropriated it from its founder, the no less worldly Cardinal Wolsey — to contrive its own miraculous conclusion to an evil of its own making? Let this be Dean Percy’s last December in purgatory and let the dons search their hearts to encompass an act of charity worthy of that fictional secular saint of the festive season, Ebenezer Scrooge.