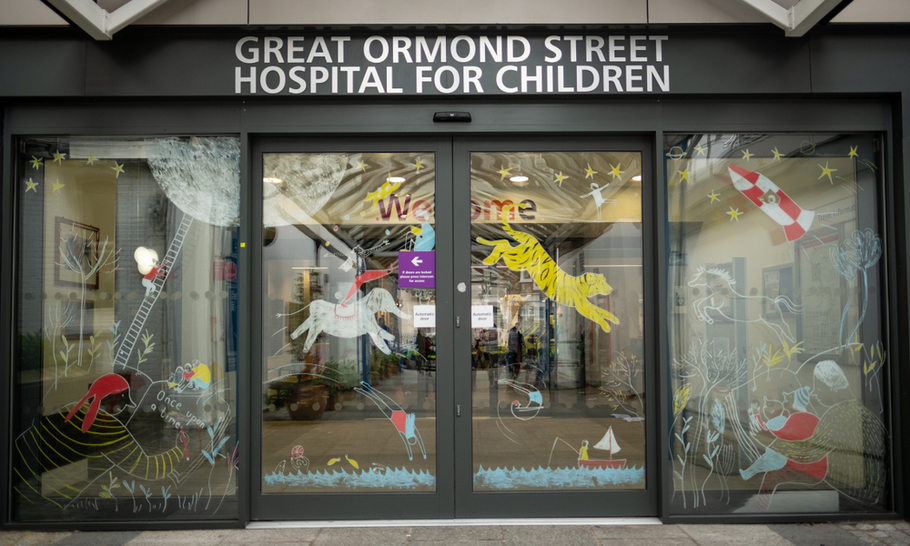 There can be nothing more heartbreaking for a parent than watching a grievously sick child suffering in hospital, on the way to an early death. The situation is much worse when the specialists keeping the child alive announce they are ready, indeed determined, to throw in the towel, withdraw the crucial treatment, and allow the youngster to die. It’s in the child’s best interest, they say.

Should you agree, and do all in your power to help end the child’s agony? Or should you go on, in the hope of a miracle, because that is what your God commands you to do — or because you just want the youngster to live?

Actually I am wrong. There is one thing more heartbreaking for a parent. It is to be told, very publicly — in well-meaning, but uncompromising legal and medical terms — that you have no say in your own child’s fate. Of course your arguments will be heard. But the ultimate choice is not yours. With the permission of the courts, the hospital will do as it thinks best.

You will almost certainly not be allowed remove your child. Instead, you must leave things to the courts and the experts, who have already decided they wish — quite honourably — to pull the plugs and turn off the taps, expecting your youngster to die in days, if not hours. To me this legally permissible decision is killing by omission (mercy killing, if you prefer). This makes it the moral equivalent of a heartbroken, but equally honourable, parent pressing a pillow down on their terminally sick child’s face — a grievous criminal offence. I can’t see much difference between the two. But then I am not a doctor or a judge.

Three horrific cases hit the headlines in the last four years, arousing genuine — and righteous — public distress and anger on both sides, as well as unseemly demonstrations and hysterical abuse of doctors and judges. Remember Charlie Gard? Alfie Evans? Tafida Raqeeb? There are no cases like theirs on the boil at the moment. But there will be. We need to be ready with some answers.

Parents are ever more litigious and assertive of their rights. Science’s ability to keep people “officiously alive” advances daily. And, to general approval, NHS policy already requires patient choice (or next of kin choice) in most other areas. You can choose your GP and your hospital. Your doctor and consultant are both, in theory at least, required to set out the options and the implications of different treatments. You get the final say. So why are parents — caring, thoughtful parents in the cases quoted — not automatically allowed to choose what happens to their sick children?

The case of Charlie Gard first caught my attention because it involved Great Ormond Street Hospital, the most efficient, and best-loved childrens’ hospital in the country. Charlie was on life support, with advancing brain damage and muscle failure. The hospital felt there was nothing more that could be done for him and that support should be withdrawn and end of life procedures put in place.

His parents wanted to try experimental treatment in the US, and raised £1.3 million via crowd funding to cover the costs involved. Yet the hospital decided to hold him against his parents’ wishes and enforce the terminal, no-life-support decision. During months of judicial proceedings, including sessions at the Supreme Court and European Court Great Ormond Street fought its case — and won.

The Pope offered Charlie his public support and hinted at citizenship of the Vatican State, to free him. The Italian and Polish presidents expressed their concern. Trump and Congress got involved, but all to no effect. So much time was wasted that Charlie deteriorated and the experimental treatment became irrelevant.

Charlie’s parents decided they wanted him home or in a hospice, to die. At first, it is reported, the hospital refused. But finally, by agreement, he was taken to a hospice. In addition to the family’s anguish, this foot dragging farce cost the hospital more that £250,000 in legal fees.

Alfie Evans’ suffering was similar. He was on life support in Alder Hey hospital in Liverpool with a progressive neurodegenerative disease. The hospital decided that it could do no more. Ventilation would be withdrawn, leading — the experts thought — very rapidly to his death.

When Alfie’s parents objected, Alder Hey applied to the courts. A recognised Italian hospital offered treatment that was unavailable at Alder Hey and still the Liverpool hospital would not release him. Alfie’s father had an audience with the Pope who offered his support. Disorderly crowds — Alfie’s Army — demonstrated rowdily at the hospital. The police were involved. But they were not there to remove Alfie who was, in his father’s words “detained”. Ventilation was eventually discontinued. Alfie refused to die as rapidly as the experts expected.

The parents sought emergency relief from the courts. They wanted permission to rush the child — their child, not the state’s and not the hospital’s — to the Italian clinic. Legal permission was denied. As with Charlie, Alfie’s parents reluctantly had to come to terms with Alder Hey. They agreed a pathway to death and a few days later, Alfie died.

Tafida Raqeeb was luckier. Aged five she had suffered severe brain damage and the Royal London Hospital eventually decided to discontinue treatment, allowing her to die. Her devout Muslim parents had fought a long, tough legal and public relations battle. Eventually they persuaded a court to allow her to be transferred to a clinic in Italy. But how much of a precedent this latest decision presents is unclear.

So what has gone wrong? Much of the fault lies with The Children Act 1989 and with how the courts have chosen to interpret it. The Act insists that the interests of the child must be “paramount”. But who decides what those interests are? If there is disagreement between hospital and parents over, say, whether to withdraw life support, the courts adjudicate. The problem is that, as the cases have built up, it has become clear that the courts’ default position is that medical experts, not parents, should normally have the final say.

In many countries the opposite is the case. The final decision on where and how the child should be treated, lies with the parents. Perhaps that is the way forward for Britain.

We are not Sparta, the Soviet Union or Huxley’s meritocratic, eugenics-dominated, Brave New World. In so far as children “belong” to anyone, they surely belong to their parents, not to the state. The parents should decide.