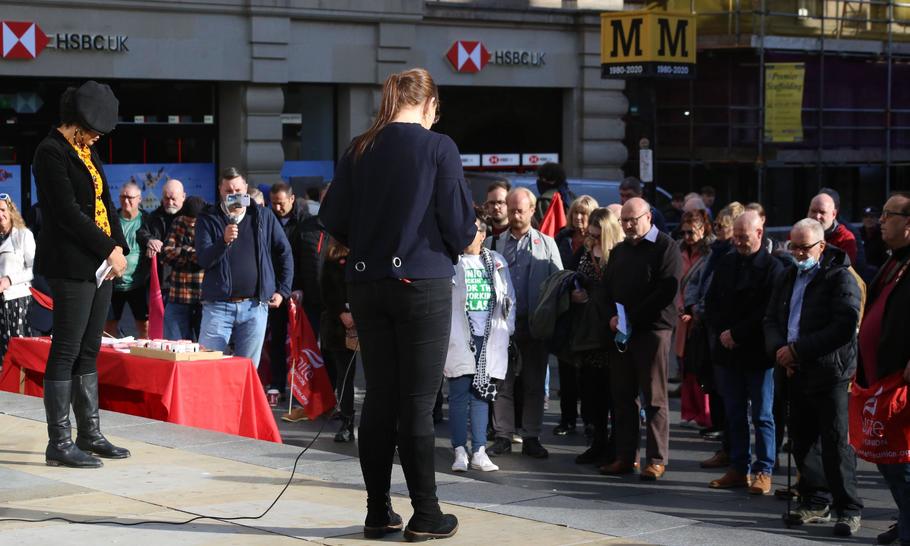 In the days since Sir David Amess was killed, a palpable sense of unease has spread across the country. A much loved and highly respected Member of Parliament is stabbed to death in a church where he is meeting constituents — an assault on the democratic process and an affront to our civilisation. Yet what can we, as a nation, do about it? Parliament devoted two hours on Monday to a special session, followed by a service of remembrance — the least it could do for one of its own whose life was sacrificed in the line of duty. Yet this response, dignified and eloquent as it was, somehow does not seem quite sufficient.

Across the country, other services and vigils have been held, tributes and condolences offered. Ministers have floated everything from enhanced police protection to banning online anonymity. Southend has been granted the status of a city by the Queen, thereby fulfilling one of Sir David’s dearest wishes. His family and friends, even his political opponents, have praised his remarkable human qualities. Those, by contrast, who have had contact with the murder suspect have agonised about whether they missed some clue as to his violent intentions. All this is right and proper, but will it be enough?

Something is amiss. The phrase that springs to mind is: displacement activity. We mourn a fine public servant, but do we genuinely wish to confront what was done to him by a member of the public? What, in practical terms, will be done about what amounts to the assassination of a representative of our democratic system in broad daylight? This is hardly the first time the body politic has endured such a mortal blow. IRA terrorists murdered a number of Conservative and Unionist MPs during the Troubles in Northern Ireland. In 2000 a Liberal Democrat MP, Nigel (now Lord) Jones, was attacked by a man later found to be criminally insane; a councillor, Andrew Pennington, was killed while trying to protect him and posthumously awarded the George Medal. In 2010 Stephen Timms, the Labour MP for East Ham and former Chief Secretary of the Treasury, was attacked during a surgery by an Islamist and nearly died of his wounds. His attacker, who had been radicalised online, received a 15 year sentence for attempted murder, but has never shown remorse for her crime. In four years’ time, she may be released. Most recently, of course, the Labour MP Jo Cox was shot and stabbed outside a library in Birstall, a town in her West Yorkshire constituency of Batley and Spen. Her assassin, who had also stabbed a man who came to her rescue, was a neo-Nazi terrorist; he received a whole life sentence for her murder.

This catalogue of crimes against those we elect to serve us in Parliament makes sobering reading. Because it only includes capital offences, it is only the tip of an iceberg of hostility. Where does this hatred come from and why has it grown to become such a dangerous threat to democracy? We must be in no doubt that such horrific tragedies will deter many otherwise qualified people from entering politics. It is not as though MPs are overpaid: the basic salary is now £81,932, which would not be considered very generous remuneration in most other comparable sectors, either public or private. Many MPs who enter politics from other professions must take a pay cut to do so. Working peers, who devote much or most their time to legislation, are not paid a salary at all, only a daily attendance allowance. To expect our legislators to risk their lives as well is asking a great deal.

Yet a widespread public perception is that Parliament is full of fat cats who exploit their positions for personal gain, who are lazy, obsessed with power and/or sex, and frequently drunk on duty. A few MPs are indeed a disgrace. Last week, for example, Claudia Webbe was convicted at Westminster Magistrates’ Court of conducting a campaign of harassment against another woman, including threatening to throw acid and to send explicit photographs to her children. She will be sentenced next month; the judge has indicated that her offences would normally warrant a custodial sentence. In the case of  an MP, one would expect the punishment to include an exemplary element, particularly as the judge concluded that her evidence in court was untruthful. In the past, MPs found to have perjured themselves have gone to prison for that offence alone.

Yet to dwell on the crimes and misdemeanours of MPs, as all forms of media commonly do, is grossly unfair when it goes far beyond holding them to account. To tarnish this most precious institution for the sake of corrupt individuals is to give cover for those who hate democracy itself. We urgently need to restore the standing of Parliament and remind the public of what MPs actually do for their constituents and their country. The death threats and general vilification that MPs, peers and their staff endure is intolerable.

Nothing that the police and security forces can do to protect Parliament, however, will necessarily stop determined terrorists from attacking members. There is a difference between the relatively large numbers of people responsible for the torrent of hatred that fills social media, some of which is directed at politicians, and the small minority of individuals who are capable of going out with murder in their hearts. The intelligence services are highly skilled at detecting and monitoring the use of terrorist language online, but they cannot always be expected to know who has been radicalised to the point at which they become violent and dangerous.

It is good to know that the Government’s review of the Prevent scheme is considering narrowing its focus to give greater weight to MI5 and counterterrorism police. The review will recommend that the role of teachers, the NHS, religious and other community representatives should be reduced, The Times reports today (behind a paywall). We can have confidence in the man leading the review: William Shawcross, the distinguished writer and former chairman of the Charity Commission. He can be trusted to give paramount importance to the security of the public and particularly of Parliament, while ensuring that civil rights are properly safeguarded too.

Beyond such measures, it is hard to know what more can be done by the authorities. We certainly don’t need more displacement activity. Perhaps the onus should shift back from the state to the opinion formers. We need a wide-ranging, open-ended debate about where to draw the balance between counterterrorism and freedom, democracy and society, Parliament and the public. If we, the British people, can reach a consensus on these matters of the utmost importance and then make a new covenant with ourselves to embody it, Sir David Amess will not have died in vain.