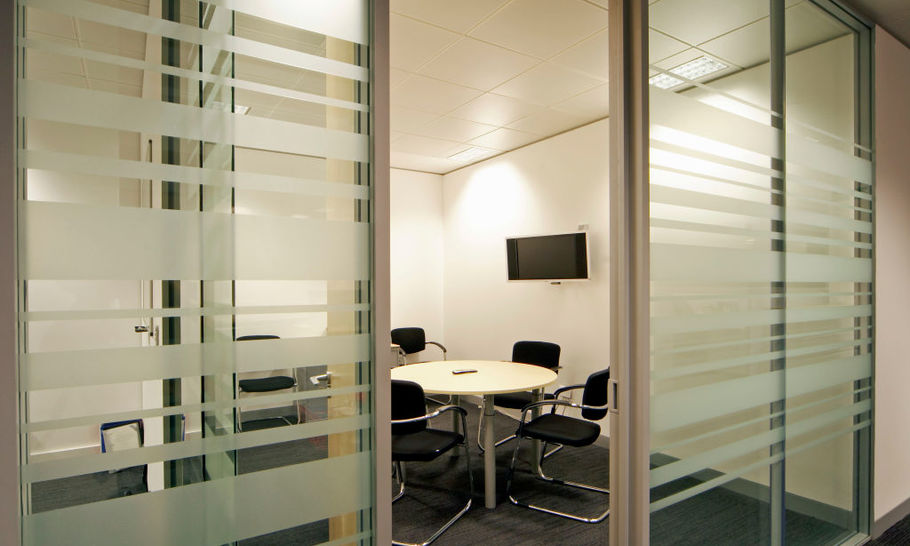 One of the most brilliant things about the original version of “The Office” was the soundscape. The noise of the photocopier and the plastic clack of the early-2000s PC keyboards was so evocative and so accurate that it was almost too much. The beige colour scheme, the sound of hushed telephone calls in the open plan office and the terrible social awkwardness brilliantly captured the daily lives of millions of people.

“The Office” also seemed to confront us with the absurd reality of what many of us had become. What did it mean that we voluntarily spent our lives in often poorly-ventilated rooms, usually in large, anonymous buildings in towns or city centres? What did it say about us that we sat at a desk for nine hours a day, pausing only to go out for a cardboard sandwich at lunchtime?

It’s not just a practical question, but also an emotional one. As Tim, played by Martin Freeman, so memorably said: “The people you work with are people you were just thrown together with. I mean, you don’t know them, it wasn’t your choice. And yet you spend more time with them than you do your friends or your family.”

We now face the possibility that the age of the office is coming to an end. Covid-19 has already confined hundreds of thousands of office workers to their own homes, leaving city centres, office blocks, the sandwich bars and after work pubs empty. Our pattern of life has changed and now that Boris Johnson has once again advised people to work at home where possible, those changes will become even more ingrained.

If the age of the office has passed, is that something we should mourn? Has something valuable been lost? Or should we welcome the decline, and possible fall, of the office?

I think that yes, we should. First, some caveats. I say this as someone lucky enough to have space at home where I can work. It’s not a huge great office: I’m in a sort of tunnel in the basement, at a desk I’ve had since I was a kid, with the boiler gurgling away behind me. But still, I have that space. I’m aware that a lot of people don’t.

I also know that there are trades and careers where you work with your hands, where you provide care or medical attention, or work in a pub, factory and so on. Huge amounts of the workforce do not work in offices at all. But millions do. Some of those office workers will learn on the job, and for them, sitting alongside experienced colleagues is vitally important. For these people then, yes, the office is important. But there are huge numbers of people who could quite easily work remotely. It seems very clear that, overall, the personal, environmental, social and political benefits of breaking the iron bond between employee and office would be enormous.

For one thing, getting rid of the daily commute is a thing of wonder. I spent fifteen years slogging across London in the rush hour, usually on the Victoria Line. Saying farewell to all that means that the panic of getting up and out first thing is suddenly gone. You also get to speak to your other half in the morning. You get to spend more time with the kids. You can take them to school. You participate more in your own life.

What’s more, when you sit down to work, you do so in a completely different frame of mind. You are calmer, more clear-headed, in a better mood altogether. You are in many senses a better, more capable employee than the one who’s just been chucked off a faulty train at Stockwell and who had to fight their way onto the next service, only to spend 20 minutes embedded in a fellow commuter’s armpit on the way up to the West End.

After London, I moved out to Somerset and spent five years taking the morning train to Paddington. That line has now been converted to take electric trains, but before that it ran diesel engines. The level of pollution was extraordinarily bad. My carbon footprint was big. Very big.

And that was just me — imagine the country’s entire annual emissions from commuting. Image if they were to vanish for good. During the first lockdown when large numbers of people stopped commuting, carbon emissions in the UK fell by 27 per cent. In Los Angeles the famous smog cleared, giving a piercingly clear view of the snow-capped mountains beyond, a vista that hadn’t been seen for years. The reduction in pollution in China was so great that Nasa detected the fall in nitrogen dioxide from space.

It’s not just the environment. There would also be social and political significance to breaking the bond between worker and office. Before the pandemic hit, one of the UK government’s aims was to “level up” the country, that is, to encourage more economic activity in areas that were considered left behind. London and the southeast have traditionally been the most well-to-do parts of Britain. The aim was to make that wealth and economic activity more widely dispersed.

The demise of the office would help this dispersion, in that it would largely remove geographical considerations from recruitment. A person would no longer need to live in London in order to work for a company based there. That immediately throws open all sorts of careers, many of them previously dominated by city-dwellers, to anyone. Everywhere. That’s leveling up.

It also means that there’s no need for a company to be based anywhere in particular at all. The idea that a firm needs a building as its centre of operations will soon come to seem as old fashioned as the idea that to speak to a person you have to phone the building in which they happened to be. That idea seems ludicrous now — we all have mobile phones. You call a person nowadays, not their building.

The point is that cheap, everyday technology means that work is translatable in space — that is, the output you create in one place is the exact equivalent of the output you could create in another. Sometimes your output can be better. Sitting in the office all day surrounded by other people can be pleasant and sociable, but it can also encourage groupthink. Opinion within institutions can often gather together around certain assumptions. The home worker, alone at their desk, is free of this, and much more prone to individual, innovative thinking. It was notable that during the Financial Crisis of 2008 it was the trading desks and big finance houses that roared ahead towards disaster. The ones who spotted the problem were the outsiders, the lone analysts and fund managers, who weren’t caught up in the disastrous herd behavior.

For many of us, the end of the office is nigh. And I think that’s a good thing. It will make us more productive, happier, less polluting and could well make society fairer. It’s also worth recalling that office space is idiotically expensive. There can’t be a business manager in the country who wouldn’t jump at the chance to scrub the monthly rent figures from the company’s P&L.

In these dark times, it’s hard to be optimistic. But it is perhaps heartening to think that the world that eventually emerges from this pandemic might just be better than the one that went into it.