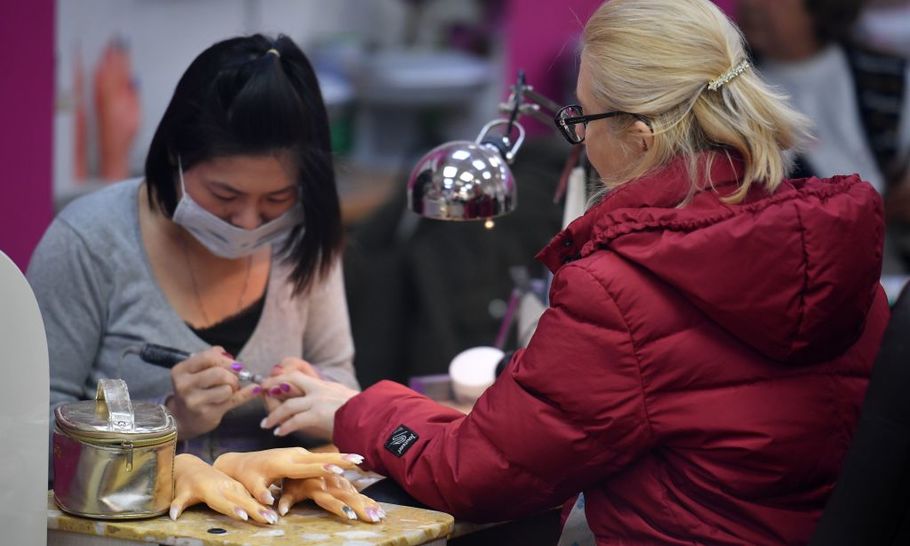 Following last month’s discovery of 39 bodies in a lorry in Essex, British police have finally confirmed that all of the dead were young Vietnamese people, doubtless lured to the United Kingdom on the promise of jobs and a much better life than they could hope for in their homeland.

Police say the 31 men and eight women – including 10 teenagers – froze to death on the voyage from the Belgian port of Zeebrugge to Grays, a town 20 miles east of London on the bank of the River Thames.

To date, police have charged the lorry driver with 39 counts of manslaughter, as well as charges of people trafficking, and immigration and money laundering offences. In Vietnam, police have arrested eight people in connection with their inquiries into the deaths.

The incident highlights the way in which the UK has become an epicentre for trafficked Vietnamese nationals in Europe. For years, Vietnamese migrants have been trafficked into the UK in trucks arriving from Belgium or France – so this latest incident would seem like nothing out of the ordinary. But what has shifted in recent years is the age of the people involved – they are getting younger and the tactics of their traffickers are becoming more dangerous.

Moreover, this case exposes not only the rise in human trafficking, notably of young Vietnamese people, into the UK, it also raises concerns about the capacity of EU states to curb people-trafficking gangs and to protect vulnerable trafficked individuals. A report in March this year by two British charities, Anti-Slavery International and Every Child Protected Against Trafficking UK (ECPAT UK) highlighted how EU governments “pass the buck” when it comes to protecting trafficked Vietnamese children. The report found Vietnamese children suffer horrendous exploitation and abuses in transit in EU countries on their way to the UK.

For the past year, I have been working with the Lost in Europe cross-border journalism project investigating the continent’s missing child migrants. The issue of trafficked Vietnamese young people has become a pivotal part of the project, as they are trafficked to eastern Europe and then on to transit countries such as the Netherlands and France. And from there on to Britain.

The case also highlights how Vietnam has, in recent years, become a trafficking hotspot and the UK the end destination for a vast human trafficking operation that starts in Southeast Asia and routes through Russia to Europe. Most Vietnamese who are trafficked into the UK work in nail bars, as well as on cannabis farms and, in the most extreme cases, in forced prostitution.

It is true that in recent decades, Vietnam has substantially cut poverty rates to become one of the world’s fastest growing economies. Nevertheless, it has a surplus of labour, and the opportunities of economic growth have not extended to all. This has naturally led to a situation in which many young Vietnamese people regard migrating abroad as a way to escape pervasive, grinding poverty that they see no way out of, in order to earn money to send home to support their families.

Official UK figures show that hundreds of Vietnamese nationals are trafficked into the country each year – though the actual figure could be much higher; it is, after all, a black economy. Vietnam has for years been ranked among the top three sources of people trafficked to the UK, according to the British government’s national referral mechanism (NRM). The figures show that between 2009 and 2018, 3,187 Vietnamese nationals were referred to the NRM.

In recent years, as safe, legal routes of migration to Europe have diminished, migrants have chosen to take ever riskier journeys to reach the promise they believe the West generally, and the UK in particular, can offer.

For Vietnamese nationals, the journey to the UK can be dangerous and deadly, and can take months. For example, evidence we have seen shows that children are often passed off as adults, and many arrive on counterfeit passports. They travel via China before arriving on the edges of the EU – for instance, in Russia – before making the clandestine trip overland to Western Europe.

Of course, as with all illicit activity, it is money – in vast untraceable amounts – that fuels this business in human cargo. People trafficking gangs in Vietnam can charge anywhere between $10,000 to $40,000 per person, according to the charities’ report. The family of one of the people found dead at Grays, 26-year-old Pham Thi Tra My, said they had paid people smugglers – known across Southeast Asia as snake heads – £30,000 to get her to Europe. After her body was found, heartbroken family members said they had received a text from her saying: “I am dying. I can’t breathe.”

Once trafficked Vietnamese arrive in the UK, they face extreme pressure to start earning money to send back to their families. This exacerbates their debt bondage, as they must also work to pay off the cost of their passage, which their families and sponsors have already handed over to the snake heads.

Our investigations have uncovered cases of Vietnamese children escaping immigrant shelters in the Netherlands in order to meet with contacts of their traffickers and start earning money in the grey economy of nail bars, cannabis production and the like.

Earlier this year, we found that at least 60 Vietnamese minors had disappeared from Dutch shelters. Most of them are aware that their status is undocumented, and they are desperate not to be caught and deported.

What motivates Vietnamese nationals to risk their lives to reach the UK is the very real chances they have to earn thousands of pounds to repay the cost of their passage and remit money home. Documents we have seen from the Dutch police suggest that Vietnamese who were successfully smuggled into the UK can earn up to £2,500 cash a month. This is vastly more than they could hope to make in similar jobs elsewhere in Europe.

Much of the recent coverage on migration in Europe has largely focused on migrant boats arriving in Italy from North Africa. What is often overlooked is that Asia remains an important source of trafficking into Europe – and Vietnam is at the epicentre of this insidious trade. The Grays case has exposed the weaknesses of the measures in place in the UK to counter this conveyer belt of human smuggling into the country – and the tragic toll that it too often takes on those willing to risk the journey that will help their families rise above the poverty that blights their country.

Ismail Einashe is a member of the Lost in Europe cross-border journalism project investigating the disappearance of child migrants in Europe.